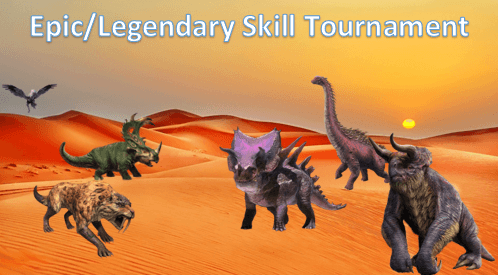 EDIT: This tournament was intended to allow ALL creatures but was deployed as HYBRID ONLY. Ludia has confirmed this was an error and that they will NOT be changing it this weekend. They have also confirmed that next weekend WILL follow the format listed, so your Rexy investment should be viable as planned. Please read this article with that in mind. Should this have a significant impact on how any creatures are talked about, we will try to update that information.

It’s tournament time again, and this time we’re doing one of the worst formats out there: Legendary All!! Yeah you all know what's coming. IgorRu of the Russian Arachnids has written you all up a handy little guide on what to do and all, so let's hop in. 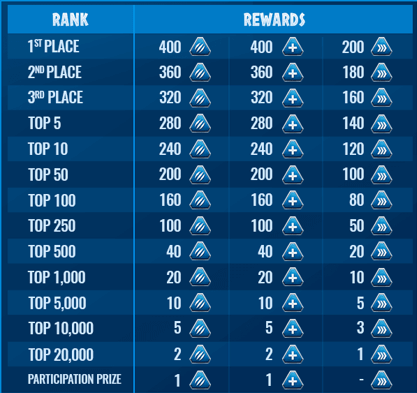 Rexy is the undisputed best creature in the format. The number of viable counters she has can be counted on one hand's fingers with fingers to spare (and I'm not including the thumb). Her roar, which is not only a priority group attack that deals 1.5x damage, but then boosts her attack for the next turn and boosts her speed up to 133 speed.. As well as her ability to hit creatures that is about to replace. All this makes her the strongest Dino in the legendary format at the moment.

Thylaconyx - with decent health and damage, as well as a wonderful set of abilities (gain, blood devouring, group strike), he is definitely one of the best creatures in this top. If you have no immunity to rupture and less than 0.4% of the total hp is left, then be careful.

Fukuimimus - treatment-treatment-blow) Looks like this is the scheme of the game for Fukuimimus. With great health, good damage and a huge opportunity to be treated, Fukuimimus will be one of the most annoying creatures here. Very few are able to destroy it 1 on 1.

Ankylodactylus is a flock with speed, shields, evasion, distraction priority impact. This is a classic image of cunning with elements of resilient. He is one of the best starters here and also an excellent revenge killer, second best to Rexy and Tarbognathus in this format, and it is also one of the few Dinos capable of destroying Rexy 1 on 1.

Tarbognathus - flock with a large amount of damage, little HP and high speed. You think this is description of cunning, but no. This is a ferocious pack that is the best RK in this format. His strike on escape ability allows you to trap an unsuspecting opponent. If you are sure that the opponent goint to switch, just swap on tarbognat first. You gonna like the result)

Lystrosuchus is the first switching flock. It has good damage and an excellent set of abilities. Unfortunately, you lack good turn 1. If you have 1150 hp or less left, then you should be wary of it.

Dreadactylus is another very annoying creature. If it swaps in, then for 2 attacks he will get 100% evasion for 100% damage, just like his rare ancestor and counterattack with vulnerability. All this makes Dredactylus a worthy Dino to use. Also you can swap in on Rexy's roar and kill her.

Ankylomoloch - armor, shields, a decent amount of health and invulnerability (if less than half of the HP is left when you use alert shields). But beware - Thylaconyx and Rexy can wait for him around the corner.

Coelhaast is a flock that kills most other flocks, thanks to a group strike. Coelhaast is a fast and maneuverable pack that can run away and then come back a little while with heal. But unfortunately, now he is falling out of meta.

Megalotops - evasion, counterattack and distraction are the main pros of Megalotops. Fierce tremble at the sound of his name, but be careful if you meet resilient.

Argenteryx - two rages, good speed and ability to heal makes Argenteryx the best flock in epic format. In the legendary ones, it becomes weaker, but it is still relevant.

Eremoceros - evasion, distraction and shields - fierce should not get in his way, but he is just as vulnerable to the resilient as his epic brother.

Enteloceros - strengthening, slowing down, rage and healing - an excellent set of abilities, but still something is missing. It's still a solid choice, but there are definitely better options here.

Segnoraptor - a fast triple-hitting dino. What could possibly go wrong? Unfortunately, the newcomer does not feels to have a bright future. He has too little health, but is still a good RK in this format.

Tragodistis - While Tragodistis is a solid legendary in hybrid only, Rexy kind of ruins its fun. It is still a dangerous creature if you lack a fierce

Good luck to everyone this weekend and hopefully Rexy doesn't cause too many ragequits. Also make sure to dart all the epics this weekend, as there are a lot of them with part 2 having only continentals. Thanks for reading!.