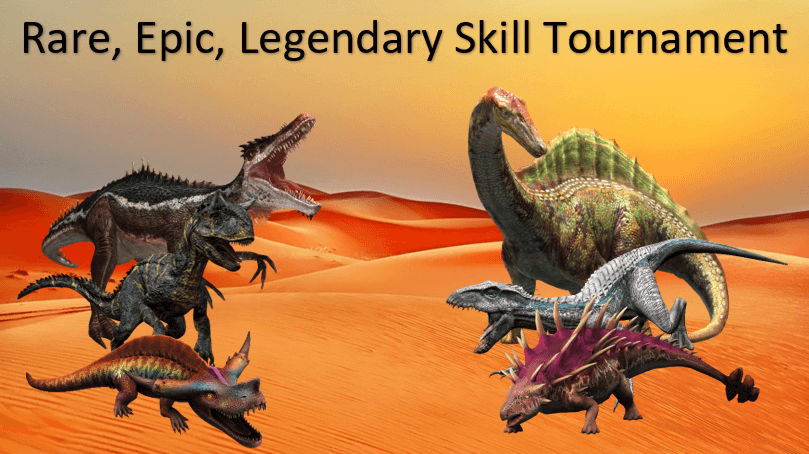 It's tournament time again and this week is definitely not as restrictive as last week that's for sure. However there are still many threats that'll cause serious issues. So it's my job to help you find what's going to be popular and how to deal with it.

This tournament has legendary, epic, and rare creatures minus a few like Megalotops, Titanoboa, and Woolly Rhino. This is a brand new format and this type of tournament is a welcome change by many players like myself to mix things up a bit. The rewards are boosts, so you'll want these. 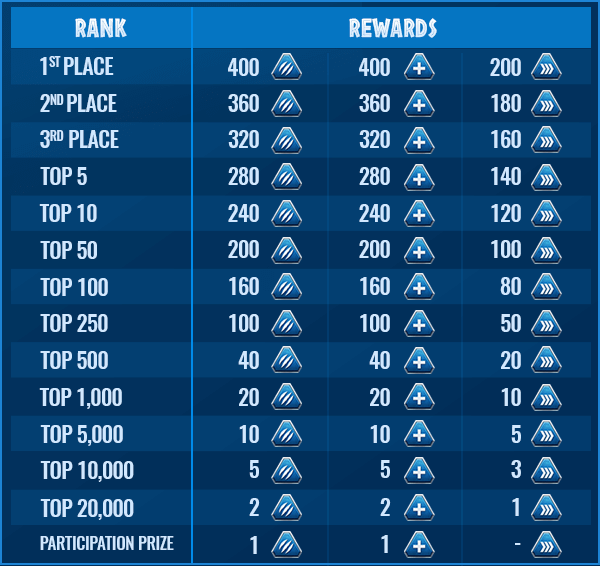 First up we have the big bad of the tournament. Fukuimimus is going to be a real pain to deal with because not much can deal with it. It keeps healing and has a busted resistance set, one of which is a 50% stun resistance, denying Ankylomoloch a free switch and Ankylomoloch is probably the only reliable counter out there. However it can heal, speed up, and deal big damage thanks to its 2 healing moves, rampage, and counter. If you have this, use it. (edited)

Next up is another big bad. Ankylodactylus is the first hybrid flock without rally healing abilities, but this was probably for the best as it would be broken with them. Resilience took a big hit with the introducing of the next 2 legendaries on this list, so Ankylodactylus is loving this lack of big resilients. It has options to deal with every class, and all of its moves have 2 different effects that are super beneficial to either it's offensive position or defensive position. And with great resistances, armor, a swap in, and an on escape, you have to look out for this.

Oh boy more flocks. Tarbognathus is one of the new kids on the block, but it's made its presence known. With the highest damage of any flock, 2 impacts, and a priority basic attack, Tarbognathus is something to watch out for. And when it comes to swapping out, don't. Tarbognathus has on escape impact, which also pins by the way. Oh boy.

And just when you thought you were finished with all the flocks, look who decided to show up. Coelhaast has been around for a long time, but it's still holding its own for sure. However, it's now on defense these days. It's one of the few creatures that can deal with both of the new legendaries as well as some other popular picks. With high speed and good output, as well as a buff to restricted group distraction, Coelhaast still manages to cling on.

Thylaconyx was the other new legendary, and it's probably even stronger than Tarbognathus. With a new devouring ability, Thylaconyx can passively heal over time. It also has access to crushing prowl, guaranteeing it a critical hit and boosting its damage. And with a counter and a group shattering rampage, Thylaconyx hits like a truck. Oh and one more thing, it's got the Dracoceratops swap in. It may not win any beauty contests, but it'll easily win matches.

Ankylomoloch is still knocking about. With a pretty safe swap move, a good moveset, good stats, and good synergy, Ankylomoloch is going to have a lot of work on its plate. With its many shields, it's one of the few creatures that can deal with Fukuimimus, and with its rampage and run, it can swap to a powerful swapper like Thylaconyx. But Ankylomoloch is probably the best resilient in the format.

Next up is a dedicated swapper in Megistocurius. Megistocurius has the highest guaranteed swap damage in the format at 1400 on a shattering strike. It also has access to no escape as well as a priority shield and resilient impact as well as defensive rend, which you don't use all that much. Overall solid legendary, but odds are you'll rarely use it more than twice in a match. (edited)

While not the most amazing creature right now, Enteloceros still has a lot to offer. With a good set of resistances, good bulk, and good offense, Enteloceros isn't a bad choice. Yes many things have kind of pushed it out of the meta. However you should not underestimate it at all. It still packs a serious punch and can give some of the newer legendaries a bit of trouble.

Diplodocus recently got a massive buff to the point where it can be viable in a format like this. With high damage, high hp, and a decent kit, Diplodocus now can use that high attack stat turn 1 without fearing stuns. And with its new distraction resistance and its shields and bulk, it is a decent option for Fukuimimus.

As for all the flocks, Argenteryx isn't a bad idea either, with 2 rampages, a precise cleansing group attack, and a rally heal on escape, Argenteryx can be a nuisance to deal with. And with swap in distraction, it can give the new fierce a bit of trouble.

That's really it for the format. There are a few other options like Mammotherium or Carnotarkus, but these creatures have been powercrept out of the meta. Also, special mention to Dodocevia who has access to a better version of alert peck right now, so watch out for that potentially. Thanks for reading, good luck, and happy playing!