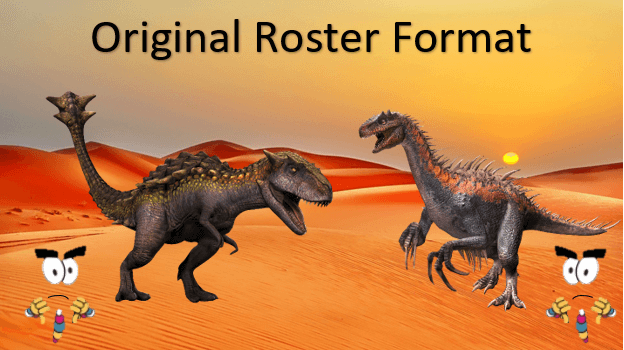 Let’s not beat around the bush here. This format is pretty bad. Unlike the last balanced format, which was manageable, this one is anything but. So, let’s get this weekend over with. 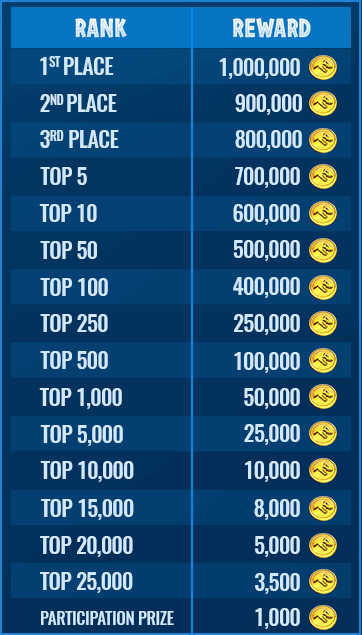 So the format only allows 1.1 creatures and only 2 from each rarity. That means your best team is probably the 2 uniques, 2 legendaries, 2 epics, and 2 rares. See why this is a bad format?

First up, use Trykosaurus. It’s the best in the format. It has 0 100% counters when it has access to rampage and only Spinosaurus and Secondontosaurus can kill it when it has the rampage on a delay. Other than that Allosinosaurus or Gorgosuchus can win with critical hits.

Next up there are a few decent legendaries to choose from. First up is Allosinosaurus. You have a shot at killing Trykosaurus as well as many of the Trykosaurus counters out there.

Another legendary to choose is the best swapper in the format. Monostegotops can kind of hold off Trykosaurus with its distraction and stunning abilities, as well as sitting at a good speed tier for the format.

Ankyntrosaurus is a bulky creature with a bit of offense behind it. It has solid armor, a resilient counter to deal big output, and good forms of speed control. Not as good as the first 2 legendaries, but if you want to deal with Erlidominus better, here you go.

Rajakylosaurus is another good Erlidominus counter, but far more passive than Ankyntrosaurus. With less armor, speed, but with 3 shielding moves, 2 of which have priority, and resilient strike, Erlidominus isn’t going to break through anytime soon. However, you are very prone to a free switch into a fierce when you use priority shields.

Gorgosuchus is really only on here because it has a decent shot of taking down Trykosaurus while also outspeeding most of the popular creatures like Secondontosaurus. But the meta is so based around Trykosaurus that you may have to dust off this thing.

Spinosaurus is probably the best rare in the format as it can actually kinda kill Trykosaurus. It can trap Trykosaurus and bleed it out. It can also do this with other creatures like Allosinosaurus and Amargocephalus.

Another decent swapper is Einiasuchus. With less bulk than Stegoceratops but more speed, this rare does have the fortune to be able to pick off Trykosaurus after a quick little swap on it.

As for rare Erlidominus counters, Wuerhosaurus is your best bet. With good bulk, bellow, decent output and speed control, Wuerhosaurus can make short work of that speedy unique.

Dilophosaurus is the best of the rare cunnings thanks to its good bulk and good output as well as its decent speed tier. If you don’t have Erlidominus on hand, Dilophosaurus can take care of most of the counters to Trykosaurus as well as deal big damage to anything else.

Finally, you shouldn’t run commons if you have a full set of rares though uniques for this tournament, but if you lack some creatures, there are still 2 good commons that are luckily easy to get for lower players. The best common is another swapper in Triceratops gen 2. With good bulk for a common, a rampage, and more speed than Trykosaurus, this common is able to compete with the bigger dogs.

Velociraptor is a very linear common. You bring it in, pounce, hopefully don’t die, then save it for later or pick off the remaining hp of that creature to use another pounce on whatever comes in next. It’s the fastest thing in the format, so that’s another good thing.

If you lack a good fierce, Allosaurus or Ophiacodon are also good common options. One has good turn 1 options while the other has a higher critical hit chance, a better set of resistances, and a rampage. Both are OK options, but you shouldn’t really be using them if you don’t have to.

That’s really it for this weekend. Sorry there wasn’t much effort thrown into this, but I mean Ludia barely threw any effort into making this format, so it fits. Their heart is in the right place, but the execution was just so bad that I would have to put my foot down and say this is probably the worst tournament format ever. When creating a balanced format, there should only ever be 2 rarities, with those rarities being adjacent to each other. Like the common/rare format last week was an example of how to do this format the right way. Well, anyways, good luck to everyone out there. Hopefully you don’t get screwed by deck RNG and don’t forget to dart your unique on Sunday.