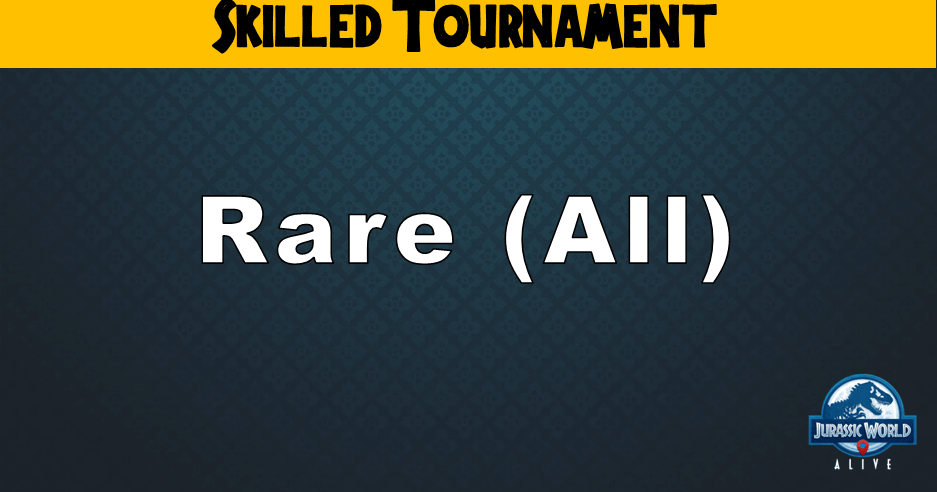 Alright! Time for something fresh & new! *taps earpiece* Oh wait. I’m hearing we are getting repeats of alliance championships now. I’ll do something I don’t do often & give Ludia the benefit of the doubt that this is just a ‘do-over’ because they royally screwed up the 1st attempt at Testacornibus. If next month’s is another repeat I don’t even know if I will do a write up because why should we care if those who run the game don’t?

I want to thank MattE as always for providing us with the sims! His field guide app is amazing and its highly recommended. He has put in a ton of time & effort into his app and its very nice to know that there are people out there willing to put time & energy into things to make sure that they run correct. 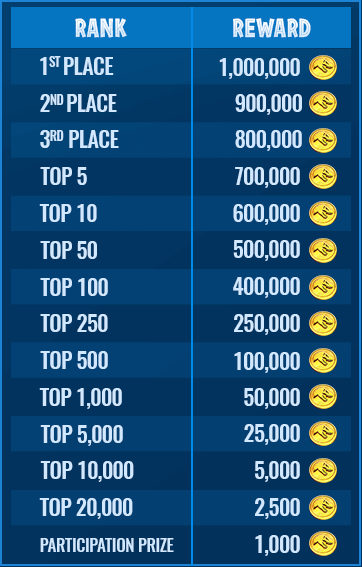 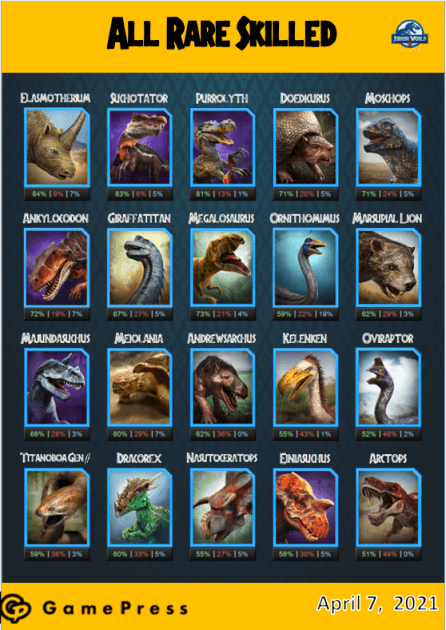 As always, I don’t recommend just grabbing the 1st 8 creatures and running to the tournament lobby. You are going to want to have some team synergy. These are creatures we are all familiar with because well the formats never change. I would love to see something different. Something where they are just maybe excluding certain creatures or move types. Imagine a tournament where it was like “no stunners allowed” or “no rending attacks” or “no creatures with swap in attacks”. Just something fresh. There are a ton of things that they could do with these but instead here we are. All rare creatures. So you know what that means. A lot of swapping. A lot of speed ties. A lot of RNG.

We could sit around and discuss each creature with little tidbits on how they’ll do but honestly does that matter? Here is what you need for this format:

Ornithomimus- Evasive strike, instant distraction & rampage & run. My preferred cunning creature because of the ability to run and resistances.

Kelenken- Evasive strike & raking claws are the moves you’ll use here. Sidestep works well when it works vs the cunnings and fierce. Resistances aren’t as good as Ornitho’s.

You can see Oviraptor & Arctops listed here but they are going to just die so I wouldn’t use those.

Andrewsarchus- You know the drill. It kills everything slower than it in 2 moves.

Elasmotherium- This is the top creature in all these tournaments and always seems to underwhelm. It has it’s moments and has a good moveset but it just ends up being meh. Not sure if its because of the speed or what. I still use it but I always expect more.

Moschops- Moschops is fun. The swap in slow is nice & its revenge move is great.

Dracorex- Swap in resilient basically makes all cunning creatures useless except for Kelenken & Ornithomimus. Instant charge is great when it stuns.

Ankylocodon- The best overall creature that counters suchotator but also can stand alone and hold its own. Dimetrodon is solid from a pure fierce standpoint.

The swap in stunners will be run also:

Nasutoceratops- Nasuto is the preferred swapper. It has 100% resistance to swap prevention also it’s DNA is the crown jewel of this month’s alliance championship. Nasuto has a good moveset & can really put a hurting on Andrewsarchus before bailing. Thank goodness they changed the name of its move from “distraction” to “reduced damage” because otherwise I would have never known what was going on. Anyways “reduced damage” has 0 cooldown so you can just spam it.

Einiasuchus- This is a very viable creature and even finds it way on my team from time to time. The only swap in stunner with an impact move. 20% armor is nice also. It speeds up to 122 after dig-in. Remember that.

Triceratops- The worst overall of the 3 swap in stunners. Some people use it. I’m not one of those people and won’t be. Its perk is its 111 speed but it has less health than Einiasuchus.

-Einiasuchs & Triceratops speed up to 122 after a dig-in

-Dracorex does not kill Ornithomimus on a swap in without hitting a crit on the swap in or from the impact. But Ornithomimus does kill Dracorex in that scenario

-TitanoboaG2 vs Nasutoceratops: both creatures go to 0 speed after 2 long decels vs 2 shielded decel strikes. Meaning you are now in a speed tie.

-TitanoboaG2’s on escape move does not protect if you swap to purrolyth. The rending counter breaks the shield. In fact purrolyth does 1088 damage on a rend to Titanoboa. So if snake has under 1088 health feel free to swap to a full health purrolyth to kill it on the counter.

I will try to update this as the weekend goes so make sure to check back often for more of these important notes.

What team am I going to run? I’ll probably start Ornithomimus, Suchotator, Purrolyth, Andrewsarchus, Nasutoceratops, Dracorex, TitanoboaG2, Elasmotherium to begin with and I’ll make adjustments along the way. Adjustments are the key to victory here. That and clicking fast & landing your stuns but definitely make roster adjustments also. You can’t just set something and then adjust every few months. It makes things stale *cough cough*.