Mutual Fury Unravelled: How to (not) use Mutual Fury! 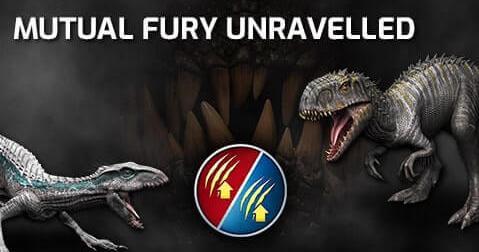 Before we start: Yes, this is a re-upload. All my articles got wiped because my account had to be reset. So now I’m re-uploading my old articles but editing them to be more up-to-date with the current game! This is particularly the case in this article, where it is basically rewritten from the ground up! If there is any particular article or guide you want me to re-upload, shoot me a message on Discord.

Explorers! Time for a battle-related Guide! Today we will be breaking down Mutual Fury! This unique move was added in update 1.9 with the introduction of Indoraptor G2 and Indominus Rex G2 and has been the source of many satisfying (and less satisfying) moments for JWA players who use it! In 2.14, Mutual Fury has become only a bit more widespread, but it certainly has increased in usage and usability! In this article, we will be covering how to use Mutual Fury at its best, to make sure that you can make the most out of this risk/reward move!

What is Mutual Fury?

Credits for this image go to the JWA Field Guide!

The following creatures all have Mutual Fury:

Almost all of these creatures have a very practical use for Mutual Fury that will allow them to quickly utilize the boosts they have received, and this effect might even be useful in a Raiding perspective! I will showcase you a number of scenarios where Mutual Fury will work absolutely amazing, and how you will lose the match instantly if you use Mutual Fury in a wrong way.

When to use Mutual Fury

Mutual Fury is best used in a couple scenarios. One of them is when your opponent is just a bit faster than you and you can kill them with a Ferocity boosted attack. A good example of this would be a situation where Entelochops faces a wounded but slightly faster Magnapyritor. Entelochops will be able to use Mutual Fury, cleansing any Distraction Magnapyritor will use on it, and then outspeed it the following turn. This means that Entelochops will quickly dispatch of the Magnapyritor with its Revenge Shattering Rampage, as Magnapyritor has no priority attacks to make use of its one turn of Ferocity.

Another use for Mutual Fury will require a bit of predicting. The following scenario is relatively common in Legendary Tournaments, where Indoraptor G2 will face an Allosinosaurus and just barely doesn’t have the muscle to KO that tanky theropod with one Impact. If you know that Allosinosaurus will use Instant Charge the following turn, meaning it will strike first, you can opt to select Mutual Fury to get your Boost after the Allosinosaurus has already struck you. However, one misprediction on your side, and you’re toast. What I want to say with this is that Mutual Fury is not a move you’ll want to throw out willy-nilly. You need to be able to read the situation in battle to see whether or not you want to use it. Do you survive a hit? Does the boost allow you to KO the opponent in return? Will you be faster than the opponent? It might be a good thing for you to keep a mental note on how fast your creature becomes after using Mutual Fury. You can easily find this out during a weaker Strike Event or Campaign. This will help you use Mutual Fury more optimally and avoid situations where you wished you had just used an attacking move instead.

I’ll list off a couple of scenarios where it might be useful to use Mutual Fury. Note that not all of them will act exactly the same in the Arena or in Tournaments. These are all theoretical examples and should not immediately be followed to the dot. Instead, keep what I said in the last paragraph in mind and make a judgment call on whether or not Mutual Fury is the best, or attacking is the best option.

Of course, there are many variations to these situations, and they won’t always play out how you want them to. But they should provide some insight on how you want to use this amazing move!

When NOT to use Mutual Fury

This is a simpler section luckily. I can list all sorts of situations if you want, but I’ll be very brief here and only list the most important scenarios to not use Mutual Fury.

Those are basically the four commandments of NOT using Mutual Fury. There are a lot of other scenarios I can go into, but if any of the following happen, be smart and do NOT use Mutual Fury.

After its rework in 2.0, Mutual Fury became an attack that got a lot of use in Raids. I will go over two strategies that capitalise off of Mutual Fury and the various ways you can safely use it in Raids. 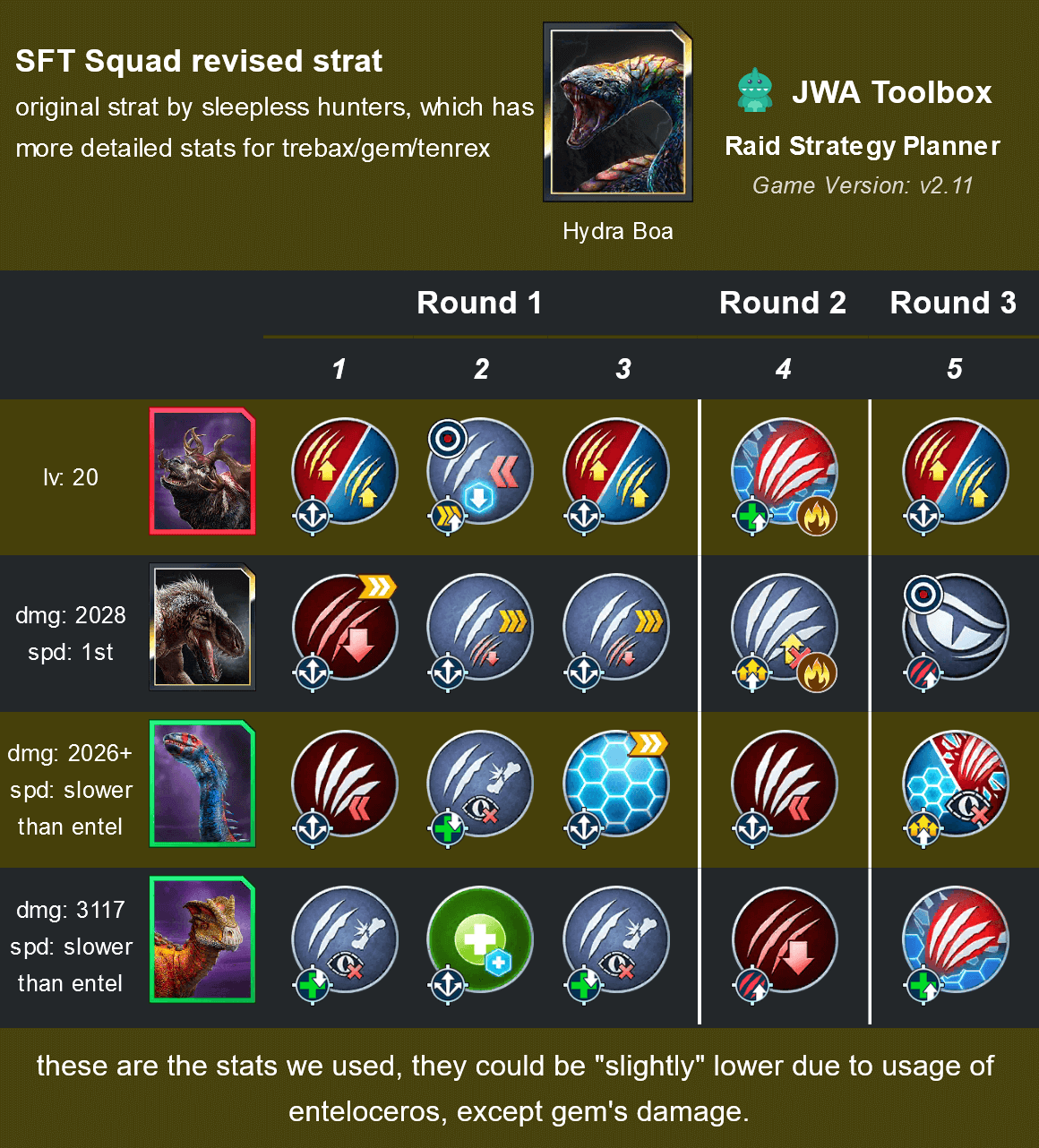 Credits for this image go to the people mentioned in this image!

The very first strategy is a 5-turn Hydra Boa strategy that relies on Mutual Fury to reach damage marks that otherwise would be impossible to achieve. It shows three options of blocking any attack that might come your way, and still capitalising off of your Mutual Fury boosts! As you can see, Enteloceros is the key here, using Mutual Fury on T1, T3 and T5, so basically every time it comes off cooldown. This gives Geminititan the damage boost it needs to get rid of the Minions in one Group Decelerating Rampage, eliminating those the moment they hit the field. The incoming damage from Hydra Boa is reduced by the Gorgotrebax using Group Instant Distraction on T1, Geminititan using Group Invincibility on T3, and Hydra Boa won’t even be able to attack on T5, meaning no damage reduction needed. This is a perfect example of a strategy working because of Mutual Fury, as its short cooldown and great effects let it provide boosts that no other move can.

Credits for this image go to the SleeplessHunters!

This is a strategy for the new Albertospinos Raid, focusing on Mutual Fury once more. As you can see, each first turn of each round, Indoraptor G2 will use Mutual Fury to boost Thoradolosaur, Troodoboa and Parasauthops’ damage output to KO the minions on each first turn of each round, and chunk Albertospinos to KO it a turn later. The damage increase Albertospinos gets is instantly removed by either Tough Group Cunning Strike from Parasauthops on T1, or Group Cunning Rampage from Troodoboa on T3 and T5! So even if it gets to attack, it won’t be able to utilize this attack boost!

So, to summarize, here are some great combinations to use Mutual Fury in raids:

And that basically concludes it! Mutual Fury is an amazing move, and I am somewhat hoping that Ludia will implement more of these risk/reward moves, as I think they will be amazing to play/strategize with! Now that you know everything about Mutual Fury, be sure to strategise with it yourself and see what you can do! Share your stories of Mutual Fury in the comments or on our Discord server if you managed to make something work! What do you think of Mutual Fury? Let us know in the comments down below or join our Discord to discuss this amazing move with us! We hope to see you on there!