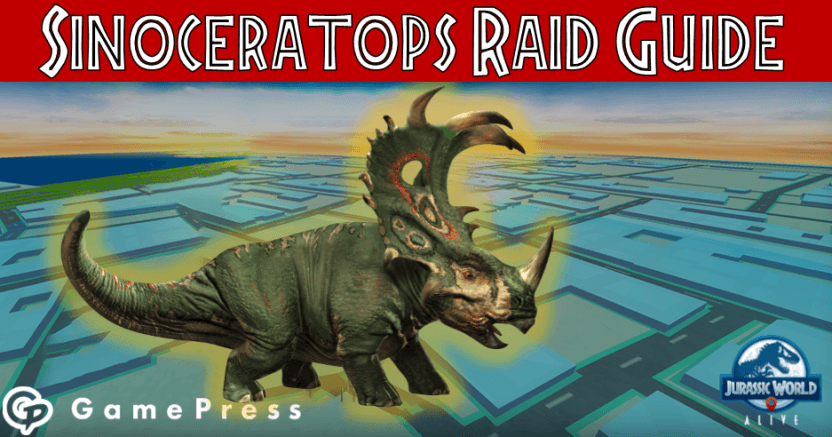 Welcome to our first Raid guide, where we go over how to beat the dreaded Sinoceratops Prime. And let me just tell you, this is not your average Sinoceratops. This thing can be extremely difficult if you don't come at it with the right team, and that's exactly why we're here.

But before we get started, let's just recap a few tips on Raids -

Sinoceratops Prime caps the level at 15 -- which means only EPIC RARITY and below are allowed in this raid.

Stat boosts are capped at 5/5/5 -- meaning if you have a Edmontoguanadon at level 27 with health/damage/speed boosts of 15/7/3 - you'd end up with a level 15 Edmontoguanadon with 5/5/3 stat boosts. For epic raids at least, stat boosts do not seem essential (especially with a well coordinated team of 4 players). At least not when the epic creature doesn't have minions.

Don't get too nervous. We'll help you through it. Let's dive in.

Like all Raids, Sinoceratops Prime is broken into two very distinctly different rounds, with each new round unlocking a new move (or possibly moves). Let's take a look at the stats and moves of this resilient creature. 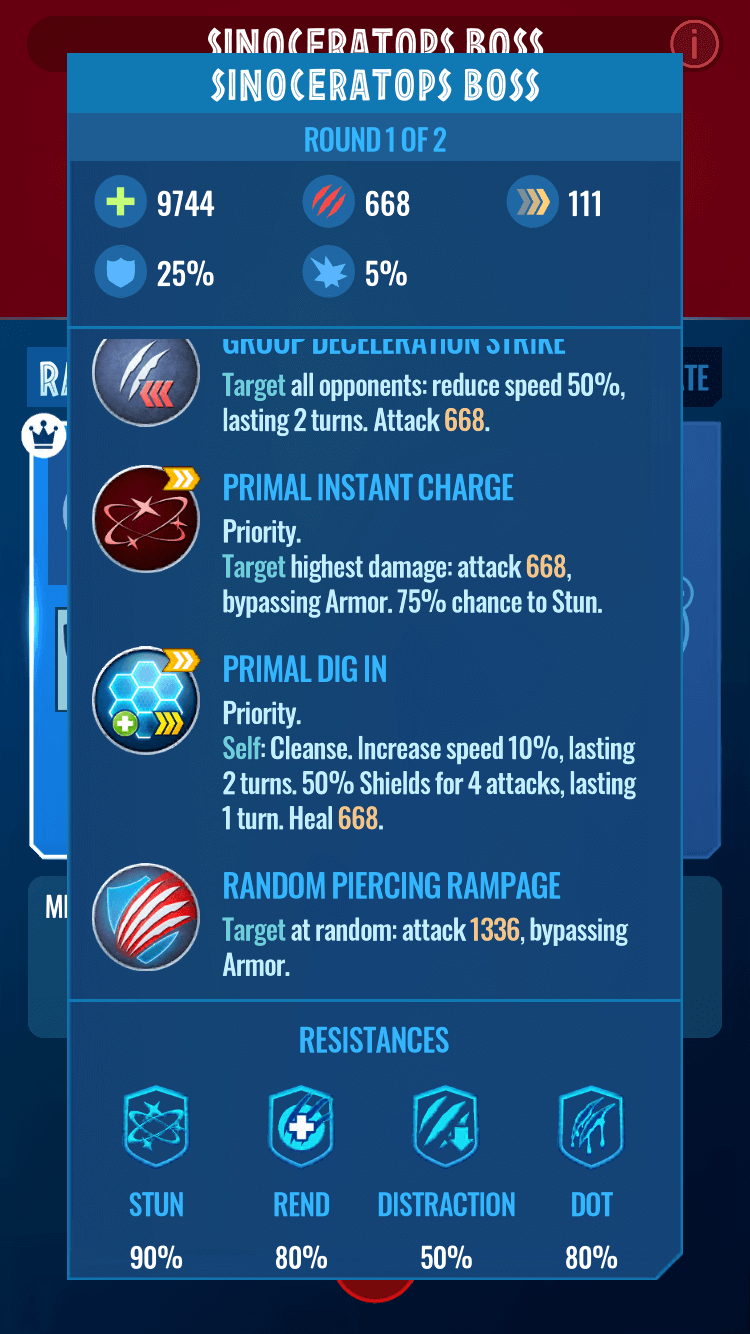 Sinoceratops has a scripted moveset, so you can plan what you'd like to do as a raid group. It's moves are a bit more powerful than the normal set of moves. I've bolded the differences between the move we are used to below.

The move order for round one is the same as above - with Group Decel Strike > Primal Instant Charge > Primal Dig-In and Random Piercing Rampage being the order it repeats (near as we could tell). Remember - Bosses play with an open hand - so before selecting your move you can actually see what the Boss is going to do next.

Round Two brings a single scarier move to the table as well as some more interesting qualities. Sinoceratops gets another 9744 health in Round 2 and the addition of a move called:

But enough about this darn creature. let's talk about how to wreck it. 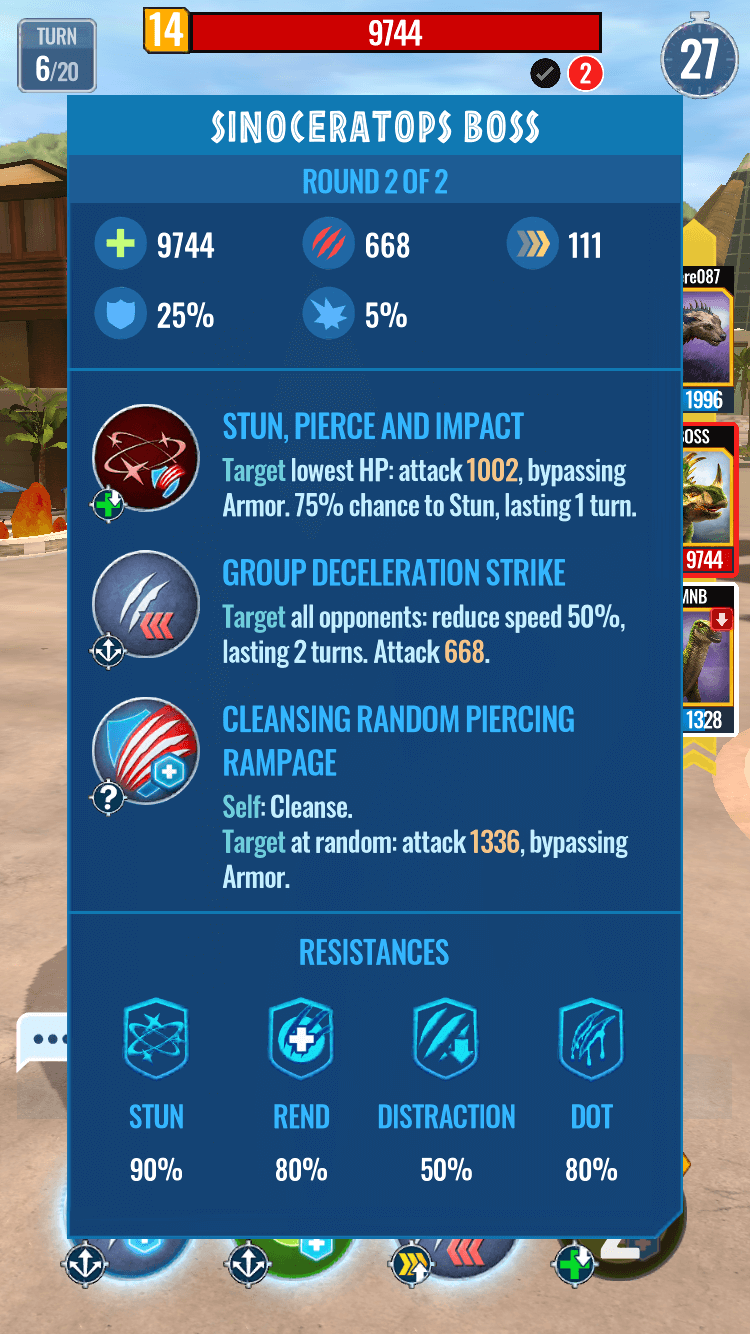 How To Beat Sinoceratops Prime

We had the opportunity to go through a lot of Sinoceratops Prime raids, and we found a few tips and tricks to really taking it down with ease. But all those technical aspects aren't too important with one healer and three strong damagers. You all should be able to take turns doing logical things and dispatch Sinoceratops Prime easily enough. You might be able to run a sheer damage team like 4 Allosaurus Gen 2's but those group moves will hurt, and rending isn't as effective round 2 as it is in round 1.

But to beat it on easy mode - we recommend the following mix and basic strategy:

Plenty of other creatures work just fine. Focus on things with Immunity to slow and stun like Secodontosaurus or the new Edaphosaurus or have fun with it and run four Allosaurus Gen 2's to see if you can pull it off. For us, a team of the above four creatures (without boosts even) made the raid completely doable. 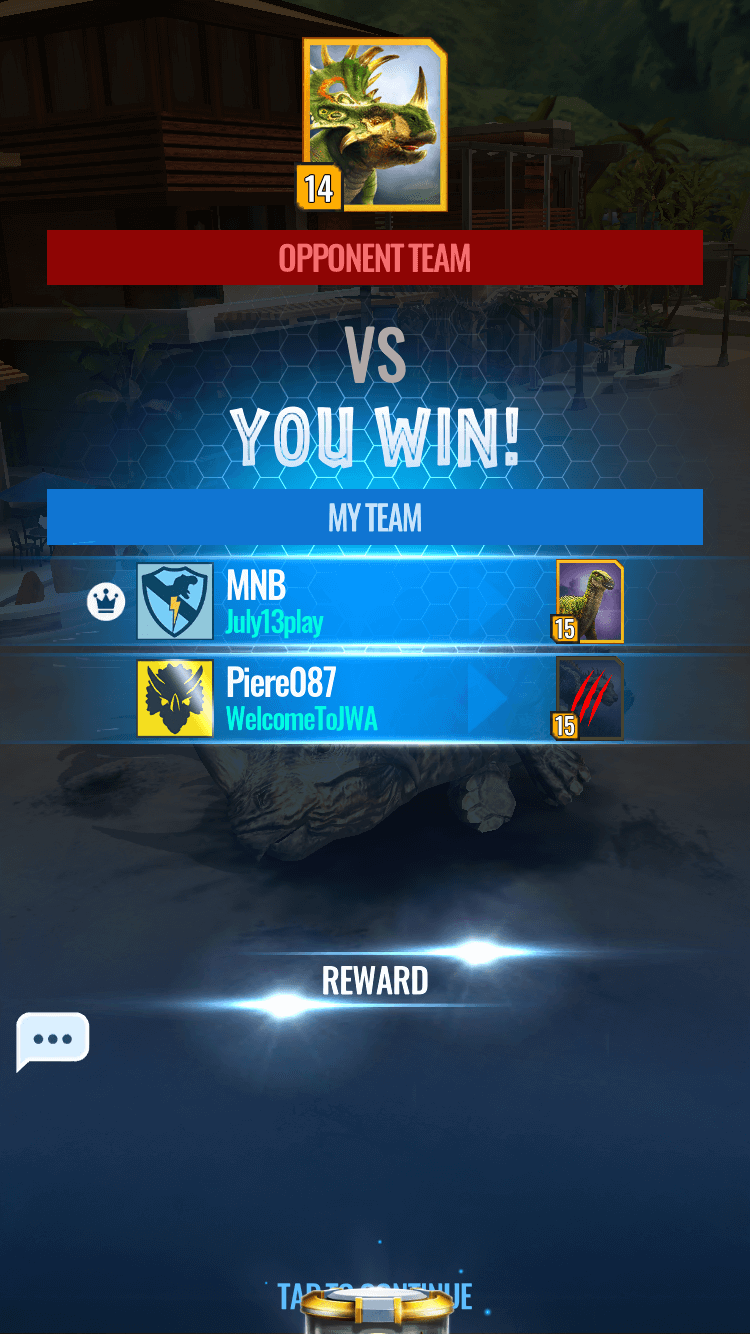 Of course, in a competitive game like Jurassic World Alive, what we always want to do is see how far we can push the limits.

During testing, I tried a number of times to solo this Epic Raid, and found it to be completely impossible to do. I tried every viable epic candidate, and there just isn't a creature at Epic or below level that can avoid all stuns, heal itself, bleed and rend the opponent, and live long enough to kill Sino in 20 turns.

So after about 30 failed attempts at 1 on 1, we began trying different combinations of two players. Three still felt easy enough to accomplish with little strategy required, but two was a different story. How did we do it? Let's take a look. 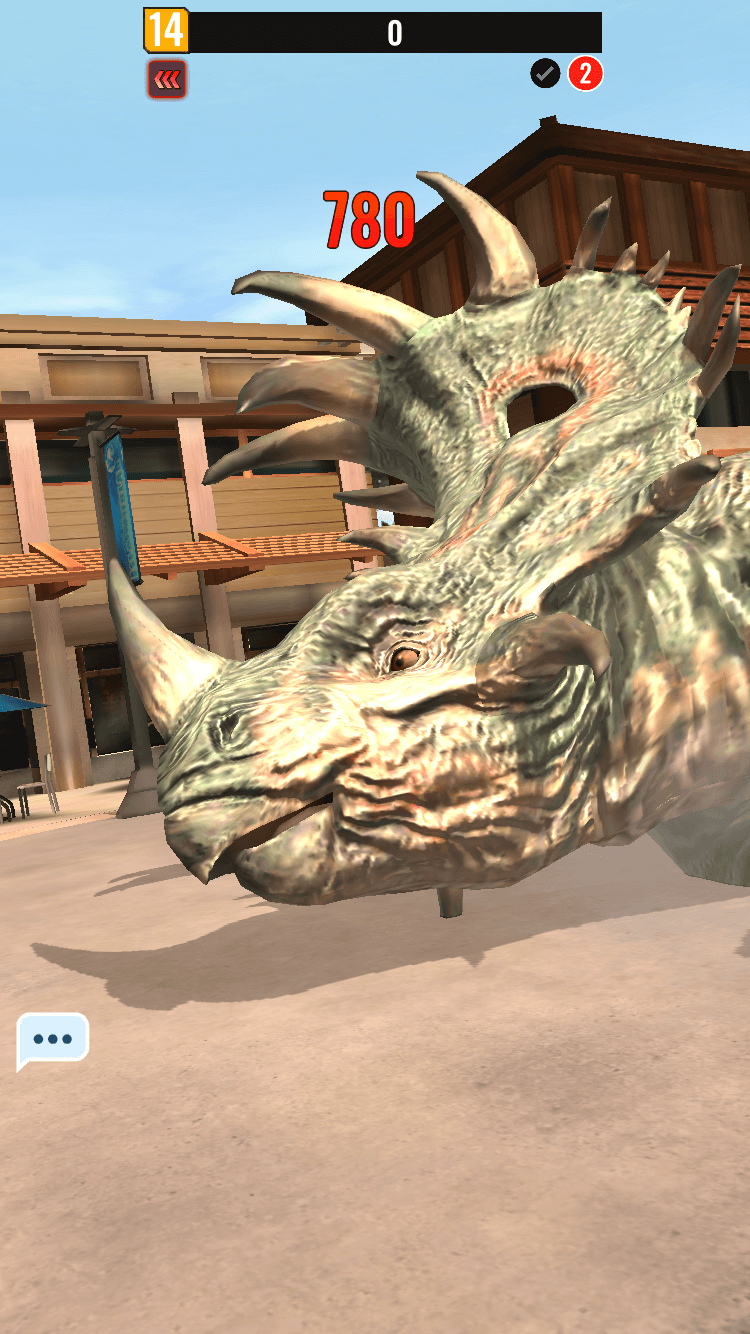 The biggest thing to understand about raids in general and how to handle bosses with two players is the mechanics of Rend and Bleed.

While Sinoceratops Prime is resistant to 80% rend and 80% bleed (meaning only 20% of your rend or bleed actually works), it also has more health than anything we've ever faced -- and the health used to calculate how much damage is taken changes between rounds 1 and 2.

In round 1, the full combined health of both rounds is used to calculate damage. So sure, Thylacotators Maiming Wound doesn't do 40% of 19,488 health (or 7795 damage) - but because the health pool is so big - the resistance to rend/bleed still leaves moves like Rending Takedown and Maiming Wound with enormous hit totals. Let's take a look at Allosaurus Gen 2 versus Thyla to compare.

Round 2 suffers the same issues as round 1.

So this means, in 3 turns, if Thylacotator doesn't get any crits and goes Maiming Wound > Superiority Strike > Rending Takedown - the minimum damage it will do is 6286. In the same 3 turns, Allosaurus Gen 2 will do 5890 without any crits. If both get all their crits, Thyla will only do 7271 to Allo's potential 7363.

But there's one more thing that sets Thyla apart. Bleeds carry over into the next round (based on the total combined HP in the round they occurred).

So if Thylacotator can land a bleed heading INTO round 2, it will see another 1559 damage come off the top of Sinoceratops Prime heading into the next round while Allosaurus Gen 2 gets stuck with less consistent damage (because Cleanse Shattering Strike does more damage (1332 base) than Rending Takedown (1169 base).

The reason this is important is because having multiple bleeders (even when a raid boss is 80% or 90% resistant to bleeds) may still make bleeds on par or even better than not having them for the benefit they get from carry-over round 1 into round 2.

So how did we beat this raid with 2? We used Edmontoguanadon and Thylacotator and bled into Round 2 (as described above) and had a little luck on our side as well. No doubt Allosaurus Gen 2 and Edmontoguanadon could also handle this raid, but Allo just might need some help in the critical hit department, and lacking resistance to slow (and having the highest attack by far means it'd constantly get targeted for stuns) does put Allo 2 at a slight disadvantage. 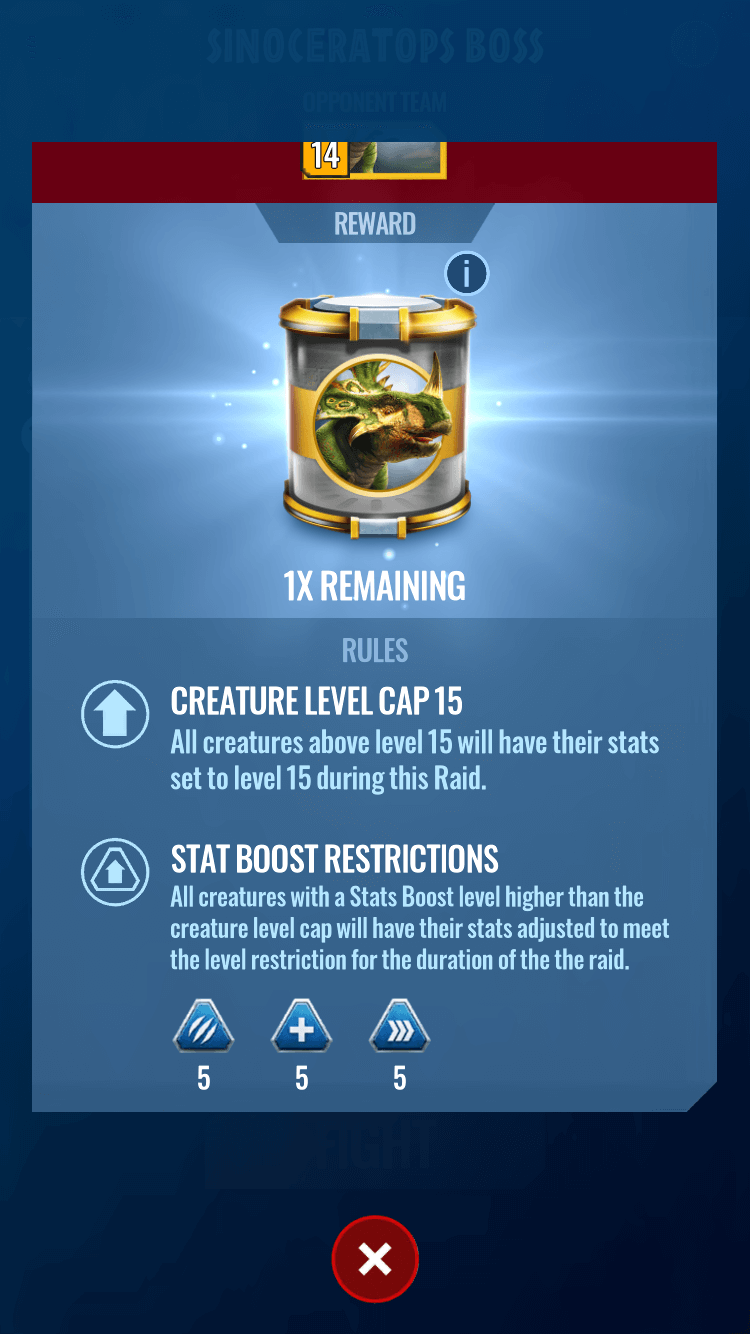 Much like strike towers of old -- long before boosts when they were very difficult to defeat -- Raids are going to require strategy. Epic raids are the lowest rarity raid we have seen so far, and we can tell you first hand that the higher tiers get incrementally harder, and likely could increase difficulty based on the minions that come with the higher tiers of Raid bosses.

But some of the strategies we learned in this raid (such as bleed carryover and rending changes) will prove useful in future more difficult raids when such tactics mean the difference between success and failure. Especially if we continue to see raid bosses that are only 80% resistant to bleed and rending.

We'll be here to help you through your next raid! Stay tuned folks!