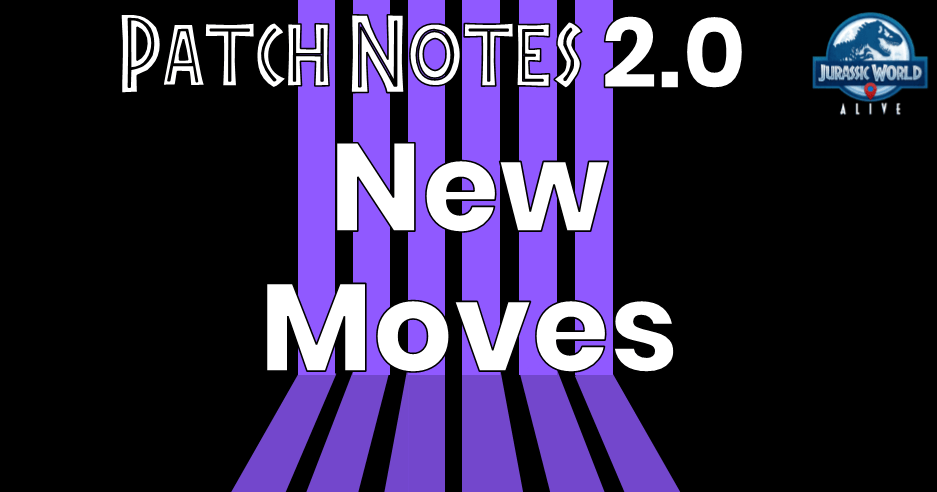 In addition to the major massive huge changes to Cunning, Resilient, and Fierce moves (which all have a strike, impact and rampage), we’ve got a few more pearls from the new moves section that are particularly interesting. Let’s dive into what those new moves are and what they mean!

Likely the biggest of the new moves, Revenge Cloak is a mix of the cloak we know and love and the terrifying reality of the old 3x cloak move we used to see that ruined everyone’s life. Only this time it’s actually a bit less scary.

You might be thinking – “How in the world is revenge cloak not broken as absolute crap?” – I’ve got an answer for you.
Let’s look at an instance where might be used. Say you have a creature with revenge cloak. The first quality we know about revenge cloak is it’s only useful if it’s on revenge. So you’re facing a creature that HOPEFULLY has already taken some damage. Let’s start there.
Second off, if you’re a slow creature like Indom Rex with revenge cloak, the opponent has an opportunity to both SWAP creatures to a faster resilient creature AND clear your cloak on the next turn.

If you’re a faster creature with revenge cloak like Erlidom, this may be more difficult, but we still have stuff with swap in nullify or swap in dodge or swap in shields that might work (depending on where Revenge Cloak goes and what other moves they can use to damage).
But thirdly, with the prevalence of the new moves resilient strike, impact, and rampage, we shouldn’t see nearly as many issues battling against cloaking.

Really, the ideal situation to use a revenge cloak would be when you’ve been “cleaned up against” – where someone brought out a fierce creature that’s faster and beats you, and has tons of health that needs chopping.

It’s crazy, but this super OP sounding move may actually not be that tough because Revenge moves seem to work best when they do lots of damage on T1 and cloak inherently does damage on turn 2. No doubt they will kill many a creature, but they won’t be the team sweeper they used to be with the class check from Resilient creatures on your team.

This new move removes damage and crit buffs, attacks X1 and bypasses armor and dodge. It also buffs the user to have a 75% chance to dodge the next attack (reducing 2/3rds of the next attacks damage). Similar to cautious strike without the speed increase and distraction, crafty strike should prove really useful to Quetzorion and make it a more viable candidate in the arena going forward.

This move looks really exciting as well, and seems sneakily powerful for creatures like Haast Eagle which are described as having low health and high speed. It’s a sort of step between Evasive Stance and Crafty Strike, where the user cleanses self, has 100% chance to dodge next 2 attacks for 2 turns, AND increases their speed 10% for the next 2 turns.

Fearless Flap seems like a solid addition to the mix, so long as Haast Eagle 1 and 2 don’t die.

And the hype train keeps on coming. A brand new rarity of creature ABOVE Unique has been introduced – creatures that can only be obtained by crushing extremely hard Raid scenarios with a team of 4 friends. This new rarity is called APEX and apparently comes with special moves to help raids (and perhaps single player battles) like Roar/Tail Swipe.

This insane move targets all enemies, destroys all shields, and attacks 1x bypassing armor. Basically a group shattering strike. I bet it looks crazy too.

These new moves seem interesting in combination with the new Fierce, Cunning, and Resilient moves. And while we will see how much each is useful as we enter the insanity of update 2.0, one thing is for certain. Arena will never be the same.