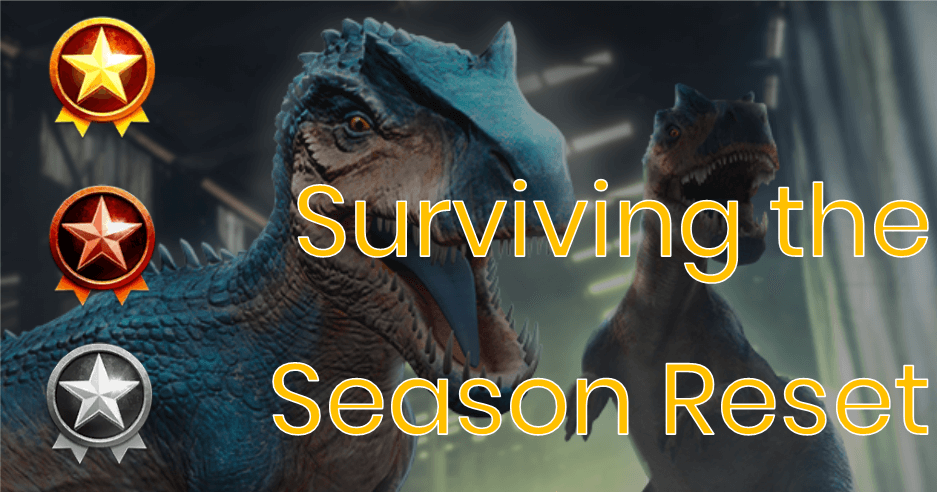 At the end of every season, every player goes through a trophy reset. The purpose of this reset is to not allow the top players to stay too far ahead of everyone else. So everyone that is above 5500 trophies will get reset to 5499 trophies and to say that causes an imbalance in the arena is an understatement. This reset affects everyone in the arena and it can cause frustration for many players. We are going to address some of these frustrations, tips on how to survive, and possible solutions to make it better.

As we mentioned above, everyone above 5500 trophies gets reset back to 5499 at the start of a new season. Those between 5000 and 5500 have a minor reset as well depending on their trophy count

Everyone else stays at the same trophy count, but they are still feeling the effects of the reset. Last season, the top player had 7750 trophies. Rank 500 had 6077 trophies. That means we have the top 500 players being reset from 400 - 2000 trophies below where they ended last season. Those who ended around 5500 trophies at reset were ranked around 9000. That means, we have the potential to have upwards of 10,000 players all being reset to the same trophy count.

Can you see how that can cause some major issues? Now we have players that are normally at the top of the leaderboard being matched with players that aren't even in the top 500 (or even the top 5,000!). And the team differences are quite drastic. So those higher players are often steamrolling (not on purpose) the lower level players they get matched with and that throws those players down and they get to a point where they are completely dominating the people below them and it goes on and on and on down the arenas.

How to survive the Reset

Sitting out isn't a bad solution, but that is also 2-3 days of potential incubators, Daily Mission rewards, and Daily Battle Incubators you are missing out on. Not to mention potential alliance missions you could be helping with. While sitting out seems like a good solution, it's ultimately delaying the inevitable. It usually takes at least a week for everything to "settle" back to normal and people sitting out only make it worse as they cause more imbalance when they go back in. Just staying in there and battling is the smarter thing to do as it will let the arena settle out faster. Yes, you might lose, but you will eventually get to a point where you are playing others that you would normally face in the arena.

Patience is key during the first week or so after a new season starts. It can be hard, but just remember that everyone is going through the same thing and the frustrations you are feeling are being felt by thousands of more people who are going through the same thing. It's also not something the higher level players enjoy. I have spoken with several of them and we genuinely feel bad we are being matched with players that aren't even close to our range. It usually takes a little time to climb back where they should be, but eventually, everyone will end up where they should. Try to be kind if you are playing someone that is obviously much lower than you normally (don't spam the yawn emoji) and we will all eventually get through the reset madness. I think there are potential solutions to make the reset easier on everyone.

While we understand the reasoning behind the reset, a 2,000 trophy difference is a bit extreme. And having 10,000 players crammed into the same matchmaking pool really messes things up. Resetting everyone back to 5999 trophies could be a very viable solution and would reduce the number of players actually getting reset. It would still allow the top 500 to duke it out for the top-ranked spots but wouldn't cause as much of a rift in the lower arenas.

The other solution would be to reset everyone's trophies based on a percentage of their high score. This isn't as ideal as the other solution as those at the top would still be higher than everyone else and have an edge to start with, but if they did a scaling model that might work. So the top (insert number here) players are reset to 25% of their high score, the next bunch (maybe in increments of 500) is reset to 20% of their score and so on and so forth until it gets to the point that no one is reset at all.

Whatever the solution, we think it definitely needs addressing in some way to help mitigate the frustration of the arena. People are being driven away from the arena, which makes matchmaking even worse and just adds to the multiple issues. And with the new "high score" for season rewards being 8,000 trophies the number of players above 5500 will only increase even more. Hopefully, they can find a fair way to reset the trophies without causing absolute chaos in the arenas.

Season resets are tough and we know that. Getting beat by teams that have dinos multiple levels above you is never fun and everyone is experiencing it. Try to be patient and work through it as best you can and know you aren't the only one going through it. If you want, come join our Discord and talk with other players going through the same thing so you can get through it together. Keep battling, explorers, and good luck with your goals this season!