JWA Boost Reset: What we know and what we might expect 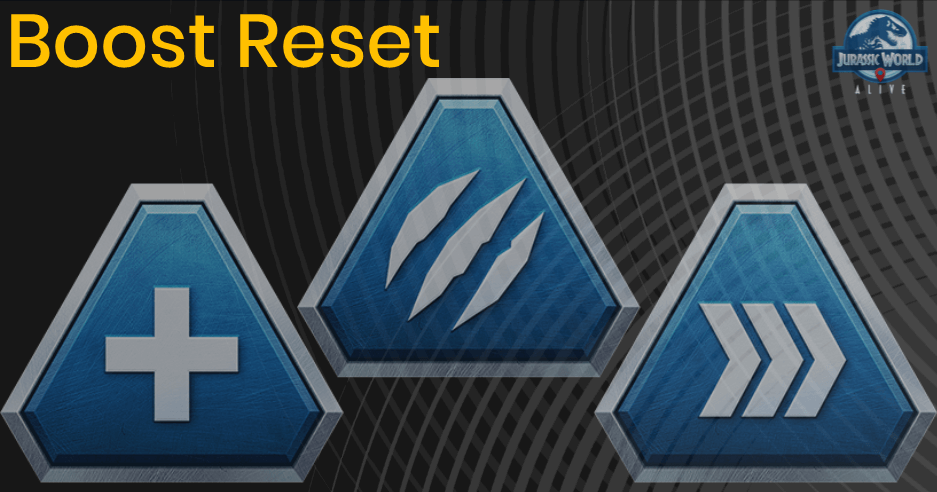 It has been a couple of weeks since Ludia made the announcement that there will be a global boost reset with the next patch. This was the official announcement on the forum:

As we continue to work hard on the upcoming summer update, we’d like to help you prepare by keeping you in the loop regarding some of the changes involved.

With many creatures and ability alterations on the way, we are aware of your concerns in regards to Stat Boosts. In the new update, each creature’s Stat Boosts will be refunded. This will give you the opportunity to redistribute them so that you may match the new changes that are implemented.

We hope this answers some of your concerns. We can’t wait to share some more exciting information with you!

Since the announcement, there has been talk and speculation of what to expect next patch as well as what people plan to do now that they are getting a reset. We'll dive into the facts of what we know so far, try and dispel any rumors, give you some guidance on what you should be doing now, and also do a little speculating on what the arena might look like after the new patch goes live.

What we know so far

Based on the official announcement and other information gathered from Ludia Support this is what we know so far about the boost reset:

The point of the boost reset is to give you the ability to reapply boosts based on the fact that creatures will be getting some stat and ability changes. And by the hints we have already seen with the creature families, these changes are going to be major. So instead of being stuck with a fully boosted creature you might not want to use any more, they are allowing us to redistribute resources accordingly.

There has been no announcement and they have not given any indication that boosts will change at all with this update. There has been a lot of talk amongst players about boosts changing with this update since they have changed in the past, but as far as we are aware, they will still cost the same per tier and will have the same cost in the store as well.

This is not Boost 3.0. They would have made an announcement if there was a major boost change coming. This is just a way for us to get back resources that might be applied to creatures that are getting major changes. We appreciate them telling us this information so early and allowing us to make changes to the team without any boost cost to us.

What you can do now

So we know a boost reset is coming but we don't know when. What does that mean for you right now? First of all: Do not refund any boosts on any creature. If you refund anything before the update you will be losing 50% of those boosts and will not be getting them back. If there is a creature on your team right now you were planning on stripping of boosts to make room for something else, just wait.

Make sure you are keeping track of and documenting the number of boosts you have on your creatures and in your inventory. They will be refunded 100% so you don't need a calculator as we did with Boosts 2.0 but you want to make sure you have proof of what boosts you did have invested to make sure you get the correct amount back. Screenshot everything if you can and save it to your phone or somewhere safe.

Now is also the best time to experiment. Especially for those that have gone unboosted this whole time. You know those boosts will be returning at the next patch so you can play around with your boosts and team. Many people have also gone all-in on their tournament teams to try and secure better positions in the advantage tournaments.

Since we know there will be some major creature changes, but don't know exactly what those changes consist of, right now is a good time to collect as much DNA as possible. Especially on any Legendary or Unique creatures. You never know what might get a hybrid or what might actually be good in the arena again so start saving that DNA but don't waste any coins on anything that can't be used in a tournament or on your arena team.

What will happen after the boost reset?

Most people are pretty excited about the possibility of being able to completely rework their team and are already talking about what they plan to do with all the boosts they will have. Obviously, creature changes will impact how and if we decide to reboost our teams and what creatures we will be running, but there are also some alternative possibilities people have been discussing with their boosts.

The introduction of Alliance Championships has put a large spotlight on weekend tournaments and a player's ability to do well in them. Skills tournaments are equal settings as long as you have all eligible creatures unlocked, but more people are starting to boost their "tournament teams" to do well in the advantage tournaments. Many plan on taking that idea a step further after the reset and only boosting their tournament creatures. Especially if those creatures can play a dual role in an arena team. Things like Procerathomimus, Sarcorixis, Indominus Rex2 are proving to have worth both in the arena and the epic tournaments that allow hybrids. Even pure epics such as Tyrannosaurus Rex and Secodontosaurus are showing up in arena teams. There are also options in Legendary and Rare (and sometimes even common) creatures but Epics seem to be the most popular in the tournament formats.

While the players at the very top of the ladder already have a fully boosted arena team and have boosts invested in tournament teams as well, this option of only boosting tournament creatures isn't the worst option for players that are just looking for something different. I talked with OrigamiRobot about it and he pointed out that rewards (at least in terms of DNA and boosts) are all the same after Library. And unless you absolutely want the monthly DNA, most people are content with simply getting their DBI every day. Tournaments offer more variety in terms of DNA and help with alliance points in the championship as well.

The downside to this option is that there are many different tournament formats. While epic creatures are used the most there is the possibility of getting a rare or even common advantage tournament. It would be impossible to boost every creature eligible for all tournaments so you would need to be careful how you boost and also recognize that you might not be able to use your boosted creatures every tournament. You would also need to think about your arena team and either run your tournament creatures or run a completely unboosted team and be okay with the results of that.

Since it sounds like there will be major changes with the new update many people have already said they are going to wait to boost their creatures. And we implore you to be patient and do the same. Even when we get patch notes, creatures often look better on paper than they really are in the arena (cough Grylenken cough). And it could take a while to figure out the meta and what the best boost distribution will be.

Many people are hoping some of the old school creatures like Diloracheirus, Utarinex, Spinotasuchus and others are able to make a return to the arena with some buffs or kit changes. There is also the hope of some much-needed buffs to Unique creatures like Spinoconstrictor and Monolorhino (direct or indirect).

Whatever happens after the reset and new patch, please remember that there will be some major growing pains in the arena as we all learn how to navigate the new creatures and any changes that might come. Patience will pay off in the long run, however, and waiting to see what happens will be your best option. You might want to go and get your 143 speed Thor back, but you might regret it later. So be patient and see how everything shakes out. If we all wait to boost, it could be a better arena experience for everyone.

We are so excited about the boost reset and the possibilities it can give us. We might be able to use some of our old favorite creatures again and we are hoping the changes they keep alluding to make things more balanced and increase the number of "end-game" creatures. We can't wait to get more information about the next patch and hope to start seeing some more teasers soon! Make sure to join the conversation on our Discord as well!