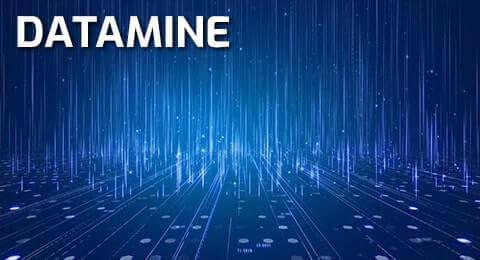 Hello Explorers! It's Friday and that usually means a new datamine and this time it is JUICY! We already know we are getting notes for 2.12 next week (see article below for teaser info). We dug into the code and found some information on what we think we can expect! Thank you so much to our dataminers Jimbohi and ColoMtn for getting us this information.

Disclaimer: Everything listed here is not guaranteed to come into the game. Ludia can scrap any of this at any given moment so please keep that in mind. If you do not like spoilers do not continue reading.

More Missions, more mechanics, more rewards! Head to the Campaign tab in the Battle Menu to play a new and Improved Campaign! The new Campaign offers missions designed to train DPG members on all the battle mechanics needed to thrive in the Arenas, including mechanics added to the game since the release of the original Campaign!

In order to improve player experience, we’ve reduced restrictions for entering Campaign missions and replaced others with recommendations. Clear missions to move forward in your Campaign track. Each Campaign mission is organized within a Chapter, and now each Chapter is nested in a Campaign Course.

The new Campaign also has an additional difficulty! Once you complete a Chapter, you can come back to play it at a harder difficulty to earn more rewards!

Some missions also have Special Objectives! Accomplish these extra goals to earn more rewards and mark your Campaign mission cleared!

If you’ve made progress in the current Campaign and don’t want to lose it, don’t worry! Your progress will be maintained in Campaign 2.0. Finished the whole Campaign already? Good work! Now you’ve automatically completed all of the new Campaign’s Starter mode and unlocked Intermediate!

Head to the Campaign menu now to begin a whole new world of training!

Creatures you have enough DNA to create will now be sorted to the top of your Collection. This section only appears when there is at least one creature ready to be added to your Collection. Close it by tapping the small arrow on the section header.

We’re expanding the list of places in the game you can view your marked creature cards! Markers will now be displayed in the following screens:", "The Shared Sanctuaries menu in your Alliance Chat", "Sanctuary previews on the Map"

You wanted more Tournament variety, and we listened!  Beginning in January, we will implement new Tournament rules and restrictions to offer more variety of battles to our tournament players. In this update, new rules will focus on new restrictions for the creatures you can bring to Tournaments. Find out more in the Tournament Menu and on the Forum this January!

Ankylomoloch is a Resilient, Swap-In Tank", "Swap to Ankylomoloch to trigger it’s Stunning Alert. Use Anylomoloch’s many negative status effects to slow and remove status increases, then deal heavy damage with their Impact or Rampage and Run!

Arctalces is a Resilient, Anti-Tank Tank. Swap back to Arctalces to trigger an automatic heal, and use Shielding abilities to outlast opponents while dealing Strikes and Impacts!

Arctodus is a Fierce and Resilient, Anti-Tank Tank.", "Use Arctodus’ Defensive Edge to remove opponent shields and boost your own damage, then deal a devastating hit with Decelerating Impact or Heavy Strike!",

Arctovasilas is a Wild Card, Anti-Tank Tank. Swap to Arctovasilas to trigger an automatic acceleration. Eliminate opponent’s defenses and mount your own with Arctovasilas’ shield and shield removing effects, then crush opponents with Shielded Devastation!",

Swap to Cervalces to trigger an automatic heal. Deal damage while slowing or removing status effects with Cervalces’ Strike and Impact, then use Dig In to trigger another heal and outlast opponents! Cervalces is a Resilient, Hit & Runner.

Counter Power Heal now restores 6% instead of 11% of Max HP.

Our analytics showed us that Argenteryx was outperforming other similar creatures within their rarity. Therefore we have decreased this creature’s Threatened state trigger on their Fearless Alert ability, which has now also become Precise. This will also decrease time spent in mirror matches with other Argenteryx

Meet the bear king Arctovasilas, Alive’s first fusible Apex creature! Collect Arctovasilas by fusing DNA of its component creatures Arctalces and Testacornibus, then bring this Apex to Raids to give bosses a battle they won’t forget!

We are not sure when Andrewtops will be the reward for Alliance Championships, just that it is now in the code.

Gifts are back again! Check your Mailbox daily between the 14th and 25th of December for special gifts!"

Wow that is some exciting information! A fusible Apex is HUGE and opens up a lot of opportunities for additional super-super hybrids. Come chat with us on our discord as we board the Hype Train for 2.12!