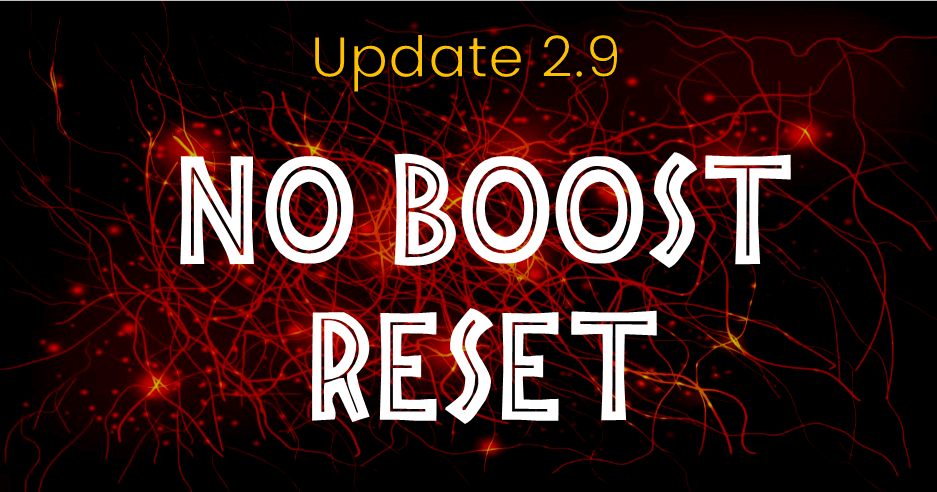 When patch notes for 2.9 were released we were excited about the changes we saw. A lot of lesser-known creatures finally got the buffs they deserved and the changes to resilient moves are going to shake up the arena. Usually with a major mechanical change (like the Resilient change) the community expects a boost reset or reshuffle event to go with it. We didn't see any indication of that in the notes, so we reached out to Ludia about it to see what the plans were and the allowed us to share the information with the community.

As per an official Ludia source: There WILL NOT be a boost shuffle or reset event in patch 2.9.

I personally believe that not having a boost reset or shuffle event when there is such a big change to an entire class system is absolutely ridiculous. It's not just resilient creatures that have been affected as there were a lot of indirect nerfs and buffs that could change decisions on what to run on a team. That doesn't include the other creature changes they have made that could allow people to run different creatures.

We've asked for meta diversity for a long time now and I believe the changes in 2.9 are a step in the right direction. Nothing is going to change, however, if we don't have the ability to move some boosts around to accommodate these new changes. That's going to keep the arena stale, players unhappy, and I don't believe is good for the overall health of the game.

Hopefully, they look very closely at this and the player feedback on the matter and we can see a boost shuffle or reset event in the near future.

What are your thoughts on a lack of boost shuffle or reset event? Come discuss with us on our discord server!