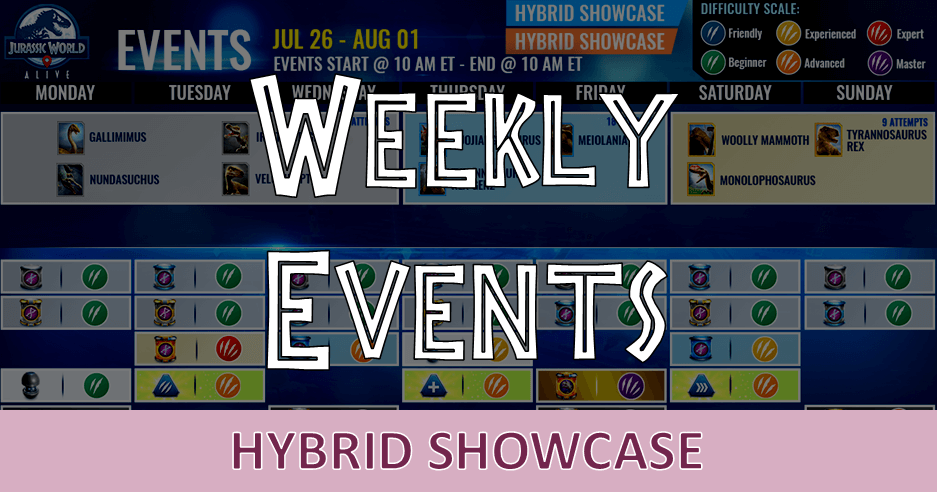 Explorers! We have a Hybrid Showcase event this week, very similar to the Hybrid Heroes event we had a few months ago. Let's go over what our Discord community is thinking, what we'll recommend to dart, and everything else you need to know. 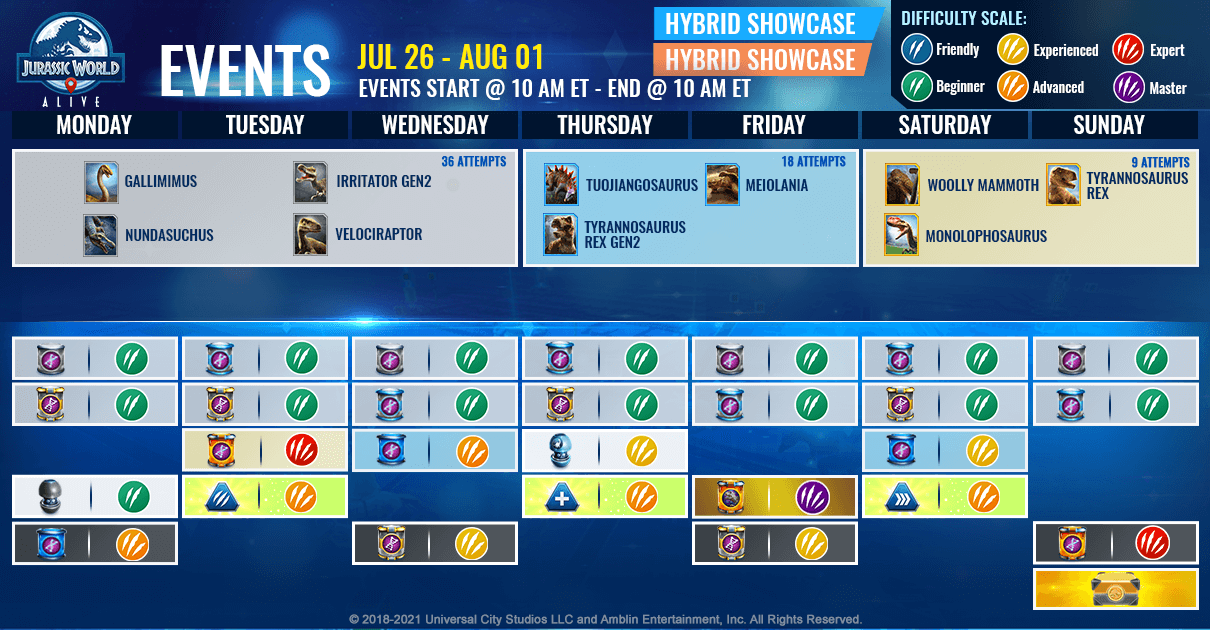 Our personal thoughts are that none of these four really stand out as a must have of the week. As it is hybrid showcase, all are ultimately responsible for at least one super hybrid as well as at least one other hybrid. At the time of writing, the community is pretty split across the board. We like Nunda as (a) it is day locked (meaning only available one day a week) and (b) a component of the still very strong, Sarcorixis. With regards to Velo, boy howdy do you need a ton if you are wanting both Edom & Indoraptor. Though this one is available everywhere, all the time, it can't hurt to build your stockpile.

There is most certainly a solid case to be made for Irritator2. There was a time that this was an exclusive creature, and I believe it was the first they chose to break out in to the wild. It was made a big deal and then almost felt like a nuisance (though it was helpful for darting missions). Well, somewhat recently they have locked it back up to only be available one day of the week, same as Nunda. With Irritator2, we have another formidable Epic hybrid in Thyla. Even Suchotator can be a force in Rare Hybrid formats. We wouldn't invest this DNA on the Diplotator side at this time, you're just as well to hope you cross one in the wild.

Lastly, of the four, we'd say Gallimimus should be lowest on your list. Both Monomimus & Vexus had their hay days, but those are currently in the past.

When we have a week like this, your ultimate plan might simply be to dart whatever crosses your path. 36 is a lot of attempts, and you may be better off not investing extra time seeking out any in particular. That is what the majority of those who voted in our poll plan to do.

With our Rares, we have another group where nothing really jumps out seemingly as a priority over the others. All have recently been featured, and all ultimately build at least one stellar super hybrid.

Our Discord community is all over TRex2, though Tuoj isn't very far behind. With TenRex appearing on a plethora of raid strategies and also very present in arena, this comes as no surprise. Of course both Dio & Tuora also appear in many raid strategies, and you're going to need so much Tuoj if you want to build both. Dio currently still has some arena viability, but if this datamined change to Resilient happens, that could change quickly unless they also give a move set change to a different decelerating move.

If you've had a chance to peep our most recent tier list, you'll see Lania remains a Tyrant, making a strong case for Meio. For some reason, Lania is one I don't often see in my arena battles. Any time I do, I put serious consideration in to building my own. However, Lania is another one who could take a bit of a hit should the datamined change to Resilient happen.

The Rexes have it, as our community is also showing more votes for the classic Epic version. Tryk, once the perennial king, finally dropped a tier in our most recent tier list. You will need tens of thousands of Rex to max level the entire line. Sure, you can find this one everywhere, all the time, but that's not enough for us to try and steer you away.

Mammoth isn't far behind, and you can check back to the Rares section to see about Lania. This one is also responsible for two other hybrids, one which already has a super and the other which could some day get one. If you haven't tried it, Tsinta is a nice option for Legendary raids. Like TRex, you're going to need thousands of this DNA if you want to work on the entire line.

There isn't really much to be said for Mono. As touched on earlier, Mimus, Vexus, and MonoS have had their days in the sun. But as they currently stand, we're not finding these to be as useful as so many others.

Strike Events & Trials will also be Hybrid Showcase themed and reward us with the same creatures available at the event drops upon successful completion.

We only have one dinosaur specific strike this week, an Epic strike on Friday will feature Scorpius Rex Gen 2! We've also got the regularly scheduled Boost Strikes on Tuesday (Attack), Thursday (HP), and Saturday (Speed).

There is a basic scent strike on Monday, and the themed scent on Thursday is Sauroposa. This can draw the following creatures while activated:

This week will conclude the Poukandactylus pursuit with the Rare Tupandactylus.

This is the final week to complete your daily tasks for DODO DNA! The Arena season reward is the Event Exclusive DRACOREX!

Week 4 of the Quetzorion Alliance Championships will be an Epic/Legendary/Unique (All) Advantage tournament for Quetalcoatlus DNA! 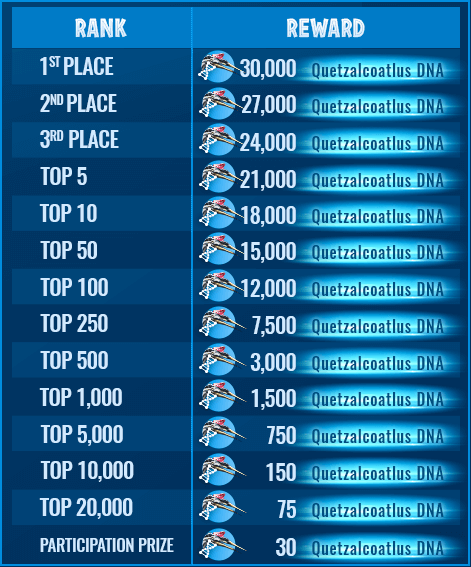 We look forward to stocking up on DNA that we need boatloads of to feed all their hybrids. We also suggest you might write Ludia and ask for them to consider the likes of Andrew & Carno next time this event comes around. New for 2021, we are going to reach out for more community input on these weekly event roundups. Come join up and let us know what you plan to dart! We look forward to your input and hope to see you on there!