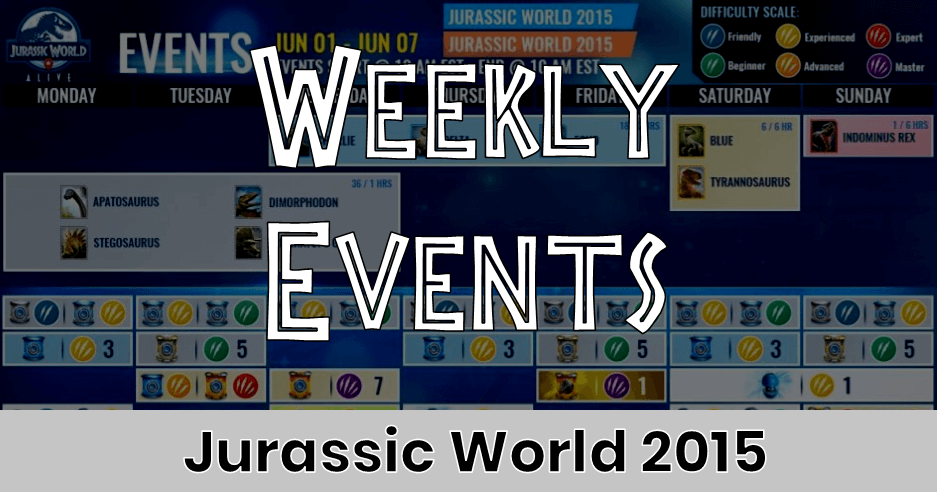 Explorers! It's Jurassic June and we are kicking off the month celebrating Jurassic World 2015. This theme features all of the creatures of the movie including a chance to dart Indominus Rex! Let's break down what to focus on. 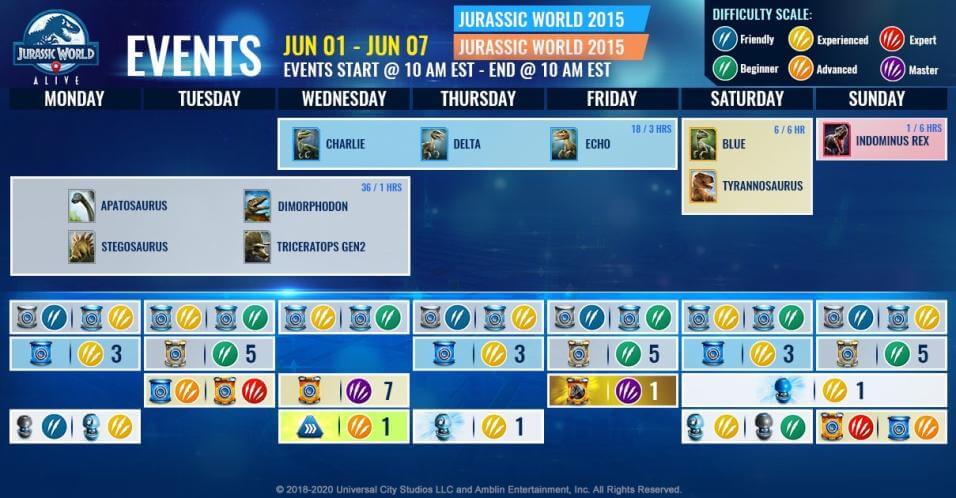 Before we get to the featured creatures we want to do a quick news round-up since we had several announcements today regarding the rewards for the Alliance Missions, Next Season, Daily Creature, and Championship. I'll be brief with these but we wanted to make sure and get the information out there.

Complete your daily missions for a chance to collect up to 100 DNA of this creature each day: 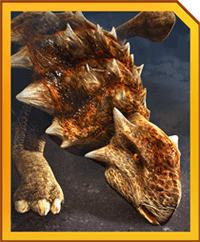 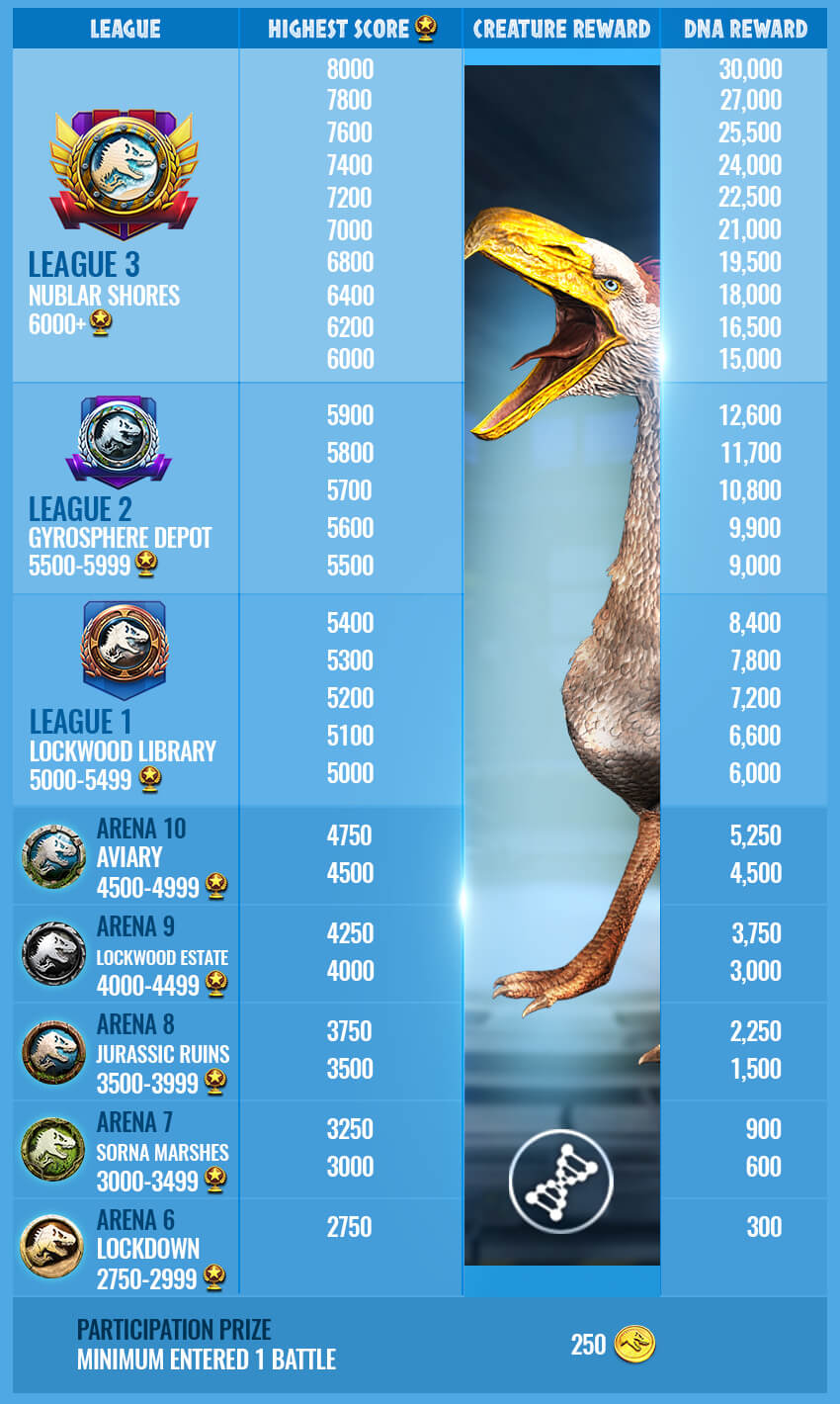 The Championship has been announced and you can compete in weekly tournaments to win points for your alliance. At the end of the month you can earn an incubator based on your points that includes DNA for the components of and for the hybrid itself, Ardentismaxma. 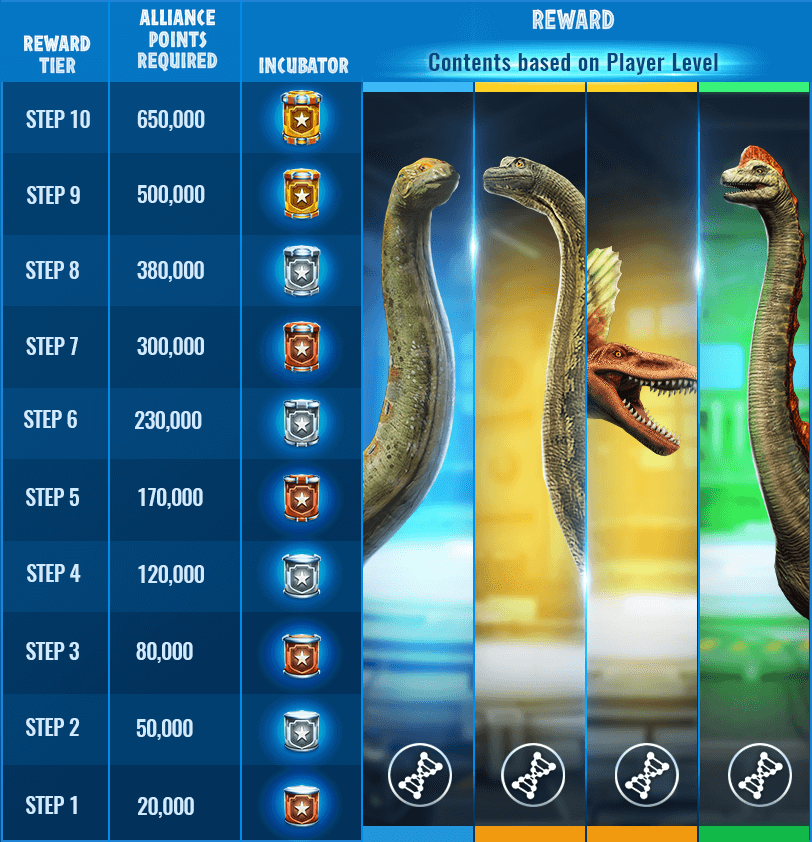 Ludia has announced they are extending the Giga scents until June 15th when we assume they will reassess again. We hope to have a good pursuit starting next week so we can make good use of them!

Apatosaurus is global anytime so unless you are running extremely low on it this isn't really the best choice of the bunch. Stegosaurus or Triceratops Gen 2 are the better options simply because of the hybrids they make. Especially for beginner players. Stegodeus, Stegoceratops, and Monostegotops all need Stegosaurus DNA. Triceratops Gen 2 makes up Dracoceratops and while it has gone through many changes it's still a good option as a Legendary Creature.

It looks like we have a chance to dart the raptor pack for the rares. While all 3 of them have hybrids, there is one that clearly has stronger hybrids then the others and that is Echo. It is a component of Indominus Rex 2 and its hybrid Indoraptor 2. Both are incredibly strong hybrids in their own right. The raptors only spawn at night in their respective locals so if you aren't able to easily hunt at night this is tour chance to stock up.

You are probably tired of us saying this but always go with the exclusive DNA. In this case, that's Blue. She is needed for Indoraptor Gen 2 and is only available through events so catch her while you can!

This is one you aren't going to want to miss. Since you need this DNA to make up Indoraptor and Erlidominus this will save you some Rex and Raptor DNA when fusing. Just don't forget to get out there and dart it!

The theme in the strike events is Jurassic World 2015 so the same creature under event stops will be available in incubators.

We have 4 Epic Strike Events this week! There is a Jurassic World themed strike on Tuesday, Wednesday, and Sunday as well as an Ouranosaurus themed Strike on Friday.

We will also have the Trials again with a theme of Jurassic World so keep an eye for those on the map as well.

We are in the last week for the Scaphotator pursuit so you will see Scaphognathus wild on the map.

So that's a look at this week. Last week was busy with news and announcements and we don't expect it to stop any time soon! Keep an eye out for our 1.14 Tier list that should be debuting this week. Be sure to join our Discord to keep up with us and with the rest of our community! We hope to see you on there!