Rare Skills Tournament: Best Dinos based on the Sim 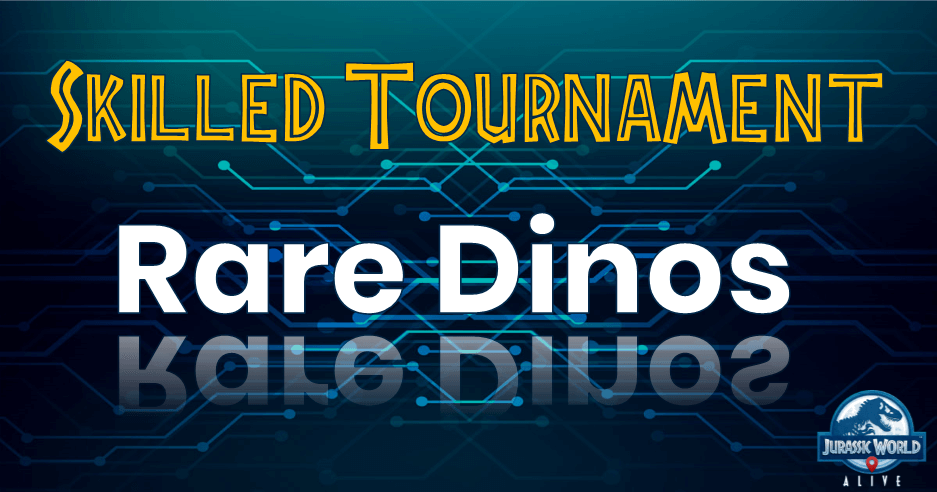 Hello, again Explorers! It looks like we have another skill tournament set for this weekend. This time it is featuring rare only creatures and no hybrids (sorry Suchotator). These tournaments seem to be aimed a beginning level players so everyone should have a fair chance to compete in this one! 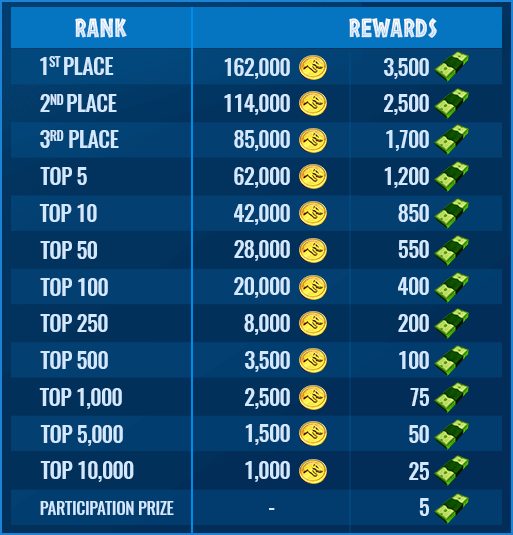 This tournament has a lot less options to choose from compared to the last couple of skills tournaments we have seen. In total, there are 41 different creatures you can play with.

To answer that we went back to our Battle Simulator tool and did a simulation of all rare dinos against each other.

So without further ado, here are the top 25 rare non-hybrid dinos ranked in order according to the simulator we ran: 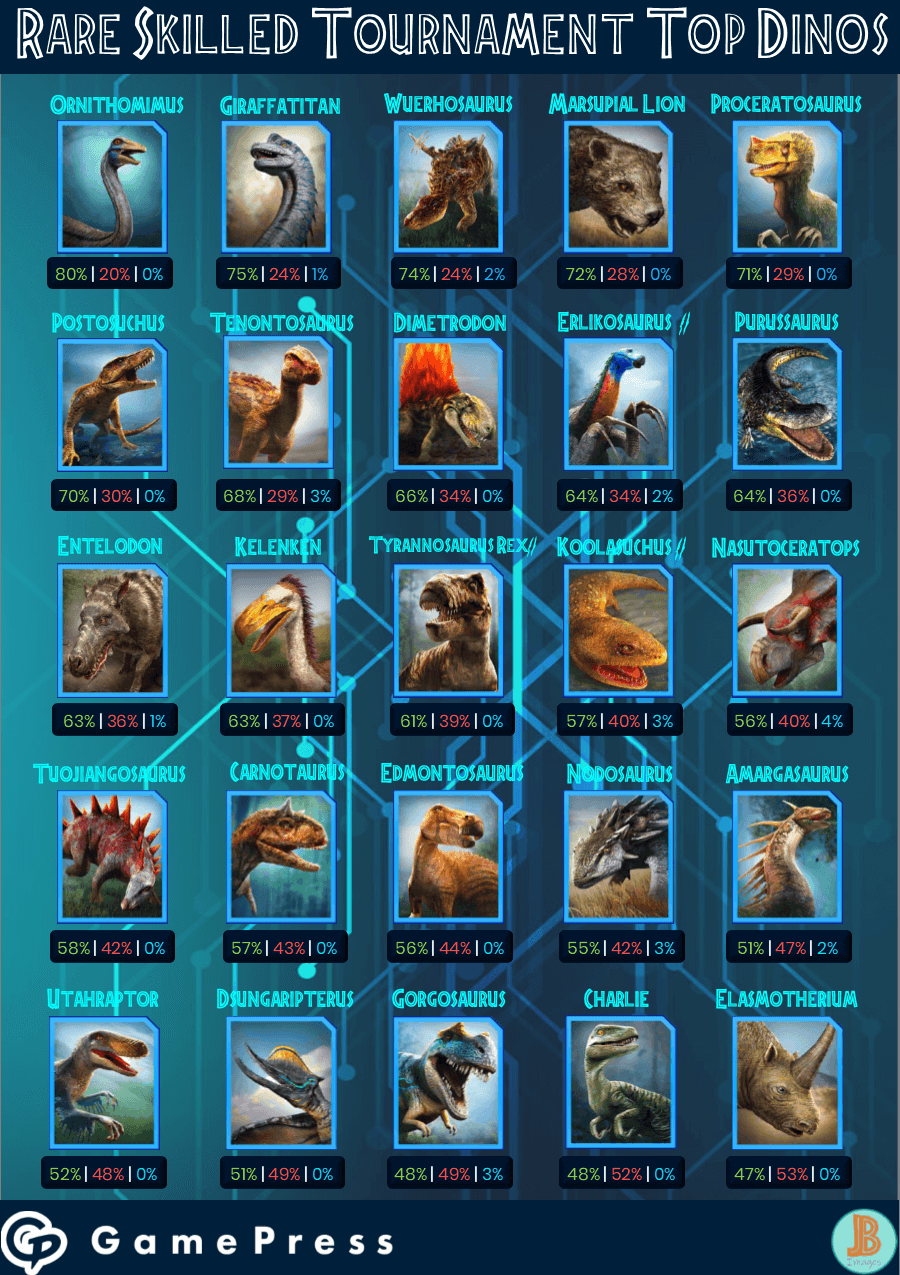 Just like last week, Ornithomimus, the OG dodgestrich, seems to be back on top. The buff to evasive dinos really helps this bird dodge its way to victory in head to head matchups. It has speed, immunity, and an instant distraction move that allows it to take a big hit. You'll want to think about running at least one nullifying dino on the team to help deal with the evasive strike move. At 131 speed, It is the fastest dino in the pool so you might see this as a starter or people might save it for late game when they have already weakened your team. Since it has a run move you might also think about running some creatures with swap in abilities as they can play well together.

Giraffatitan is probably the number 1 counter to Ornitho and it came out 2nd on the sims. Girrafatitan is a big tank with a swap-in-slow move as well as Bellow and Superiority Strike so it has the opportunity to always be a step ahead of the enemy. It also has a rampage move that can put out a whopping 2040 damage. With 5550 HP you are going to run a chomper or 2 in order to take this beast down. Since it is slower, it is also prone to be set up fodder so try to save it for mid to late battle if you can.

Erlikosaurus Gen 2 should be a staple on many teams as it works well to take down any chompers running around (like Postosuchus). It has a minimal speed up strike move that can be used as a revenge kill on something. Then you are guaranteed to be faster than anything else they bring out (including Ornitho).

If you are needing something with huge turn 1 damage, you will want to go with Posotsuchus. Ferocious Impact deals 3,263 damage that can almost one-shot many of the creatures (including the raptors and Erlik2).

Counter attackers like Wuerhosaurus and Tuojiangosaurus work well to chip away at HP on the fast creatures as well as the tanks. They also have a superiority strike so they can cleanse distraction from others like Ornitho and Erlik2 if times right.

Get your fast fingers ready because we expect this tournament to be riddled with speed ties (especially mirror Ornithomimus matchups). Practice some battles before the tournament starts so you are familiar with where moves are on your screen. You don't want to regenerate with Postosuchus when you really meant to use Ferocious Impact. While the simulator isn't the end all be all, it should help you get an idea of what dinos might be good to use. Since this is a skills tournament, all the creature levels are set and friendly battles will be a great way to practice. Try a variety of different dinos and see what works best for you. Most importantly, have fun! Make sure to join our discord to get in on the discussion as well!