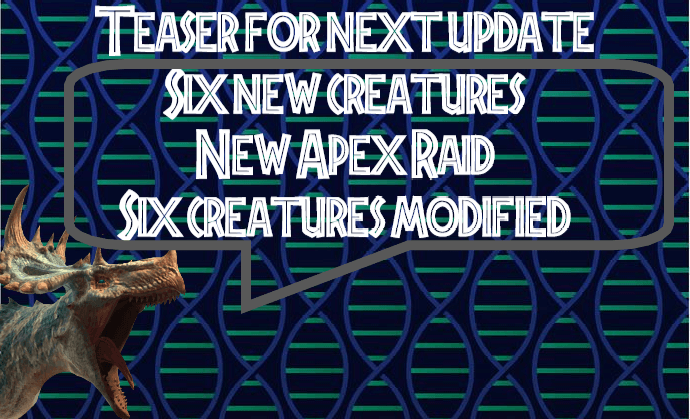 Explorers! Ludia has provided us with a teaser for the 2.17 Update, and we are excited to share this with you! This teaser shares the date of the next update, and a number of other changes and additions that will come in the 2.17 Update! Ludia provided the most recent information at the time, they are not final and subject to change if necessary, so do not take this as a 100% guarantee, but previous teasers have turned out to be true almost every time, so we are pretty sure that unless Ludia truly screws something up, this will be a definitive list of additions and changes in 2.17. So without further ado, let's get to it!

Ludia has shared this teaser with us. From the looks of things, the Release Notes will come next week, with the 2.17 Update releasing the week after. Usually the Update happens on a Tuesday, so the expected date would be July 12th for the Update.

What do you think of the teaser? Personally I am most excited for the creature modifications, which seems like they are buffing six creatures, which is always good. Let us know what you think in the comments or in the Discord server!