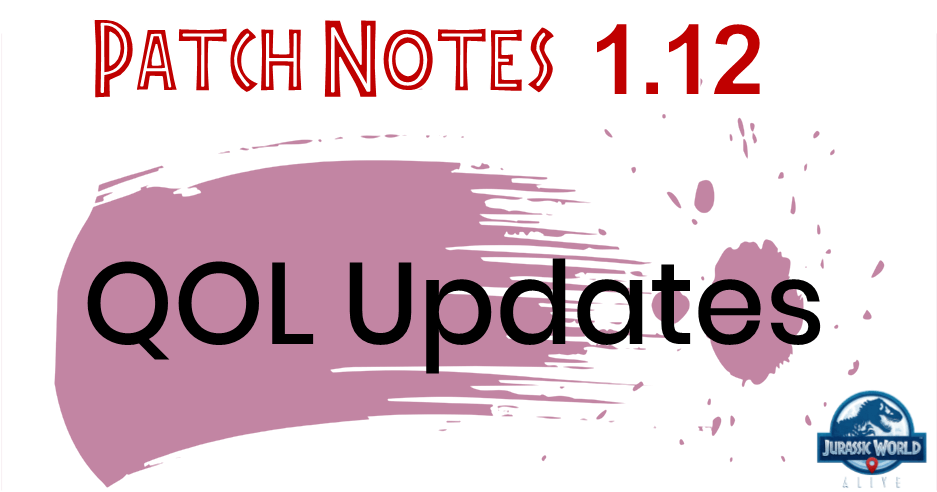 Explorers! Update 1.12 is here, and we are as excited as you are! In this article, we will be going over the Quality of Life Improvements, but we also have other articles for everything new and changed! You can check them out right here!

Every update usually comes with some sort of "Quality of Life Improvement". Wich is basically an update or added mechanic to the game that makes it easier to play or overall improves the player's experience. This update we are getting improvements to the Drone, New Campaign Missions, Sanctuary Improvements, and updates to Geolocation as well.

A couple of patches ago, they changed the drone mechanics and people were not happy with it so they changed it back. Now they are re-introducing changes to the drone, but this time we have options. With the new update, players will have a choice of drone controls:

To change the settings, you can go to your Player Profile, then to Settings, then tap on the “Drone Style” button. Note that drone controls settings cannot be changed during the drone session.

This improvement should help players at every level and doesn't force anyone to change if they don't want to. It would probably be smart to test these modes on common creatures that aren't that important to you and give yourself time to get used to a new mode if you decide to switch.

When the campaign mode was introduced, everyone was excited about the new challenge. Many players are still trying to conquer the dreaded levels 72 and 73 featuring some boosted Tyrants as well as Lord Lythronax. For those that have completed those missions, there is good news. A new chapter has been added!

It contains 4 challenges meant to test veteran players’ battle ability. Extra campaign missions were added in previous chapters in order to smooth the progress of the experience.

The thing to remember about campaign missions is they will count towards the alliance mission battles as long as you haven't actually completed that mission already. So if you don't like the battling aspect of the game, but want to help your alliance out, you can go into one of these new missions and continually lose and still get credited towards battles.

We hope these new missions are a challenge and they continue adding more chapters with new updates.

We love sanctuaries. And those that have the benefit of having a level 20 (or even multiple level 20) sanctuaries knows how much DNA that can give you. But we also know there are still improvements that can be made. It looks like they have included some sanctuary updates with 1.12:

We aren't exactly sure what these improvements are until we see them in action, but it seems like it will help when levelling up sanctuaries. Especially if we can see exactly how many sanctuary points are needed to get the next level up. There are still plenty of other improvements that can be made and we hope to see those in future updates.

We haven't had a major spawn rotation in quite a while and we hope to see one with this update. The notes say:

With the new year comes a new migration. You may notice an increase in the diversity of creatures in the world. Also, a lot of creatures that used to spawn in specific areas can now be found elsewhere. We encourage you all to share your observations! Perceptive DPG observers will notice that there are no more Epic creatures spawning on specific days of the week.

We will definitely make sure to have the new spawn mechanics available as soon as we know where everything is. The changes to the daily epic dinos should also make it easier to farm and scent for those creatures as long as they are still in the wild. We also hope to see some of the newer exclusive creatures in the wild as well.

Overall there weren't a lot of QOL updates. We are most excited to see the migration changes and can't wait to get out there and see where all of the dinos are. What do you think about these changes and what do you think they missed? Let us know in the comments or our Discord server! Be sure to check out our other articles on the 1.12 Patch Notes as well!