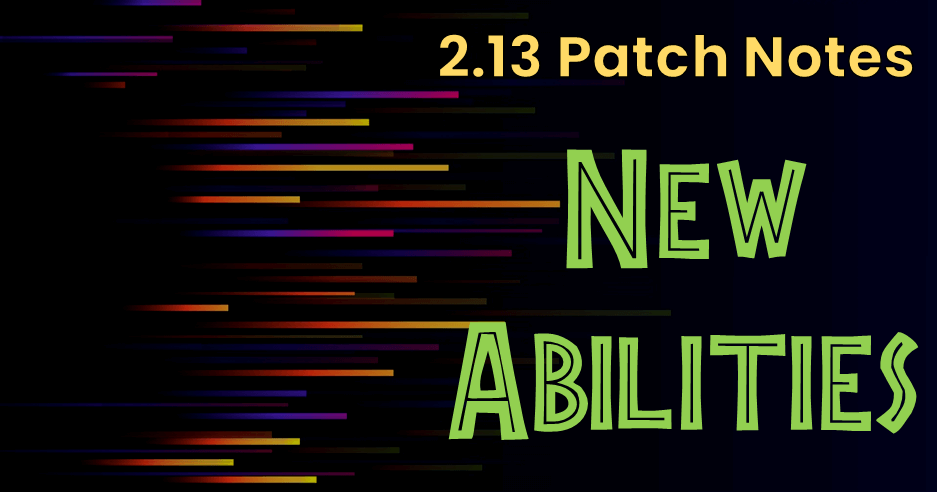 Explorers! Patch Notes for Update 2.13 are here and as always, we have all the coverage on everything. This update does not have a special name, but that doesn’t mean there’s nothing special about it. We have the info on that as well as other new features summed up for you here. This is what we have to look forward to this update.

It seems like they are sticking with the theme of creating a list of new moves to go with new creatures that are released. And like many new moves, most of these are a novel to read. We’ll try and break them down as best as possible.

Even though this move doesn’t do any actual damage, it’ll still take some HP off the creature you are swapping in on. And it also removes any shields. This is a high risk swap in move, however, because you don’t have any protection from an incoming attack. The creature getting it is the new Albertospinos and it has “No Escape” so you can be strategic when you swap it in.

This is a swap in move that is pretty good protection for the new Apex. Especially in the threatened state.

When secure it has a 33% chance to stun the opponent while throwing up a 100% shield for 2 attacks.

This seems like a simple move, but make sure you pay attention to the creatures that have it. They will have a higher chance to hit you with a critical hit so keep that in mind when you are calculating your survival chances. This move also stacks so it increases the critical chance every time.

This is like minimal critical counter except increases by 10% and is active for 2 attacks and 2 turns. This move also stacks so it increases the critical chance every time.

Shielded on escape moves historically aren’t usually that strong, but the addition of the damage increase could be helpful on this one. It also cleanses so you won’t be able to swoop out bleed. Basically an improved version of On Escape Dust Cloud.

If you plan on swapping out of Ankylos Lux, you will need to make sure and swap in a shield breaking creature since it’ll have a 100% shield after you swap out.

A bleed move that also attack 1x and breaks shields. Even if you can distract 1x hit, you are still going to have 20% of your HP bled away.
NOTE: There is conflicting information in the Patch Notes, with one time mentioning Defense Shattering Wound, and the other mentioning Instant Defense Shattering Wound. We have no clue which one is right, so we will have to see which one is correct when the update hits.

Pretty simple move. A precise attack with an added distraction component. This move will be feature on the new Troodoboa.

If this works as intended, this sounds like a flock killer. This move will be feature on the new Troodonboa, which is shaping up to be even more of a flock counter then one of its parents, Majundaboa. Rampage should hit all opponents and will bypass any absorb abilities that flocks have.

This will be a great move for raids. It’ll be featured on the new Fukuisaurus and Fukuimimus (both of which look like they’ll be mostly raid creatures). Heal 2x, speed up, and cleanse the lowest HP teammate.

Another raid move that is a priority. This sounds like an upgrade to the Emergency Heal we have in game as it also has  a dodge component to it and it cleanses the entire team.

This should act as a group move meaning it will hit all targets and bypass any absorb abilities of flocks. It's a move we desperately needed considering how all Flocks have either a Distraction or Dodge ability.

This was the new move that was teased. It’s a group move and it removes cloak and dodge, increases speed, makes your opponent vulnerable, shields, and attacks 1.5x. It doesn’t have a delay so this looks like a pretty strong move for the new Apex, esp since it also has a counter attack.

Another move for the new Apex that does a little bit of everything. It removes cloak and dodge, increases speed, makes the opponent vulnerable and attacks 2x while automatically swapping out. It also puts up a shield. While this might seem silly with a swap out move, it can protect the creature from a non-shield breaking counter attack or you can even use it when you are locked in and can’t run and protect yourself from dying before getting your own couter attack off. Very strong move with a lot of possibilities.

This is another secure and threatened move so it depends on your HP on what it does.

When you have enough HP (secure), this move will precise attack 1x, shield for 4 attacks and 1 turn, and will also slow the opponent for 3 turns.

When threatened, it does the same thing except it only reduces speed for 2 turns.

It seems like this move is better used while Secure to make sure you can decelerate your opponent for longer.

Another group move that will increase damage for 6 attacks and attack 1x. This is especially good on Ankylos Lux because it has a counterattack. So this will allow an increase on the counter attack for 3 turns in addition to any other moves it makes.

Those are all the new abilities added into JWA in Patch 2.13. What do you think of them? Do some seem overpowered to you? Let us know in our Discord server!