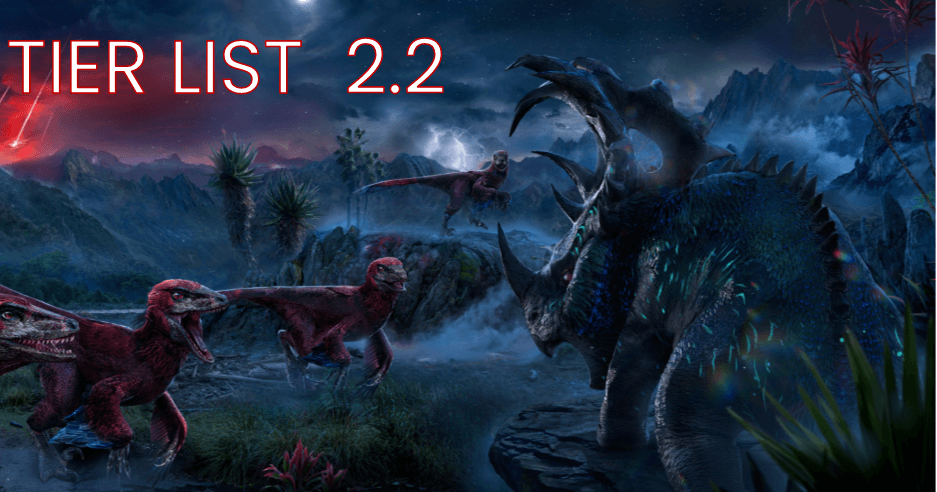 Well, after being beat out by Ludia since 2.0, we finally did it. We got the Tier List Done!! Patch 2.0 was the biggest update since the game was introduced and we knew it would be daunting to re-categorize every single creature in the game. We initially thought we would do class tier lists, but after getting new patches before we could get the big list out, we decided to just go for the big one in 2.2. This list was a HUGE undertaking as we essentially had to start from scratch and vote on every single creature in the game.

We truly wouldn't be able to do the tier list for the community without all of the people involved. We don't always 100% agree on everything (cough Thor cough), but we try to bring in a diverse group of people that will give the best analysis of the dinos and where they should fall. So let's get to it!

Some of the specifics

Remember how I mentioned that we initially vote and those that aren't 65% majority are considered contested? We had 195 creatures that were contested this time. So there were a LOT of discussions going on even after the initial massive vote of 226 creatures. Surprisingly enough, Tyrant had the least contested creatures as we pretty much agreed on most of those from the start. You will also notice we did not have a High and Low Tyrant this time as we felt that there was not a clear demarcation between the Tyrant creatures so we kept it all one class. We also renamed Apex Tier to Elite tier since Ludia decided to steal the Apex name for the highest rarity creatures.

As always we had several creatures that were discussed often.  We won't go over all of the creatures that changed tiers, but a few of the most hotly contested or most discussed ones were Thorodolosaur (it's not a tier list without it!), Mortem Rex, Erlikospyx, and Ardentismaxima. Obviously these are not all the creatures we discussed, but this is what seemed to be discussed the most.

The name Thor has become synonymous with Tier List, and this time it did not disappoint. It has received several changes since 2.0. First losing the Rampage and then getting it back in the form of a group Rampage with a 1 turn delay. While it gained some HP from 1.14, it lost speed and we felt that was what hit it the hardest. In an unboosted environment, it usually can't get more than 2 hits off. And those 2 hits are usually just an Impact and Instant Charge. That is why it ended up in Mid Elite. We want to make sure and point out that Thor is significantly better with boosts. And is probably closer to the high end of High Elite if you take boosts into consideration.

The first Apex in the game seemed like the epitome of Tyrant material when it was introduced. Unfortunately, it suffers some of the same issues that Thor has. While it is significantly better with boosts (especially speed boosts) it just doesn't win the matchups it needs to in order to be considered Tyrant. It is still incredibly strong in High Elite, and is considered at the higher end of that Tier in fact. This is still a very strong creature and will be even more omnipresent in the arena as more people unlock it so get your cunning creatures ready to face it as that is what you will need to bring it down!

Considering the prevalence of Resilient creatures in the arena, Erlikospyx (a pure cunning) in Tyrant may come as a surprise to many people. The combination of resistances as well as decent HP and high attack is what puts it in the higher category. While there are a few pure resilient creatures in the higher arena (Diorajasaur), Spyx has the kit to deal with many of the other Tyrant and High Elite. It can distract, speed up, and hit through dodge and cloak. It's also 100% immune to distraction in a good speed bracket. That can make it tough to take down and it can play around its counters fairly easily as well (see a Dio, swap to a Fierce creature).

Maxima also had several changes since 2.0. It was a clear High Tyrant in 2.0 and then they took it down a bit when it lost its armor and some HP. This is still a very strong creature, however. While not High Tyrant material anymore (practically broken), it is still a high HP tank that can dish out big damage in 2 turns with its double rampage moves. It also has the ability to slow an opponent as well as high through cloak or evasive moves. Some people were quick to drop it off thier teams as once again in suffered a bit more in the boosted arena. In an equal level playing field, however, it is still a very strong creature and deserving of the High Elite status.

We are discussing options to include boosts in the next Tier List and we are excited to see what Ludia does with the next patch! 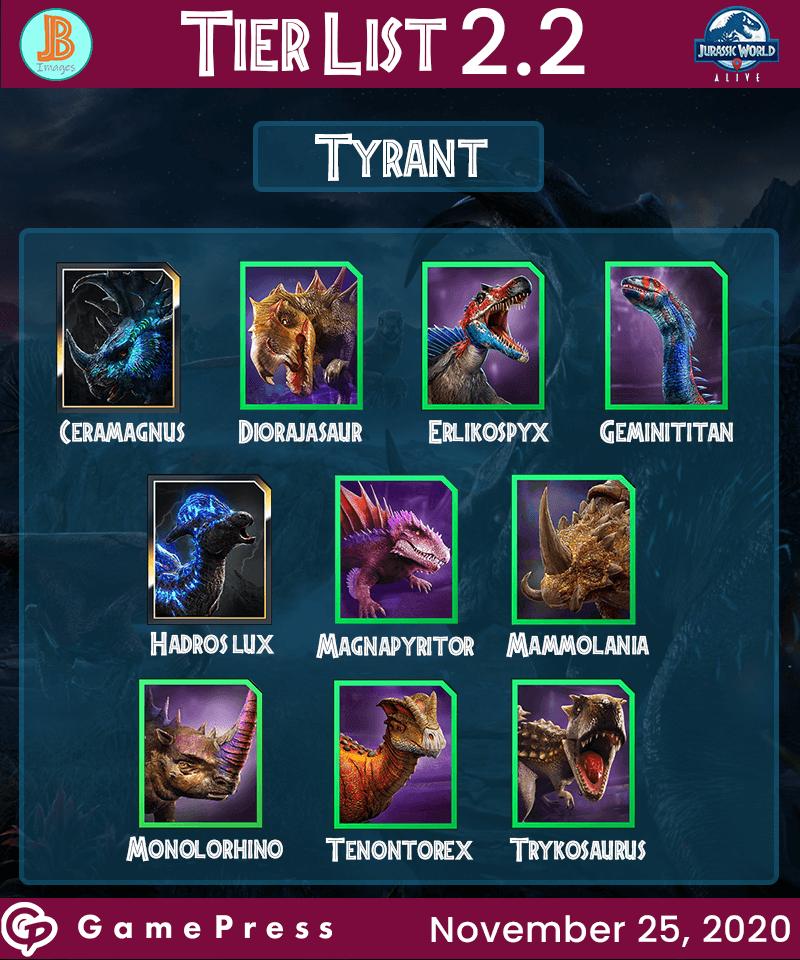 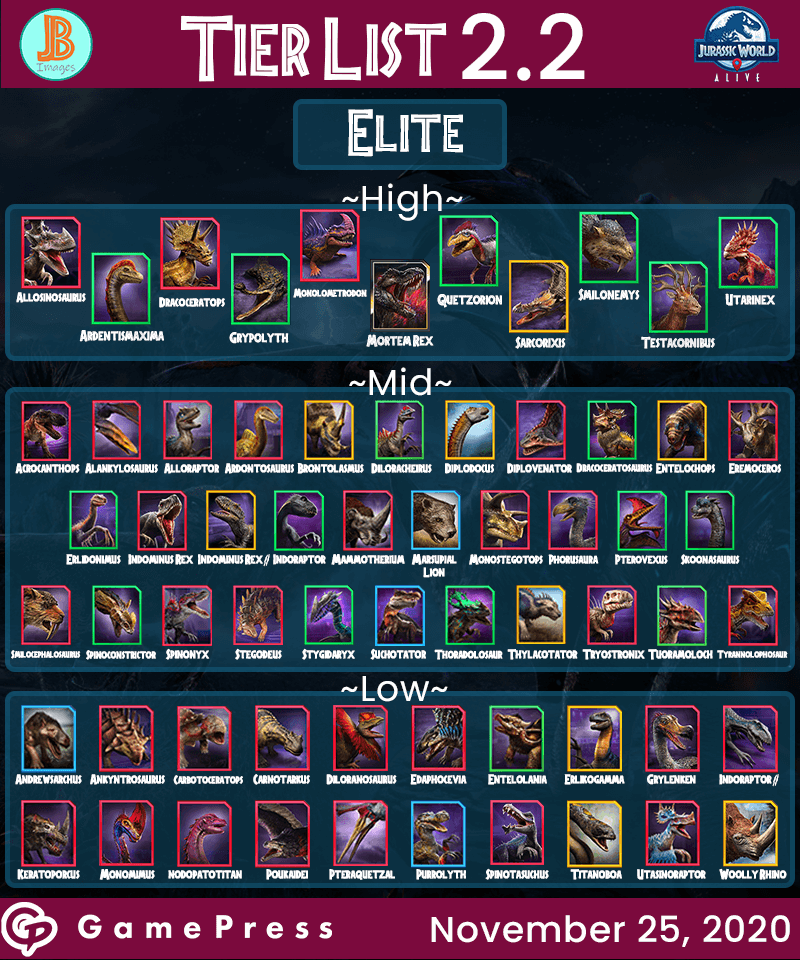 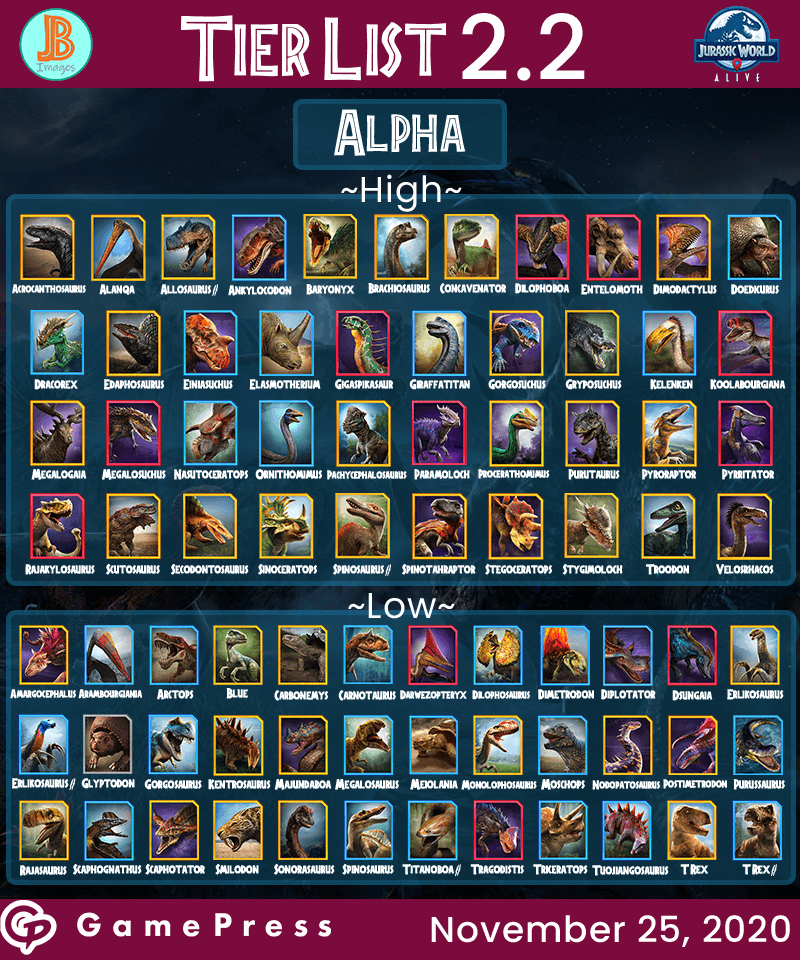 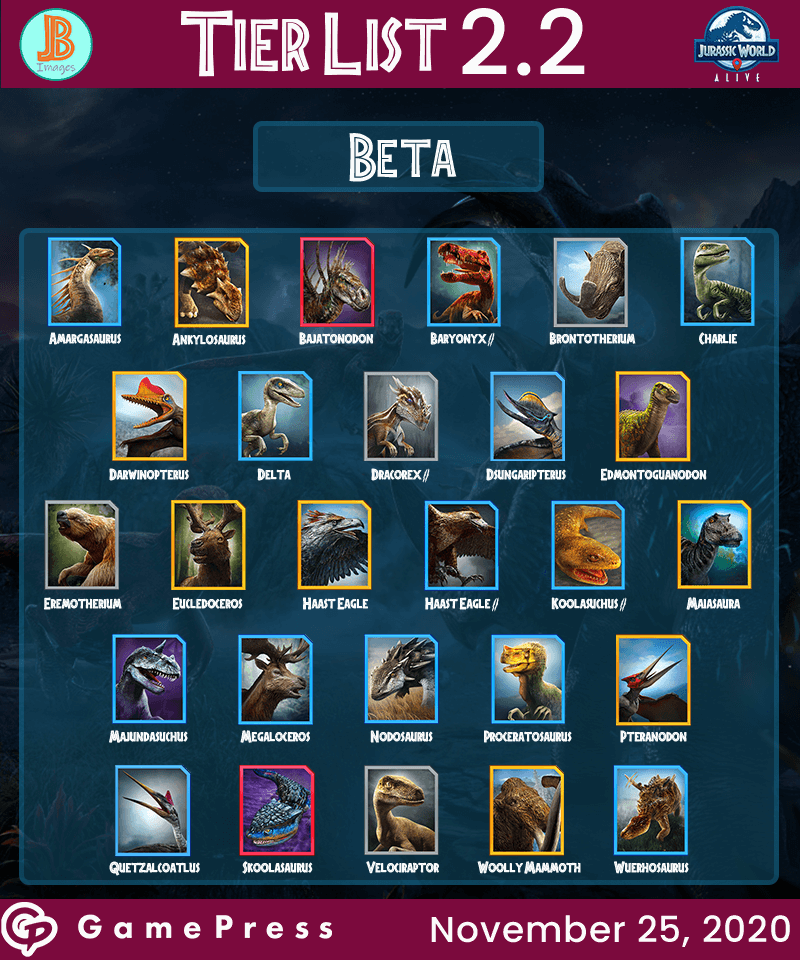 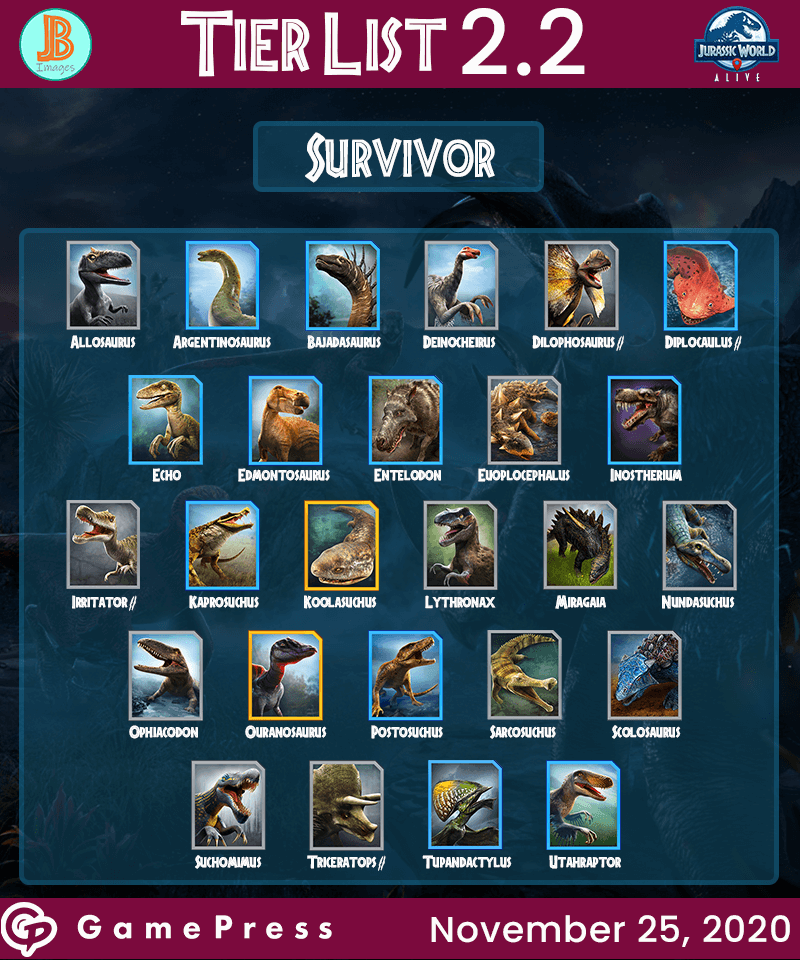 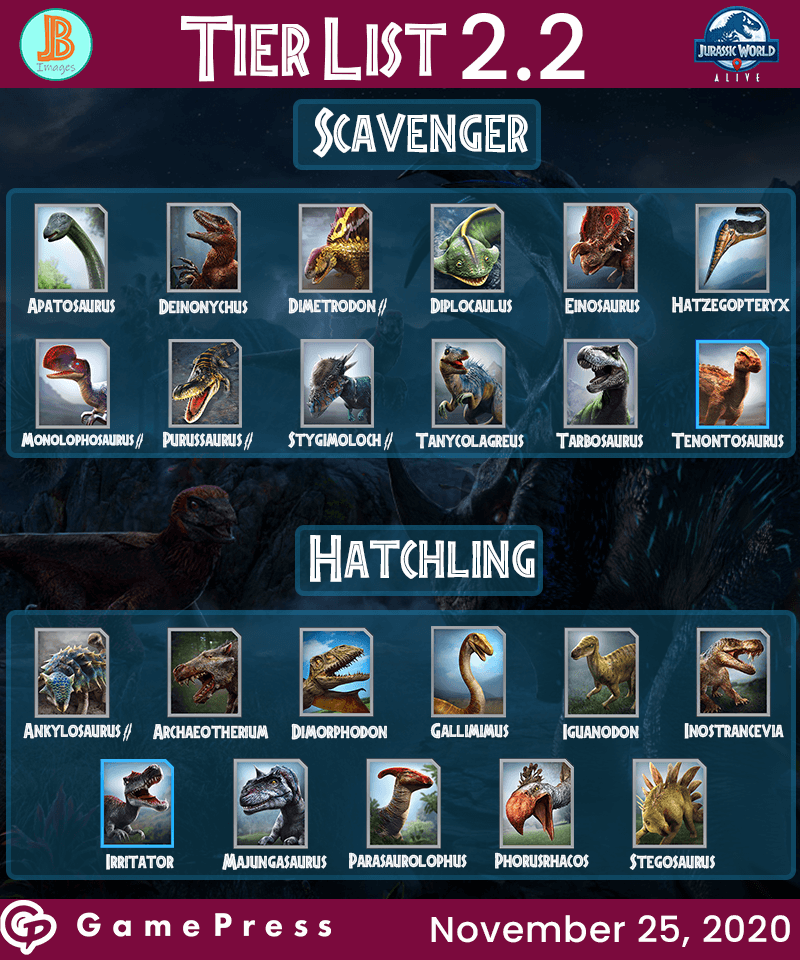