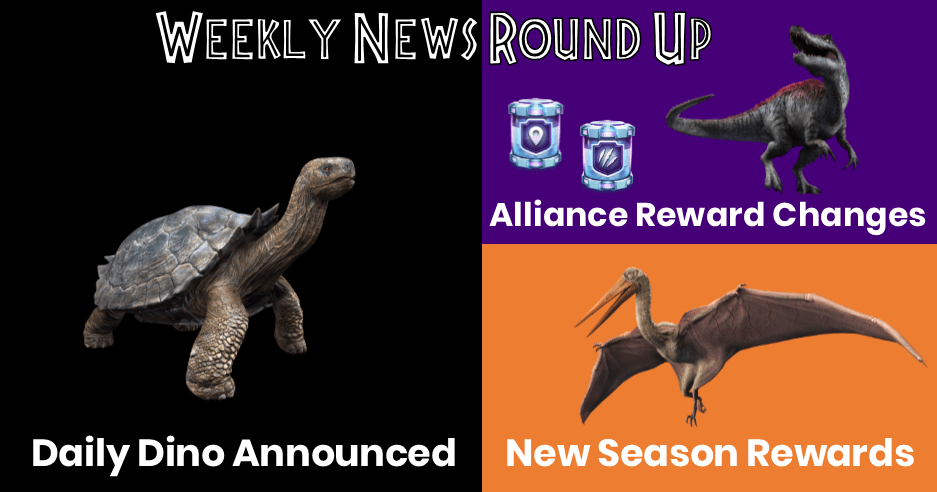 Welcome back, Explorers! It's Halloween week! That includes 4 epic strike towers (including a particularly scary one yesterday) as well as treasure chests and a plethora of dinos to dart. Including a Spinonyx today. Also this week we got announcements on the November Daily Dino, the New Alliance Rewards (as well as important changes), and rumors about the DNA reward for next season. So let's break it all down!

Ludia announced the November Daily Dino this week and we are pretty excited about it! Carbonemys! 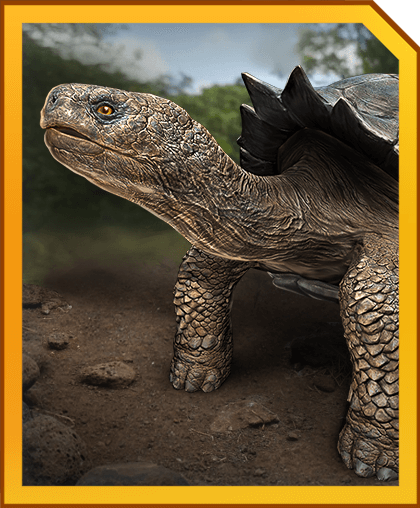 This is an exciting daily reward as most people are still trying to collect enough to create the Tyrant super-hybrid Smilonemys. And since park scents still aren't fixed these creatures aren't easy to hunt for. So make sure you are completing all of your daily missions because this is DNA you are not going to want to miss!

Ludia also announced the alliance rewards for the next 2 weeks and they are very exciting as well! We can expect the following rewards from November 4th - November 18th.

We are getting Irritator!! I know our alliance will be going for that Rank 5 defense for sure! With Ardentismaxima being incredibly strong right now Secodontosaurus is also a nice reward as well.

In addition to the rewards, ludia also had the following announcement:

IMPORTANT NOTICE: as of November 4th, the amount of DNA a player can unlock in Alliance Missions Rewards will be scaled to the individual player’s level. This means that two players in the same Alliance may receive different amounts of DNA. This has been implemented in order to smoothen out battle experiences when leveling up and align the Alliance reward with other level-based rewards received in the game.

As of right now, we don't know what these scaled rewards are but we will keep you updated as we know more information about them.

The Proceratosaurus October Seasonal ends on Monday, November 4th and the next season will start immediately after that. While there hasn't been official confirmation on the season rewards, there have been several leaked images that show Alanqa DNA as the prize. 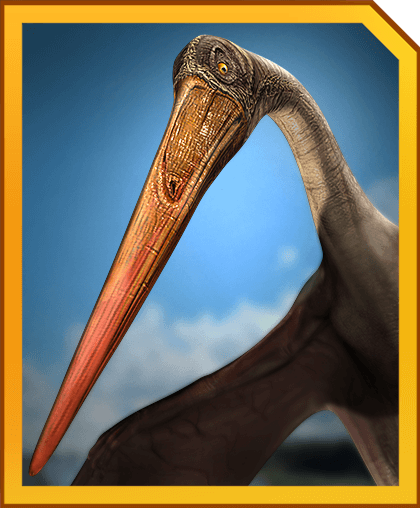 This seems like an interesting choice for a prize and we hope that means Alankylosaurus will be getting a hybrid in the future (hopefully?). I know a lot of people aren't exactly thrilled with this prize, but it is exclusive DNA and if Alankylosaurus does get a hybrid I will be greatful for any extra DNA for it.

In case you missed it this week...

In other news from the week, we had some fascinating articles about the JWA Field Guide, Sim Matchups, and many more so make sure to check them out if you haven't!

This has been an exciting week and we are looking forward to seeing what they have in store for us next week! We are still working on the 1.10 tier list already and hope to have that out in the next couple of weeks. As always, make sure to follow us on Twitter and Facebook where we will keep you up to date with information, and join our discussion on discord. Have fun out there, explorers!