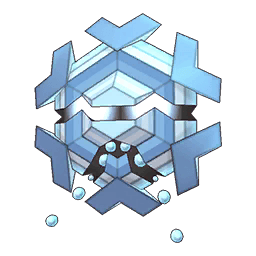 They are born in snow clouds. They use chains made of ice crystals to capture prey.

The power of this move is increased if not all of the opponent’s stats are raised.

Restores the Pokémon’s HP whenever it takes an action during a hailstorm.