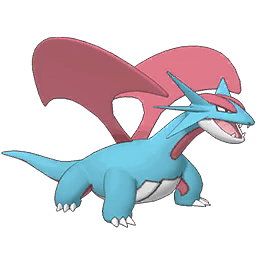 Overjoyed at finally being able to fly, it flies all over the place and usually doesn’t land until it’s completely exhausted and needs to sleep.

Salamence is a powerful support with great bulk, decent mixed offenses, potential for massive team buffing, and an incredible unique move and passive. However, it is held back by its inability to increase the offenses of its teammates in a meta that revolves around powerful strikers and units that buff their attacking stats. Despite its shortcomings, Salamence is the go-to pair for any team that wants to increase its survivability.

Salamence’s “X Sp. Def All” allows it to easily boost the defenses of its team by a huge amount with no drawback, and Dragon Claw/Breath allow it to cover whatever offensive weaknesses its team might have with powerful mixed attacks. Aside from that, Salamence has some of the best unique abilities in the game:

-”Hard To Starboard” in conjunction with “X Sp. Def All” can massively increase its teams bulk while recharging the move gauge by two full bars for its teammates to take advantage of.

-”Terrify” instantly lowers the attack of all opposing pairs when Salamence enters the field, which together with “Hard To Starboard” makes Salamence and its teammates nigh unkillable by physically offensive pairs.

Salamence’s above average stats in every category except for speed allow it to become incredibly bulky with its team buffs, or to become a powerful mixed attacker with buffs from other supports like Dusclops or Serperior. His one weakness in this area, his (relatively) low speed, is somewhat made up for by his ability to fill the team’s gauge with “Hard To Starboard”.

One of the most important things a support needs to do in Pokemon Masters is buff the Striker’s attacking stats so that they can quickly kill the stage boss before it can unleash its aoe sync move. Salamence’s biggest issue is his relative uselessness on this front when compared to to other supports like Dusclops and Serperior. While “Hard To Starboard” does help with this by refilling the gauge, it doesn’t come close to “Time to Energize”, “Sp. Atk All”, or “Unbreakable Bonds”.

Salamence works best when used with healers who can take advantage of the massive amount of defense he provides, and with pairs that for whatever reason want to prioritize staying alive over dealing damage (e.g other tanky supports and tech pairs with status effects). One very prominent example of the latter is Xatu, who when used with Serperior can build up a massive amount of defensive stats and Sp. Atk, and then use all the free gauge from “Hard to Starboard” and “Time to Energize” to tear apart the opposing team with “Stored Power”. 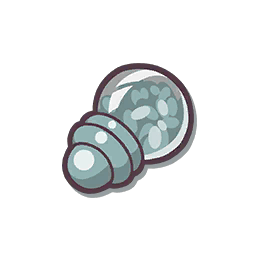 Lowers the Attack of all opposing sync pairs by 1 stat rank when the user enters a battle.

Sylveon
Hello is there any certain way I can get a slyveon ? 4 posts - 3…
Account Not Linking (Error 30209)
Hi everyone, I made a quick post about this in the general error code thread, but I’m…
Serena/Delphox Question
Hey everyone, new player here. So, after reading up on some of the sync pairs, I…
Masters of land and sea battle 2 hoenn team
How to do this without may/steven/archie/maxie… Team discussion time Got wallace, if…
Need a little help with team break part 1
So i have returned a few weeks ago, and been doing some catching up with my sync pairs…
Read More