The scarcity of early game Dark strikes combined with the pair's sheer damage potential make it an excellent addition to most player's barracks, although an unimpressive setup time and a lack of utility outside of sheer damage keep it from the upper reaches of the list. 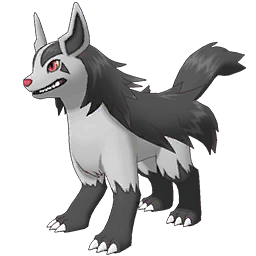 Mightyena gives obvious signals when it is preparing to attack. It starts to growl deeply and then flattens its body. This Pokémon will bite savagely with its sharply pointed fangs.

Defense Down: An opponent
Attack Up: Self
Recoil

Crunch
Has a small chance of lowering the target’s Defense.

Raises the user’s Attack each time another Pokémon on the field of play faints.

Charges the user’s move gauge by four each time another Pokémon on the field of play faints.