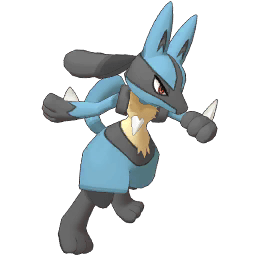 Analysis by kieramisu
Other Forms 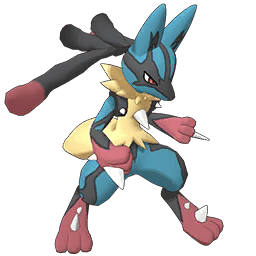 It concentrates its mental energy and fires off mysterious waves called auras, which can crush boulders of large size to dust.

Crit Chance Up: Self
Defense Down: Self
Sp. Def Down: Self
Attack Up: Self
Speed Up: Self
Flinch Immunity

As a fast Physical Striker Pair, Korrina & Lucario are hard to beat. Sporting high Speed and an array of self-sufficient buffs, these two can easily carry players through the main Story and sub in on quests against foes vulnerable to the Fighting type. However, being a glass cannon, Lucario can’t take much heat and will throw the match if she falters too early in a fight.

Due to the steep Defense and Special Defense penalties following each use of Close Combat, Lucario is left completely vulnerable to any attack. Bulk mechanics keep her from being targeted in most situations, but against AoEs, she'll take a large chunk of damage even from feeble foes.

Lucario has to focus down enemy Sync Pairs one-by-one, which can get hectic when no one opponent Sync Pair is a single big threat.

Bulkier teammates are a must for making Lucario the lowest priority for targeting mechanics. To cover Lucario’s bases defensively, any Defense buffs from teammates like Swanna help survival. Given her offensive nature though, Lucario would prefer complementary support in the form of  Move Gauge refills. Rosa & Sererior, Phoebe & Dusclops, and Drake & Salamence are some strong teammates with this capability. The Dusclops pair is especially good with their Attack Up, something also provided by pairs like Lyra & Meganium, Maylene & Meditite or Liza & Lunatone.

Become Mega Lucario until the end of battle. 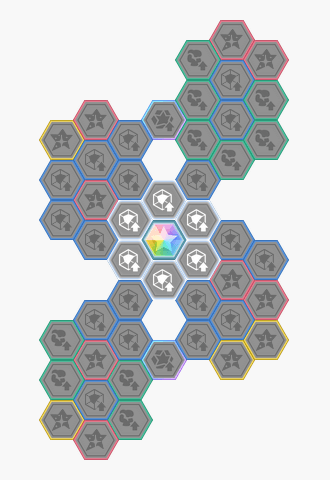