One of the game's premier offensive Techs, Mega Altaria's massive Special Attack stat and incredibly rare typing alone would make it a great addition to many players' barracks. However, even beyond this, the excellent bulk and unique Defog access the pair sports allow it to fill a variety of roles on many different teams and generally make it one of the best offensive tanks around. Additionally, the rising popularity of aoe buffs from pairs like Blastoise and Clefairy have made offensive tanks much stronger by letting them work in tandem with a dedicated Striker on the same team. Despite all of this, and the pair's immense potential power, it can be extremely difficult to use, requiring full grid access and extensive team Support in order to shine in most situations. This can make it impractical to pull and subsequently use for many players, but for those with resources to spare, a better Fairy type won't be found. 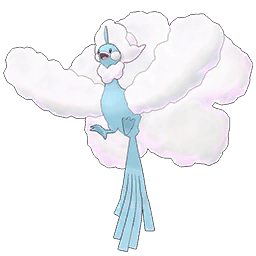 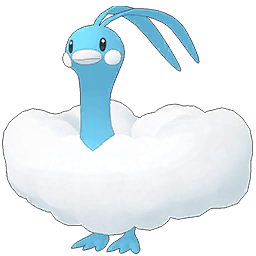 Charges the user’s move gauge by one when the user is hit by an attack move.

The less HP the user has remaining, the more it powers up moves.

Once per battle, has a small chance of reducing the user’s sync move countdown by one when in a pinch.