The game's best Rain setter by a huge margin and an excellent damage dealer in its own right, Swampert is an awesomely powerful tech that defines the Rain spam playstyle. Additionally, its excellent standalone dps and tech abilities make it a great sideman even outside of that context, granting it a versatility few of its fellow terrain techs can manage. It's kept for now from becoming a meta-dominating force by the lack of a powerhouse rain Striker capable of abusing Swampert the way pairs like Garchomp and Zekrom abuse their respective field conditions, but this is bound to change eventually and send the pair even further up the tier list (Mirror B. and Ludicolo, anyone?). 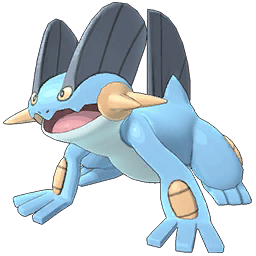 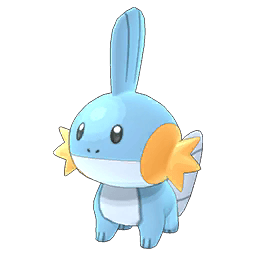 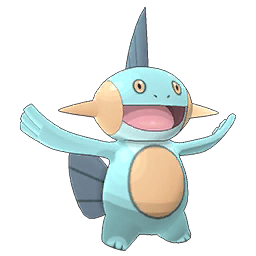 Swampert is very strong. It has enough power to easily drag a boulder weighing more than a ton. This Pokémon also has powerful vision that lets it see even in murky water.

Rainy
Sp. Def Down: An opponent
Rainy Move Gauge Up

Become Mega Swampert until the end of battle. This move’s power increases when the weather is rainy.

Powers up moves when the weather is rainy.

The more the target’s accuracy is lowered, the more it powers up moves.

Sync Grid for May & Swampert