The introduction of Legendary Arena has rocketed Victreebel to the top of the Single Player Meta, since it and Gengar with Accuracy buffs have the power to utterly destroy individual enemies and that's what the format revolves around. Even outside of this format, Victreebel has been rising in usage lately as more and more people realize that when supported by Eevee and paired with Gengar it can pretty much cheese any Single Player Stage. 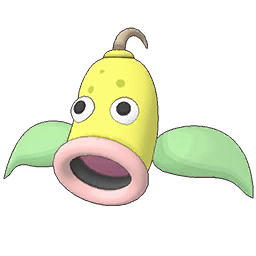 Victreebel has a long vine that extends from its head. This vine is waved and flicked about as if it were an animal to attract prey. When an unsuspecting prey draws near, this Pokémon swallows it whole.

Speed Up: Self
Sleep
Attack Up: Self
Defense Down

Its power increases if the target is asleep.

Has a moderate chance of lowering the target’s Defense when an attack against it is successful.