Without the Attack needed to be an efficient Damage Dealer, and with a gimmick that doesn't serve much purpose in Single Player were the offensive Pair should always be protected by Supports, Aegislash is unfortunately nothing more than a mediocre at best wannabe Striker. 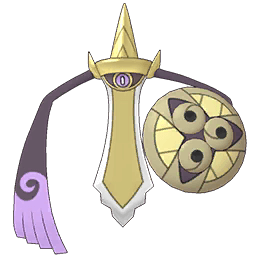 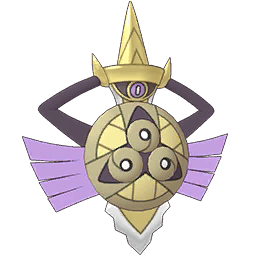 Generations of kings were attended by these Pokémon, which used their spectral power to manipulate and control people and Pokémon.

Speed Up 2x Damage
Blocks Damage to Self
Attack Down: An opponent
Depends Up: Self
Flinch
Critical Immunity
Forme Change

The more the opponent’s Attack is lowered, the greater the power of this move.