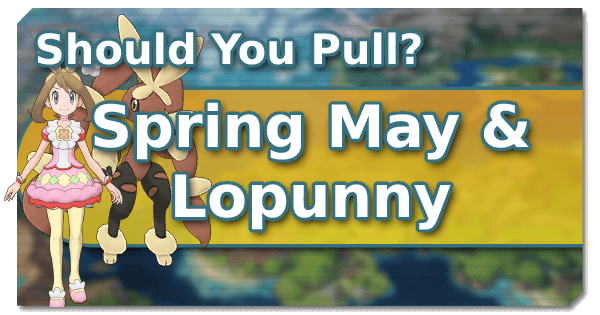 + High Utility in Strike and Support

At first glance, it is immediately obvious that Lopunny is a Strike unit that excels at providing team-wide support. In fact, one could argue that Lopunny functions more as the offensive variant of Skyla’s Swanna, offering the same ungridded boosts (albeit not as efficiently) but with a strong offensive threat after Mega Evolution.

Hi Jump Kick is really powerful and doesn’t shred Mega Lopunny’s bulk like Close Combat does for Mega Gallade, the primary Fighting Type competitor. Sure, it does incur a hefty 50% max HP recoil for missing, but this drawback is a lot easier to mitigate. Lopunny can even do so itself through Hippity Hoppity after Mega Evolution. Therefore, the only limitation of Lopunny’s set is its inability to self-buff Critical Hit Rate, which is itself easily solvable.

The as of yet unimplemented interaction with Gravity may pose some problems in the future for Lopunny. In the main series games, Hi Jump Kick fails when the field condition is active. Should this interaction ever find its way into the game, it would effectively shut down Mega Lopunny’s damage output for its duration.

Since Lopunny doesn’t depreciate its own bulk, it fares better in longer stages like Full Force Battles, Legendary Arena, or even Champion Stadium. However, Lopunny’s high reliance on Move Points means that it isn’t a good fit for the Battle Villa.

This grid setup gives Lopunny the highest available damage output on Hi Jump Kick through nodes like Ramming Speed and HP Advantage. These combine to allow Mega Lopunny a (marginally) higher damage output than Mega Gallade. However, players do need to take note that both of these nodes are locked behind a second duplicate, making Lopunny an expensive acquisition.

Critical Strike 2, is, as usual, the go-to Lucky Skill here, even if Lopunny lacks the capabilities to buff its own Critical Hit Rate. Power Flux 3 is a decent alternative, but the inability to buff Sync damage puts it at a clear disadvantage (~2k damage).

Lopunny has no way to buff its own Critical Hit Rate. The either-or nature of its Trainer Move then results in additional reliance on Speed support since Lopunny needs to reserve one use of Hippity Hoppity for Accuracy buffing. Fortunately, there are multiple ways to cover all the multiplier requirements.

The most straightforward route is to run Lopunny with the best Physical support, Hilbert’s Samurott. It satisfies Critical Hit Rate and Speed, though its Attack buffs are redundant alongside Lopunny’s Solo Fanfare 6. Against stages that buff evasiveness (like the currently ongoing Latias Legendary Arena), players can round out the team with Accuracy support like Lillie’s Clefairy, or go for the inverse with Sygna Suit Leaf. Hem In 2 on Venusaur’s Sync Grid has a moderate chance to lower the target’s evasiveness, which does help mitigate Hi Jump Kick’s imperfect accuracy and accompanying drawbacks. Sygna Suit Leaf can also help weaken foes through Sundering 9 and Poison damage.

Lopunny’s high flexibility as a secondary Strike means that it can operate in a Mixed team too. As such, the primary Support unit falls to Sabrina’s Alakazam, even if Lopunny doesn’t benefit from Special Attack boosts. Alakazam’s Reflect and Lopunny’s X Defense All can combine to make the team really bulky on the Physical spectrum. Players can also pick up Reflect: Pep Rally 2 to max out Lopunny’s Speed after one use of Hippity Hoppity.

On a Dual Strike composition, players could look to run Lopunny alongside Diantha’s Mega Gardevoir. The latter is notorious for its hefty Move Gauge consumption, so Lopunny’s Move Gauge buffs is greatly appreciated.

May (Spring 2021) is definitely a powerful unit in its own right. However, it is not an urgent acquisition since Wally is available in the regular Gacha pool, and chances are most players would already have at least a copy of the other Hoenn Rival. Wally is a fantastic straightforward strike, so if players aren’t comfortable with operating a Dual Strike core, Lopunny becomes less appealing.

Trivia: Both Hoenn Rival Sync Pairs (when classified as a Strike Unit), utilize a Generation IV Fighting Type Pokemon that is capable of Mega Evolution.