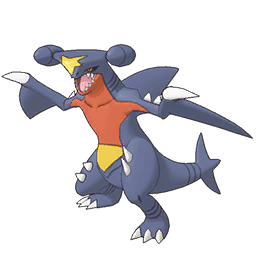 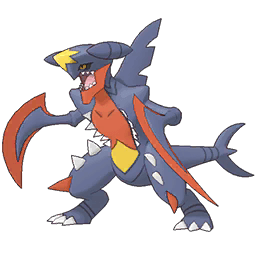 It flies at the speed of sound while searching for prey, and it has midair battles with Salamence as the two compete for food.

Move Failure 2x Damage
Attack Up: Self
Speed Up: Self
Crit Chance Up: Self
Sandstorm Damage Up

Garchomp is a hugely powerful Physical Striker and a strong contender for best Single-Player Striker in the game. Its sheer power, fairly rare typing, and powerful aoe attack give it the ability to be effective in Co-Op, but its reliance on supports for buffs to make full use of its moveset make it inconsistent and keep it out of the upper echelon of that format. Overall, Garchomp is a powerful choice for a Ground Type on a co-op player’s team but isn’t essential, and is an absolute must-have for anyone looking to focus on Single-Player.

High power aoe moves are quite a powerful thing, and are extremely rare as well. Having one on a pair with an attack stat as formidable as Garchomp allows players to, with just a couple of buffs, knock out both of the opposing side pairs without sacrificing damage to the stage boss itself. In single player this is a nice benefit that allows you to focus the boss without worrying about anything else, but it really shines in Co-Op where side pairs are often massive threats. It’s so incredible in that format that it gives Garchomp a powerful niche in a wide variety of Ex Raids and Events by itself.

Between X Attack and the Speed/Critical Chance buff from “This Match Is Too Fun!”, Garchomp has access to all the buffs a Striker needs to deal massive damage. The one issue with this is that without outside support from a Dire Hit All or Sandstorm user it won’t be able to reach +3 (or 100%) Critical Chance. Regardless of this, X Atk combined with a still very high Critical Chance and its sizable base Attack allow it deal huge amounts of damage with very minimal setup.

While Garchomp has some of the highest aoe damage potential in the game and is still capable of dishing it out to a single target, it just can’t compete with other powerful 5 Star pairs like  Solgaleo or Dragonite in terms of sheer dps. This keeps it out of the highest tier of co-op attackers since it is almost never an optimal choice for neutral Damage.

To get the most out of Garchomp, you’ll want to pair it with Dire Hit All users like Dusclops, Sandstorm setters like Acerola, and any support who can further increase Garchomp’s Attack and Speed (Oshawott being a great example of this). In co-op, Acerola’s Over Here! Already makes it a fairly powerful pair and using it as a sandstorm setter for Garchomp can greatly increase its consistency by allowing it to max its own Critical Chance.

Stomping Tantrum
Its power is doubled if the user’s previous move failed.

Become Mega Garchomp until the end of battle. 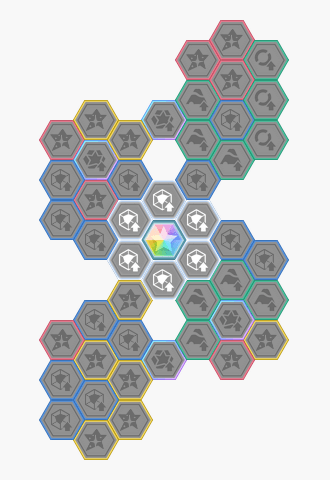