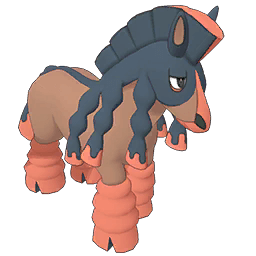 It remains calm and unmoving no matter the situation. It mixes dirt with the saliva in its mouth to make a special kind of mud.

Accuracy Down: An opponent
Accuracy Up: Self
Attack Up: Self
Defense Up: Self
Confusion Immunity

Hapu and Mudsdale are a middling single target Physical Strike pair that struggle to find a niche in a game with multiple other pairs (such as Lucario and Empoleon) who outclass them completely. They are, however, a good budget choice for new players as one of the early 3 Star story Sync Pairs.

Unfortunately, the game’s lack of Physical Support pairs that new players have easy access to makes them a much worse choice in this role compared to an early Special Striker like Empoleon or Dewgong. Until something changes on that front, Hapu & Mudsdale will remain a pair useful only for the first couple of story missions before quickly being outclassed and forgotten about as the player gains access to better Strikers.

Mudsdale is one of the few Ground type Strikers in the game, and this lets it somewhat makes up for its drawbacks in early story missions by virtue of being the only pair with a type advantage against some stage bosses.

Mudsdale’s high defensive stats and ability to boost its Defense by 3 stages through “Stand Strong!” afford it considerable survivability in comparison to other strikers.

One of the biggest things holding Mudsdale back as a Striker is its mediocre at best stats. It directly competes with Mega Lucario (also an early game story pair) for the role of single target physical striker, yet Lucario possess almost double Mudsdale’s base Attack and a much better moveset to boot. While Mudsdale’s bulk stats are better than those of most strikers, its Attack is the lowest of any Physical Striker in the game, including unevolved Totodile. Trading offensive stats away in favor of defensive ones is rarely, if ever, a good tradeoff for damage dealing Sync Pairs.

Another huge weakness of Mudsdale's is its lack of boosting moves that help it to effectively fulfill its role as a Striker. Its sole offensive self-buff is “Stand Strong!”, which only increases its Attack by a single stage.

Mudsdale’s low damage and good (for a Striker) bulk make it a better candidate for a secondary Striker on teams which already have plenty of setup with their Support than as a team’s solo Striker. It works particularly well with self-sufficient Strikers who don’t need two Supports, such as Pinsir and Lycanroc, and with Supports who can raise its Attack like Oshawott or Dusclops. 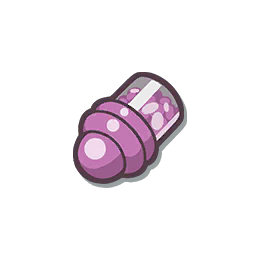 Prevents the Pokémon from becoming confused.