Delphox continued the tradition of powerful Fire Type Tech pairs by instantly becoming one of the game's most centralizing damage dealers as well as by far its most powerful status spreader immediately upon release. Even without considering its excellent potential DPS, the sheer power of Go Viral allows Delphox the incredibly supportive utility to see use on almost any team. This isn't to discount that DPS though; a quick look at the pair's Sync Grid reveals one of the most potent Strikers we've ever seen with all sorts of multipliers turning its Dauntless Overheats into what is likely the most powerful unbuffed Move in the game. In conclusion, this may be the first pair since the days of Garchomp and Charizard that can truly be called meta-defining and it absolutely deserves its place on top of this list. 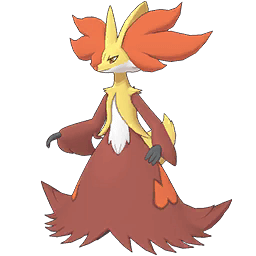 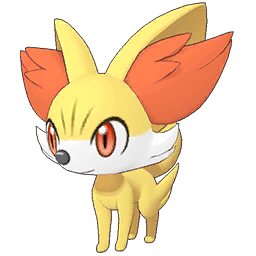 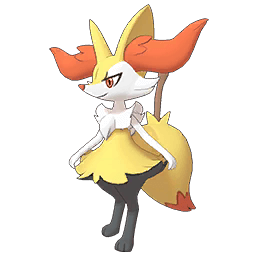 It gazes into the flame at the tip of its branch to achieve a focused state, which allows it to see into the future.

This move’s power increases if the opponent is asleep.

Has a good chance of lowering the target’s Attack, Defense, Sp. Atk, Sp. Def, Speed, accuracy, or evasiveness at random when an attack is successful. Raises the user’s stat by the same amount.

Powers up moves when the target is asleep.