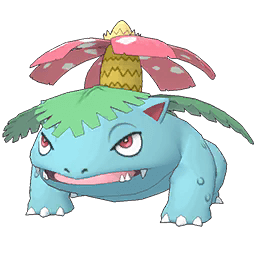 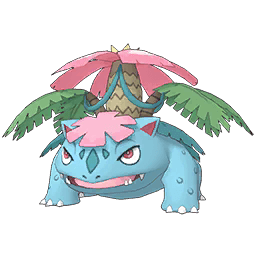 There is a large flower on Venusaur’s back. The flower is said to take on vivid colors if it gets plenty of nutrition and sunlight. The flower’s aroma soothes the emotions of people.

Crit Chance Up: Self
HP Up: An ally

Become Mega Venusaur until the end of battle. This move’s power increases if the target is poisoned or badly poisoned.

Has a good chance of leaving the target badly poisoned when a move targeting an opponent is successful.

Lowers the target’s Defense or Sp. Def—or both—when a move targeting an opponent is successful.