Although the pair borderline requires a fully invested Sync Grid for use (and its 6 star ex form in order to reach its real potential), that investment is often well worth it as a properly set up Milotic is one of the most versatile and powerful offensive tanks in the game. Unearthly levels of healing, the immensely powerful sterner stuff, the ability to block opposing status while applying its own trapped condition, and a massive number of damage boosts combine to allow the pair to achieve such ridiculous feats as soling certain Legendary Arenas and 2v9ing most full force battles with ease. Although the setup and commitment it requires is immense, the rewards Wallace & Milotic are capable of providing more often than not make it all worth it. 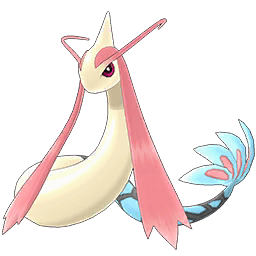 While Milotic is said to be the most beautiful Pokémon, Trainers who like Feebas and have raised it are seemingly disappointed by Milotic.

Brine
Its power is doubled if the target’s HP is at half or below.
Whirlpool
Leaves the target trapped.
Grand Illusion!
Applies the Status Condition Reflection effect to the allied field of play. Makes the user able to endure the next hit it takes that would reduce it to 0 HP.
Mirror Coat
The user takes up a counterattacking posture. Using this move again will cause the user to leave this posture. No other actions can be taken while in this posture. The user will attack if hit by a special move while it is in this counterattacking posture, then the user leaves this posture. The more damage the user has taken from the opponent’s move, the greater the power of this move.

This move’s power increases if the target is trapped.

Powers up moves when the target is trapped.

Increases the amount of damage the target takes from being trapped.

Restores the user’s HP after using a sync move. 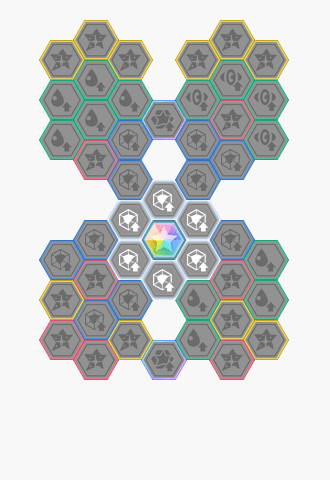 Marnie?
I just had to ask to make sure I’m not crazy but I just saw Marnie and Leon in Pokemon…
Master Scout: Leon and Charizard roll thread
Good luck to all The Greatest Scout for the Greatest Champion and Greatest Brother…
Sycamore sync grid
Does anyone know what to do with sycamores grid? Just wondering 7 posts -…
Give and take full force battle without grid?
So according to the missions I need to beat the full force battle with only 6 pairs……
Egg roles?
So, egg pokemon… which pokemon fits what role 4 posts - 2 participants …
Read More