It’s easy to look at Roland and think he’s unimpressive. And it’s true, for that matter, that he probably doesn’t have much of a place outside of counterclassing. It’s also true that he’s cleanly the weakest Servant on his debut banner. Once you get past that, though, Roland does actually start to make a place for himself. He’s an ST Buster Servant with all the standard things—survival, ramping steroids, utility, Koyan-compatible batteries—and, more importantly, he’s the only ST Buster Saber to bring all of those things at the same time. It’s true that Tsuna hits harder in-niche, and that Musashi and Sigurd deal more damage in general, but none of them have batteries. Bedivere has a battery, but he has limited utility and no damage ramp. And Rama’s… generally undertuned. Roland may not be the best ST Buster Saber, but he’s the only one without notable asterisks, which makes him a nice addition to the spookable Servant pool, if nothing else. 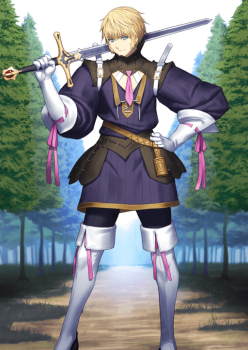 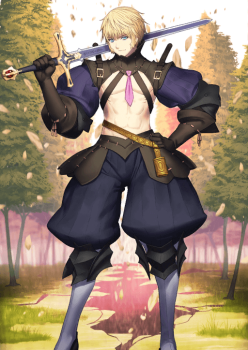 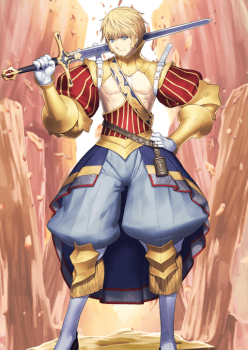 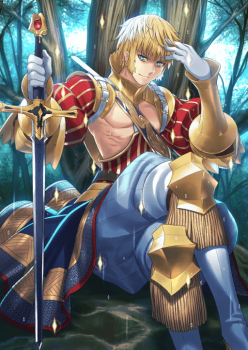 Roland has pretty average stats as SR Sabers go—maybe a bit offense-leaning—which isn’t a bad place to be as a DPS. More attack wouldn’t hurt him, but he’s fine as-is. His internals are less good, with slightly below-average Arts and Quick cards. Star gen, similarly, is not a strength, with only one Quick card and generally low hit-counts. Roland has the exact same passives as Charlie, but they help him less: Magic Resistance is still decent, but Riding does a lot less on a one-Quick-card Buster unit than on an AoE Quick Saber. For appends, Mana Loading is great as always—Roland is functionally a 30% battery Servant, so the 20% starting charge is especially important. The other appends don’t matter a ton: Extra Attack damage is sometimes nice, but there’s not a lot of reason to bring Roland at neutral, which makes anti-Rider damage unappealing.

Rounding out the first Traum banner, Roland also has terrible mats. He needs 60 of the new swords per skill, plus a fair number of proofs, among other things. That’s a lot of commitment if you want to max him out.

Roland’s skillset is nice all-around, and as a Buster Servant, he really wants everything maxed to fully leverage Koyanskaya’s cooldown reduction. Recommended skill order is 1>2>3.

Diamond Body is a nifty defensive tool. At first blush, the combination of invuln and 100% defense might seem redundant—and in a lot of cases, it is—but what makes this neat is that an enemy has to be able to get past both in order to damage Roland. Pierce invuln is fairly common, and attack buffs or defense-piercing effects are also fairly common, but getting both together is less so. It’s a marginal bit of extra safety, but it’s fairly unique, and it’s there. The skill also gives 20% NP gauge at max level, which is nice. With the 10% charge on skill 3, Roland has 30% total charge on skills, which is enough for reliable Koyanskaya loops.

Increase own Buster Card effectiveness (3 turns).
Clear own debuffs.
Decrease own Debuff Resist against Charm by 50% (3 turns) [Demerit].
Remove buffs from all enemies.

Love of Love is Roland’s primary damage buff, giving a standard 30% Buster buff for 3 turns. Unfortunately, it’s on a slightly longer cooldown than is standard for buffs of this type, which matters more for Buster units than for most—with a 6-turn cooldown at max level, Roland doesn’t get to stack this until turn 3. In exchange, the skill gets both a selfish debuff removal and an AoE buff removal effect. You’ll probably use this on turns 1 and 3 in order to maximize the buff stacking effect, so this isn’t quite as flexible as you might want, but it does give Roland some nice utility you can make use of in fights that need it. This skill does make Roland particularly vulnerable to Charm effects, though, so you might not want to bring him to fights where Charm gimmicks are particularly prevalent.

Much-Delayed Horn is Roland’s most interesting skill. On a 3-turn cooldown at max level, Roland can use this three turns running if you stagger Koyan’s batteries, or twice in one turn if you don’t. The skill itself is quite nice, giving 20 stars and a star weight buff for easy crits, plus 10% NP charge. Even without levels, Roland can use this on turns 1 and 3 to good effect. Sure there’s an HP demerit here, but it’s not a huge cost, and the skill’s usefulness makes up for it.

Durandal is a straightforwardly powerful ST NP. It gives Roland pierce invuln before dealing damage—letting Roland deal with unremovable invuln buffs, or surprise invulns on turns where his buff removal is unavailable—and it provides ramping, pre-cast attack and crit buffs. For his first NP, Roland’s buffs are unremarkable, with 30% Buster, 20% attack, and (for subsequent cards) 20% crit damage, but since both the attack and crit buffs ramp, his damage increases nicely each turn. Overcharge supports like Reines and Himiko amp Roland’s damage further, too, which is nifty.

Roland’s biggest claim to fame is being a conventional Koyan-enabled Servant. You can run him with two Koyanskayas and an Oberon and have a solid setup for killing Lancers, no questions asked.

Since Roland’s batteries are mostly what set him apart from the other ST Buster Sabers (at least, in terms of use techniques), we can push this a little farther. If you have Crane and Nobukatsu as well, you can guarantee Roland a loop even if he doesn’t draw any cards until turn 3. The team is Koyanskaya/Roland/Nobukatsu/Koyanskaya/Oberon/Crane:

On turn 1, Roland and Koyanskaya use all of their skills. Koyanskaya then plugs out for Crane, and Crane and Nobukatsu use all of theirs. You use a Nobukatsu->Roland->Crane NP chain, which gives Roland Nobukatsu’s Buster buffs and a level of overcharge for some more damage before his NP goes off, and then gives further buffs and 40% NP charge from Crane’s NP afterwards. On turn 2, Roland uses Much-Delayed Horn again, and Koyanskaya 2 uses all of her skills. If Roland drew enough cards for a brave chain (or drew either of his Busters), Oberon uses his NP damage buff as well. Roland uses his NP and any cards available to him. On turn 3, Roland uses all of his skills, and Oberon uses all of his as well, bringing Roland back to his third NP.

Roland’s first turn in this setup is pretty weak, but he scales rapidly and significantly, so for CQs with weak first bars and much higher second and third bars, Roland can be a good pick.

Outside of this, Roland is a conventional Buster Servant who will work well in conventional Buster slowplay teams. Double Merlin is no longer state-of-the-art, but Roland has enough nice tools to work well with that team. Alternatively, Castoria-centric stall teams are a natural fit due to Roland’s strong overcharge effect. Himiko/Roland/Castoria or Reines/Roland/Castoria teams will be extremely stable and will output solid damage.

Roland is extremely self-sufficient, so he can do well at even lower levels of investment, too. Conventional budget supports like Hans and Mash are natural fits here, helping to keep Roland alive while he does his thing. Hans in particular is a strong pick, providing healing to offset Roland’s demerits and giving stars and a crit buff to help fuel Roland’s crits.

For burst setups, The Black Grail is, as always, the best choice. Especially considering Roland’s relatively flexible loop conditions, there’s no real reason to turn down the extra damage, and Oberon turns this into even more of an advantage on turn 3. For stall or budget setups, though, Black Grail’s demerit can be a problem, so Roland may want to run something else. Limited/Zero Over is always safe, as is Golden Sumo. Victor of the Moon is also a good pick here, as Roland has relatively low in-kit crit damage buffs, so he benefits nicely from the combination of Buster and Crit up.

If you think you might use Roland in slowplay teams, I’d suggest putting some healing CCs on him. Castoria stall teams have no innate healing, and even in a perfect stall team Roland will periodically lose health to his own demerits, so having a way to recoup some of that can be nice. Otherwise, crit damage CCs are great here, as Roland has extremely easy crit access but low-ish in-kit crit modifiers until he’s able to loop his NP a few times.

Using a pair of grails to take an SR from 80 to 90 is a pretty good value proposition, especially when the SR in question has a nice kit and wants more stats. Roland makes good use of the extra attack and the extra HP, so if you find yourself using him a lot, he’s a good investment of grails.

Roland is solid. He has some neat utility, and the short CD on his third skill sets him apart a little. He has all the normal things you want in a Buster DPS, and he works well with a range of supports. As I said at the top of the review, it’s easy to look at his kit and write it off as boring, but he’s actually the first ST Buster Saber to… well, be boring in this way. There’s really nothing wrong with the guy, and when all of his direct competition has to deal with one flaw or another, that makes him stand out. He’s not so good that you’d pull for him as a neutral damage-dealer, and there are plenty of other options for Lancer-killing—whether that’s a Buster Berserker or an Arts Saber or what-have-you—but still, no complaints here. Nice kit. No objections. 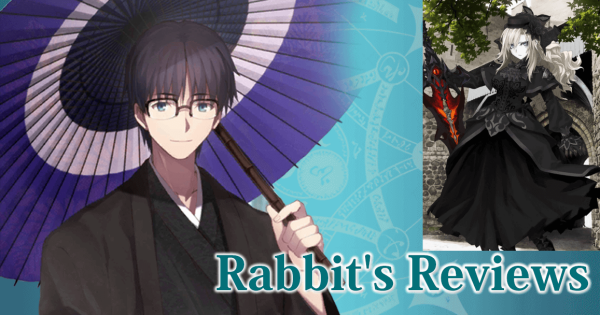 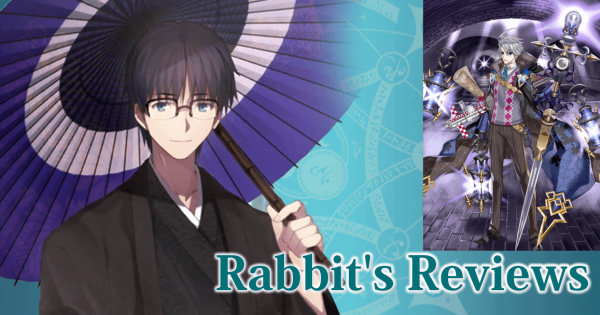 Golden Rule EX: A Hoarding Problem
Part I: The Beginning (Duh) At first it started out innocently. It was an…
Busti's Stall Diary Chapter #555: Yes, I'm that narcissistic
Hi, I’m here to fill the void of there being no better alternative. I’ll just cut to…
How far do you level your CEs?
I just watched Myst’s free CE tier list on Youtube in order to prepare for upcoming…
Does Aniplex own Type-Moon?
My friend and I were having a discussion about this and he’s saying that Sony and…
Busti's Stall Diary Chapter #554: Eh, Saileach
pixiv #明日方舟 是长发公主~ - 逸のあるく行のイラスト - pixiv 是长发公主~ by…
Read More