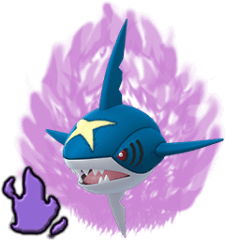 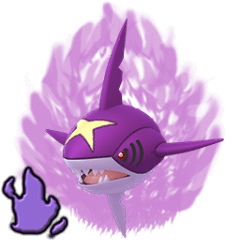 Shadow Sharpedo is one of the definitive glass cannons of Pokemon Go. While it has high damage, it's also outclassed in DPS by other Pokemon. It is also extremely frail, and drops blazingly fast.

Waterfall’s (4 DPT/2.66 EPT) relatively low energy gain mixed with Sharpedo’s incredibly low bulk means you’re not likely to be firing off Hydro Pump (130 power, 75 energy). As such, Crunch (70 power, 45 energy) and Poison Fang (40 power, 35 energy) are the two cheap charged moves of choice. Bite (4 DPT/2 EPT) is potentially a usable option, but it's inferior most of the time.

Shadow Sharpedo drops way too fast to be viable.

Shadow Sharpedo drops way too fast to be viable.