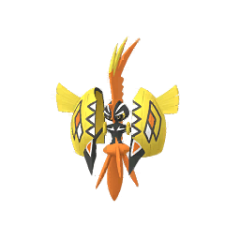 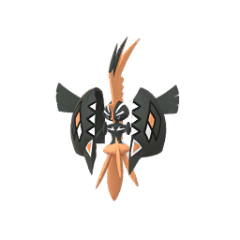 Gen 7 is finally upon us and Tapu Koko leads the way! Unfortunately its stats are somewhat lackluster compared to existing Electric-type attackers, making this Pokemon more suitable as a Dex filler.

Volt Switch has superior stats in both damage output and energy generation compared to Quick Attack, not to mention STAB.

Brave Bird and Thunderbolt tie for the least amount of energy among Charge Moves available, though they're still moderately expensive. The former grants powerful Flying-type coverage with a risky debuff, while the latter benefits from STAB for consistent Electric-type damage. Thunder is slightly stronger for slightly more energy, but adding further energy costs is undesirable. Dazzling Gleam provides strong STAB Fairy-type coverage if needed, although it should be noted this is the most expensive option in terms of energy.

Tapu Koko's CP is too high for Great League, unless obtained from Research at level 15.

A combination of Electric and Fairy is relatively unique and interesting, but not particularly complimentary. While Fairy-typing would seem to be advantageous against the ubiquitous Giratina, this can be easily bypassed if Giratina chooses to use Shadow Claw rather than Dragon Breath. Tapu Koko's high ATK stat is also not ideal for this league, leaving it rather fragile compared to other popular picks in this league. Perhaps the most discouraging drawback for Tapu Koko lies in its cumbersome moveset, with not a single Charge Move accessible under 55 energy.

Tapu Koko's rating isn't particularly high partly due to the lack of stats compared to meta picks in this league, along with its sluggish moveset. The failure to comfortably secure wins against certain typing-advantageous matchups is discouraging, such as vs Kyogre, and most notably against Machamp and Togekiss when both shields are available.

The New Regis
With the release of Shadow Registeel, there’s been speculation about when shadow…
Daily tasks
Of all the things we do in pokemon go for many reasons (XP, stardust, collecting,…
Shadow Mewtwo option
Got two shadow Mewtwo candidates to power-up and not which one to go with. Definitely…
Raid Glitch Charge Attack
I was about to beat a Tapu Koko RAID and strangely I get a MEGA Boast ATTACK on ROCK …
Update Glitch
Has anyone been experiencing any kind of problems with the new update lately? …
Read More