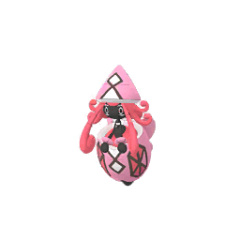 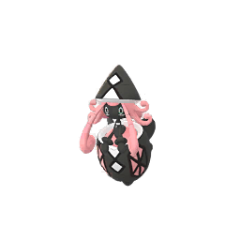 Tapu Lele is the second of the Tapu quartet to be released into Pokemon Go, and... it's not doing a whole lot, frankly. Psychic/Fairy is a solid typing overall, but it's woefully outclassed as a Psychic Type attacker, and it's also lacks a Fairy Type fast move to join that under-represented brigade. As it sits, Tapu Lele has a performance very similar to a Psychic Type, non-Shadow Gardevoir, which makes its investment iffy at best.

Confusion is a great STAB fast move, offering powerful damage and decent energy generation. Astonish is awful and should not be seriously considered

Psyshock is necessary due to its relatively low cost. Moonblast is Tapu Lele's secondary STAB, second cheapest charge move, and nuke option. Focus Blast can be used over Moonblast to destroy Steel-type Pokemon that would otherwise wall Tapu Lele, but it is difficult to consistently reach due to its cost, Tapu Lele's frailty, and Confusion's average energy gains. Future Sight does not offer any coverage or any meaningful benefits that isn't covered by Confusion and Psyshock already.

Tapu Lele's CP is too high to be used in Great League.

Tapu Lele's frailty and inability to reliably fire off Moonblasts betray the potential usefulness of its secondary Fairy typing. Other Psychic-type contenders should be considered before looking into Tapu Lele, such as Cresselia, Deoxys Defense, and Lugia.

The Fairy type is exceptionally powerful in the Master League to the prevalence of Dragon-type Pokemon, but once again, Tapu Lele lacks great ways to utilize it. As a Psychic-type, it is heavily outclassed by Mewtwo and Meloetta, who can make up for the type's mediocre effectiveness due to sheer power or sheer stats, respectively. As a Fairy-type, both Zacian and Togekiss possess the tools to take advantage of it, either in the form of great coverage or reliable Fairy damage. Tapu Lele generally finds itself incapable of oppressing the Dragon-type Pokemon it is supposed to beat, thanks to its unreliable Fairy damage and poor bulk.