The much anticipated Pokemon for our May 2020 Community Day has been announced, as has the special move!

This event brings with it

Shiftry, the final forme of Seedot, has long been considered a decent/budget attacker for raids, and a bit of a glass cannon for Great League and Ultra League PvP in particular. For its special community day, it will be learning Bullet Seed. While this Grass Type move will generally be an inferior choice to its existing Razor Leaf in raids, its superior energy gains will likely have at least some impact on PVP, though Shiftry already knows Snarl, which has basically identical stats to Bullet Seed, just sporting the generally more pervasive Dark Typing instead of Grass. Because of this, Bullet Seed is unlikely to have a much of an effect on Shiftry's place in the PvP meta.

Also worth noting is the fact that Shiftry is currently available as a Shadow Pokemon, and that its shadow forme is also worth considering for PvP due to its extremely fast damage-dealing capability. While Bullet Seed may not always be the move of choice, it's definitely worth considering.

Beyond all this, we do not yet have stated confirmation that the Seedot family will be available in shiny forme, though it's extremely likely given the track-record of past Community Days

As seems to be the trend now, players will also be able to access a special research line for $1 named Seeing Double. This line will give players three Incense, five Golden Razzberries, and more according to the official news release. 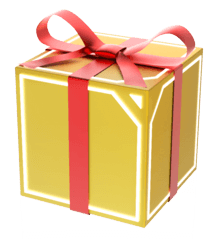 Much like last month, we're getting another box... and this one's another doozey. For he standard cost, players will receive 30 Ultra Balls, 3 Incense, 3 Lucky Eggs, and 1 Elite Fast TM.

This marks the second premium box release of an Elite TM, and will be the first chance for many players across the globe to receive this very important item.

To top it off, Niantic will be releasing a livestream for the duration of this Commmunity Day, allowing players to tune in to the fun! It will be held on the Pokemon Go Youtube page. Future of FOMOn GO and Elite tm's
Elite charge tm’s, and also now fast TM’s bring up something interesting i’ve thought…
Seedot spawn rate reduced? GEN 4 disappeared? NA/EST
Hi all, I thought the CD event should last til 5pm in local time. But it stopped…
Shiftry - Bullet Seed or Snarl?
Just wondering, which Fast Move is better for the Leagues? 7 posts - 7…
Question- Shiftry is good in both Great and Ultra League
but with Bullet Seed it can hit more meta-revelant pokemon for SE in Great League …
Need balls
040303858019 Heyy guys send me request on Pokemon go and I need gifts as I am out of…
Read More