Powerful buffs along with easy access to Status (something becoming more and more important now that Single Player teams have more space due to Strikers gaining more powerful Buffs themselves) along with decent Bulk make a Torkoal a fine choice as a Status user/Off-tank for Single Player teams that have space for it. Its Sync Grid also can give it plenty of bonuses in the sun, making it an even more effective choice on teams that already rely on Sunny Weather. 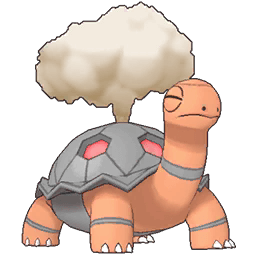 You can tell how it’s feeling by the smoke spouting from its shell. Tremendous velocity is a sign of good health.

Burn
Sp. Atk Up: Self
Defense Up: Self
Crit Chance Up: Self
Stat Decrease Immunity

Flannery & Torkoal are a rather interesting Sync Pair as they are the Player’s first introduction to the Passive Skills through Impervious.

She can double her Sync Move’s Damage output by Burning the target beforehand, but her relatively high Bulk makes her a target in single-player mode, where she is used most often.

This Passive Skill means that Torkoal retains all of its stat Boosts, which is great when paired with Allies like Roxanne, who Buffs her Special Attack, Speed, and Defense. Torkoal also has decent Bulk, meaning that it can take a few hits before it faints.

Torkoal’s Sync Move doubles in Power if the target is inflicted with Burn, which she can accomplish on her own through Will-O-Wisp.

As a Fire Type, the Damage can be increased by Blaine’s Ponyta changing the weather with Sunny Day.

Torkoal’s Will-O-Wisp puts the Enemy on a timer since they get Damaged for each Move that they use.

This can come in handy against Enemies who are just that bit too Bulky and usually avoid KOs with a sliver of Health left.

Her only attacking Move is Ember, which is pretty darn weak. Players will depend heavily on the Sync Move to do any significant Damage, which is a grind. On the bright side, Ember is a cheap Move so it’s easy to spam until the Sync Move is charged.

While Burn is nice, most of the EX stages Enemies are immune, making her lose a lot of the potential Damage.

As a Tech Sync Pair, they have relatively low Base Special Attack. This can be patched up through Impervious or Potential Upgrading, but the latter is not recommended due to there being better options to Potential Upgrade.

Teams that specifically benefit from the Enemy having Status afflictions are her best option since that’s the only thing Torkoal can really do beyond Tank.

Roxanne works well to help Buff all the stats that Torkoal needs to maintain her Damage output. Otherwise, Players can consider throwing her on Sunny Day Teams.

Ember
Has a very small chance of leaving the target burned.

Its power increases if the target is burned. 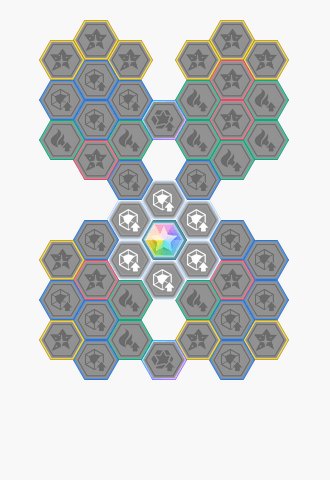