While its reliance on slow debuffs and lack of upfront bulk can make it difficult to use, its versatile toolkit and and ability to function without Mp make it a solid option in Legendary Arena and especially Battle Villa. Trapping, aoe debuffs, and especially Hp Regen are immensely valuable in the Villa, and it even makes up for a lack of Mp Refresh on its primary defensive buff through the incredible Intimidate. In the Arena, although aoe isn't quite as big a deal, debuffs being permanent make Masquerain excellent at neutering a boss for the duration of a run and a great option alongside Crobat or Torkoal on stall. 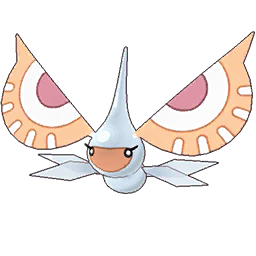 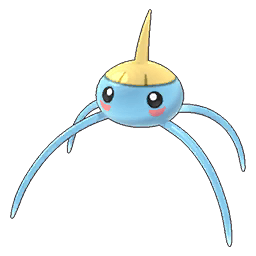 Masquerain intimidates enemies with the eyelike patterns of its eyespots. If that doesn’t work, it deftly makes its escape on its set of four wings.

Bind
Speed Up: Self
Sp. Atk Down: All opponents
Sp. Def Up: Self
HP Regen
Attack Down

Its power increases if the target is trapped.

Lowers the Attack of all opposing sync pairs when the Pokémon enters a battle.