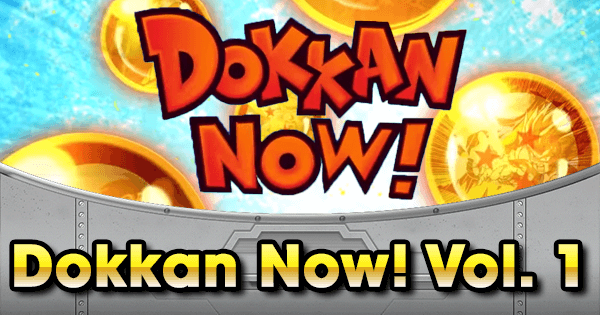 The good folks at Bandai and Akatsuki have decided to bless us Global players with a new video series, meant to deliver information on what to expect in the future. This first broadcast describes the first part of the Christmas 2019 Celebration. A lot of the information presented is very vague, seemingly intentionally, so we will try to be as specific as possible. 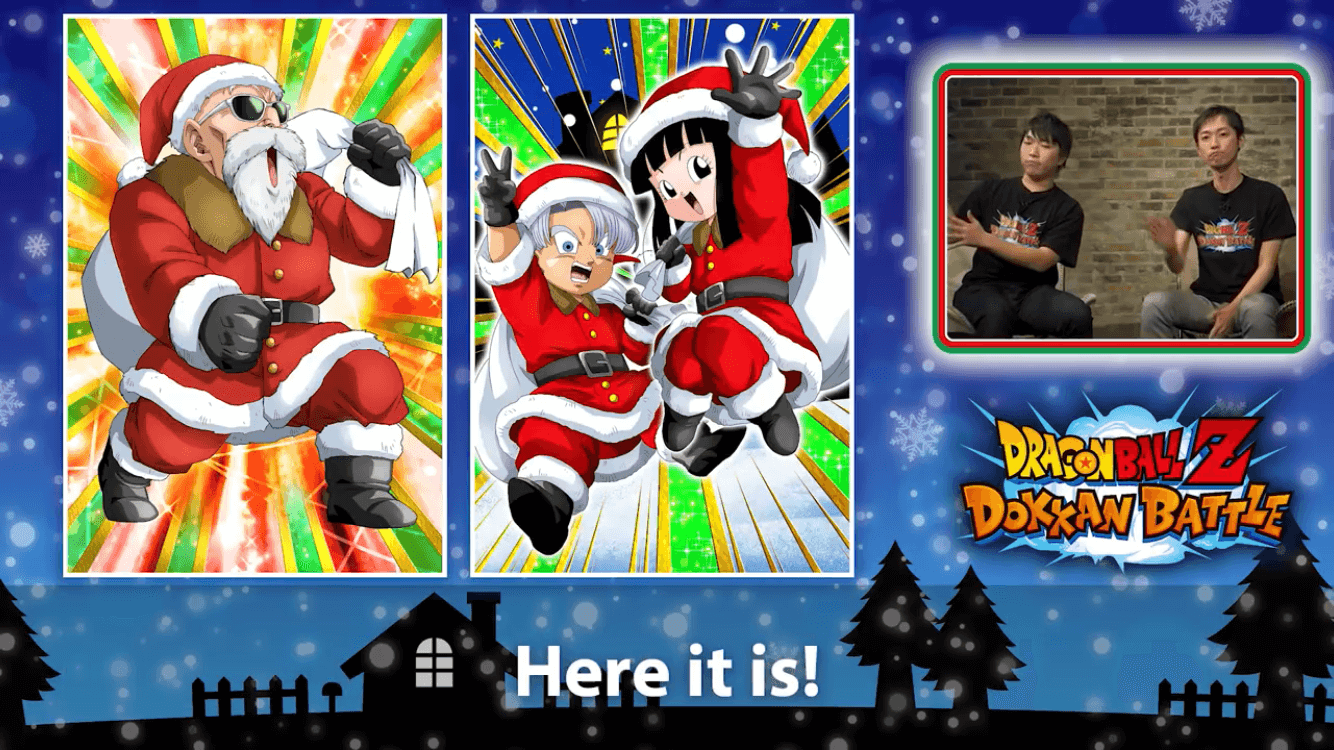 So the first announcement is that Thrilling Christmas Eve - Master Roshi (Santa) Super TEQ and Christmas Eve Gifts - Trunks (Kid) & Mai Super TEQ will be returning for this celebration for Login Bonuses and from Summons. This is a great chance to collect them to help with raising Super ATK Levels for your favorite Cards. 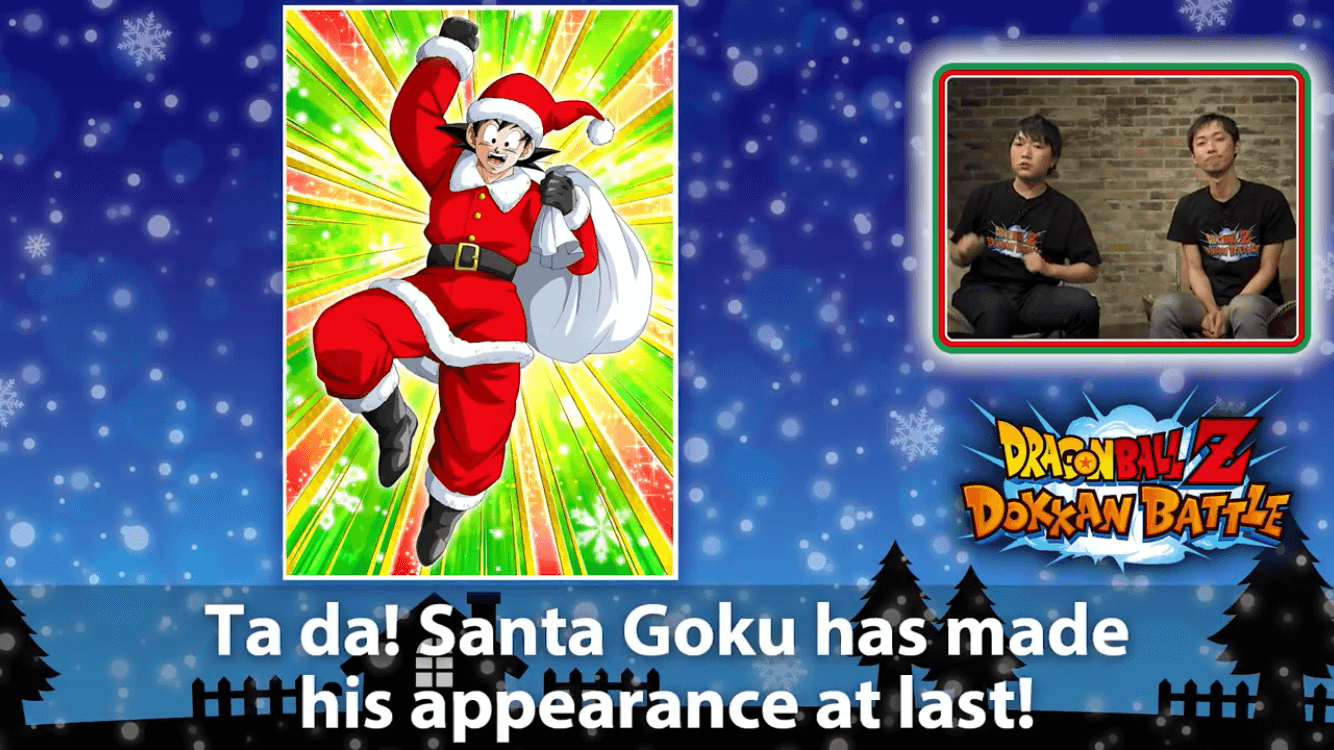 Santa Goku also makes his first appearance this year! It’s unclear if he is another Card to raise a Card’s Super ATK Level or if he is a combat Card at this time. 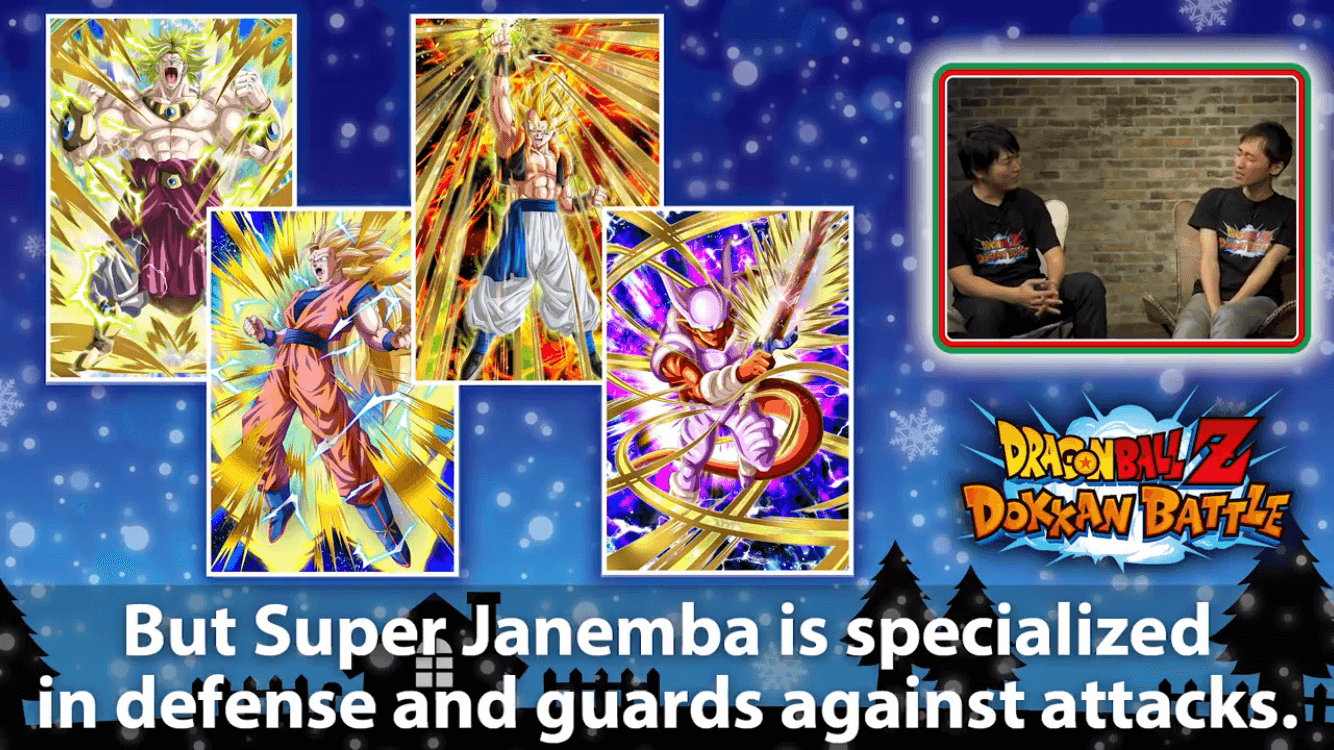 The game will also be giving out a God Dragon Stones as well. Some of the Cards up for grabs highlighted in the video are; 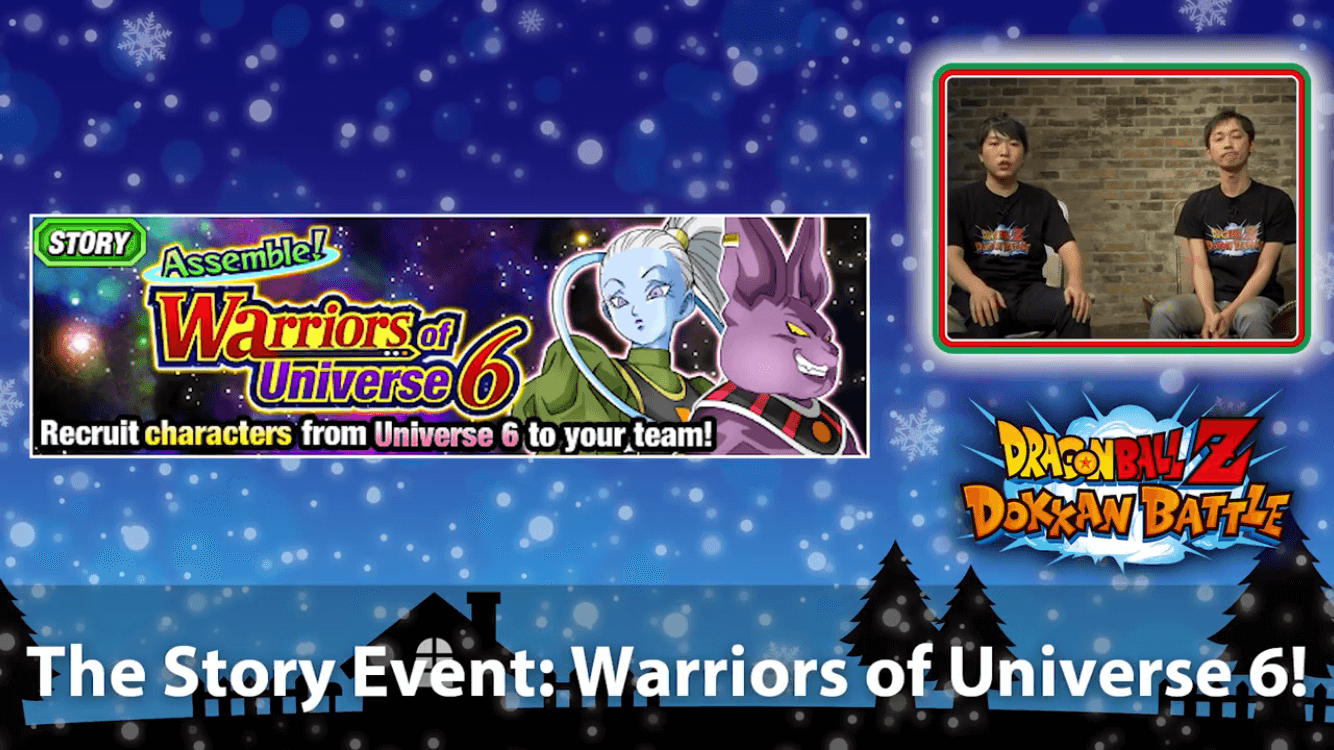 The next Story Event coming to Global is “Assemble! Warriors of Universe 6”. This releases four new F2P Cards to Global, plenty of Dragon Stones, and the new Vados Awakening Medal. The new Hit and Champa Cards can be used to raise Super ATK Level of any Hit or Champa Card in the game. Vados and Saonel & Pirina get their own F2P Cards too, with Vados being a support Card for the Universe 6 Category, and the Namekians make a powerful F2P addition to the Namekians and Universe 6 Categories. 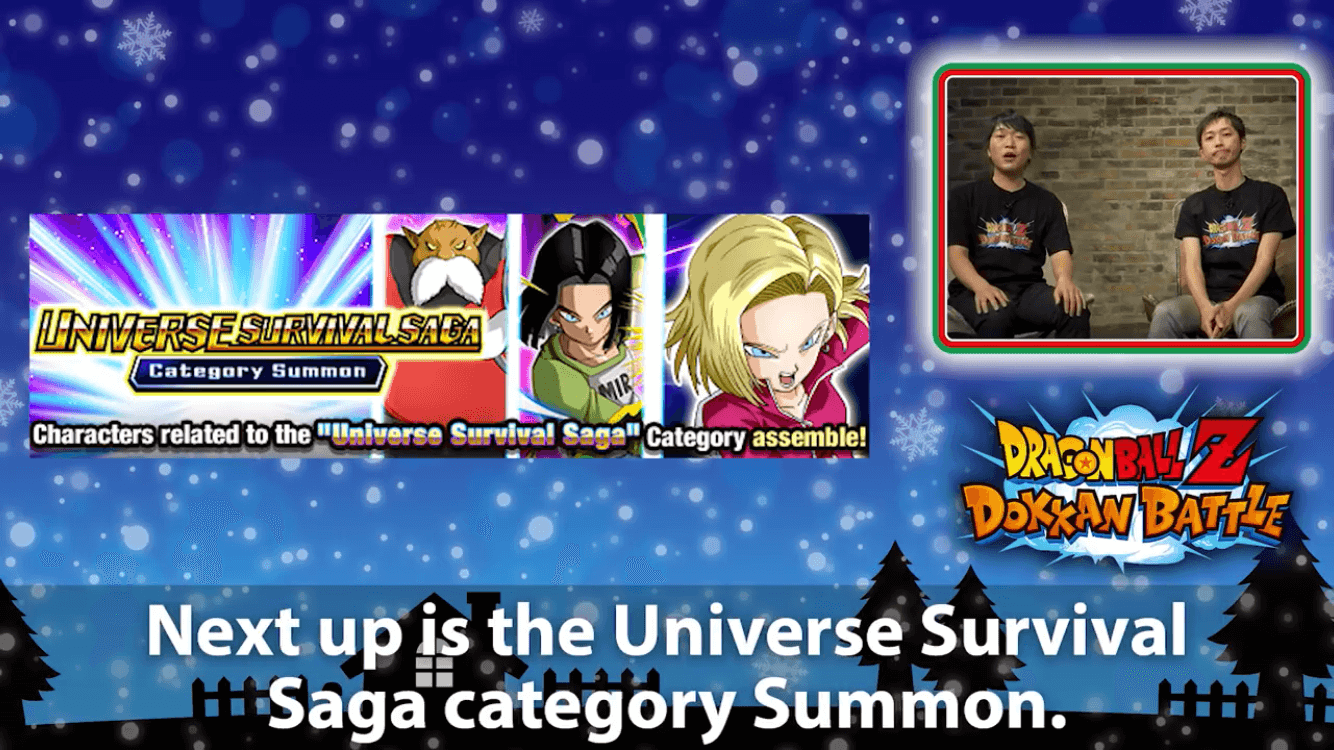 The Category Summon Banner for the Universe Survival Saga will be coming as well. The featured Cards are;

SSR Defeat Is Not an Option - Android #18 TEQ 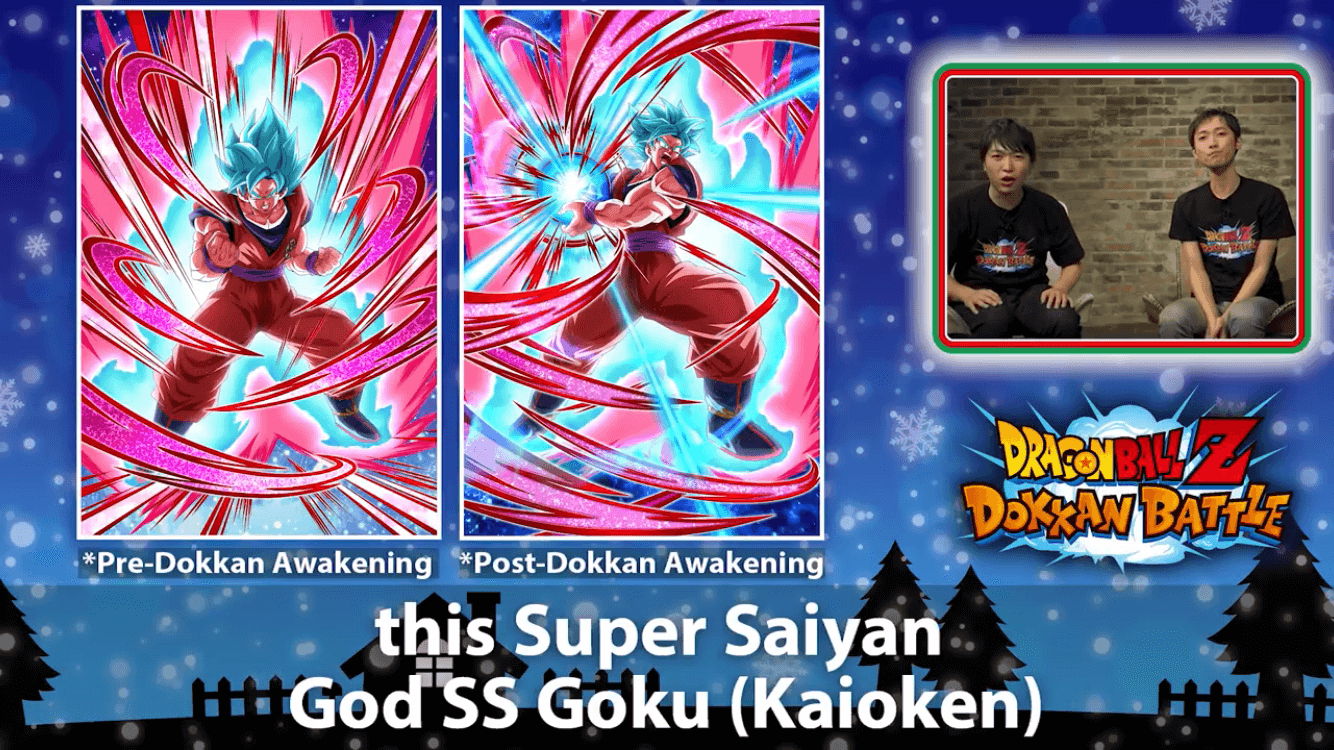 The next Dokkanfest Exclusive Card is also a Global First! Super STR Super Saiyan God SS Goku (Kaioken was announced to be coming to the game next week. Details are sparse so far, but they did show off his Super ATK at 5:48 and his Active Skill at 6:28.

It’s also mentioned that he is an “Attack-focused character” and that his Active Skill “raises not only his own Attack, but also the Attack of the whole Team.” Goku will be another Leader for the Universe Survival Saga Category. There’s one section in the video where they mention double Leader that led many to speculate he has two categories in his Leader Skill, but it was in the context of Goku being used as a Sub-Leader in Virtual Dokkan Ultimate Clash along with Jiren to let you use the Team under two full Leader Skills.

It is still highly likely that he will come with a second category (possible a new category), but the video didn’t 100% confirm one way or the other.