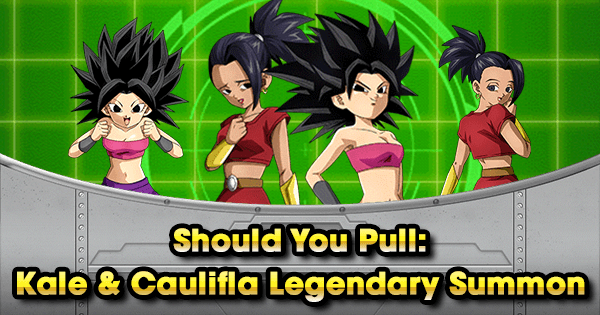 Merry Christmas Campaign Part 2 has started and with it comes arguably one of the best Cards in the game. In addition to LR Caulifla & Kale, this banner brings two Universe 6 and Peppy Gals leaders in the new Kale and Caulifla Cards.

The other featured SSRs on the banner aren’t bad, but aren’t super uncommon on other banners, either. The timing of this banner is interesting; with the Christmas banner is only a week away and New Year’s getting closer--will this legendary banner be worth a pull?

Fortunately, this Banner brings three great new Cards to the game--arguably four if you’re considering running the UR form of LR Caulifla & Kale. The rest of the featured line-up is also impressive with Cards like Bulla and Kefla.

While the featured SSRs are great additions for numerous Teams, they aren’t exactly hard to come by as none of them are Dokkan Fest Exclusives. Aside from the featured LR, players can easily find these Cards on numerous banners.

The most unfortunate part of this banner is its timing because the Christmas ticket banner will be out soon, have far more LRs, and New Year’s is also closeby. The LR Caulifla & Kale banner isn’t a double rates banner either--not surprising since the Japan release didn’t either--but making it less enticing to splurge on.

The featured line-up is actually pretty decent, but it came at the most content-packed time of the year and lags behind in priority with discounted banners coming soon.

SSJ2 Caulifla & SSJ2 Kale have an abundance of ATK Buffs, stacking DEF, Ki, dodge, and synergizes considerably well with all of its categories. The biggest drawback is making sure you have enough stones to pull and maybe rainbow it.

Caulifla stacks both ATK & DEF with her Super ATK, making her a great tank and Links incredibly well with her main Teams. She might be a bit of a slow starter, but the longer the event goes on, the more she’ll shine.

Kale is built for Offense and, similar to the new Caulifla, stacks ATK & DEF. While players may find some issues with flexibility outside of her main Team, due to her Passive Skill restrictions, Kale can still perform incredibly well.

Caulifla hits hard and, thanks to her Passive Skill, can dodge the Enemy 50% of the time, making her somewhat of a tank. On top of a normal dodge, Caulifla has a 30% chance to dodge and launch a counterattack.

Kale is a glass-cannon that can combo Attack to maximizes the use of her incredible 120% ATK Buff. On top of high Damage, Kale also lowers Enemy DEF by 40% for 3 turns with her Super ATK.

Bulla is an amazing support Card with a Passive Skill that give all allies +3 Ki and a 40% ATK Buff. Her DEF might not be the best but with Peppy Gal allies on the Team, Bulla can gain up to a 60% chance to evade Enemy Attacks.

Should You Pull? What About Banner X or Celebration Y? 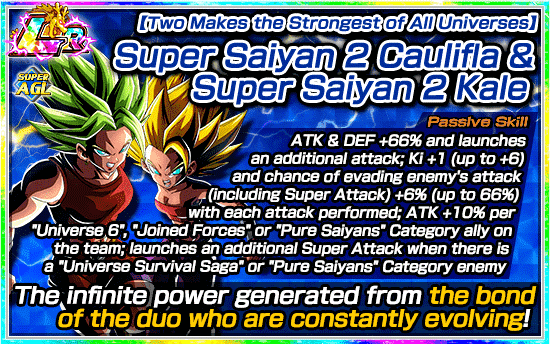 Consider skipping this banner, or at least hold out until the Christmas banner arrives. Chasing LRs is pricey so if you got stones to burn, feel free to pull, but maybe one multi-summon is more than enough.

While it should not be surprising that the banner doesn’t have double rates, it would have made summoning on this banner worth the investment. The lack of discounts as well means this banner is a sizeable investment, and players may have a better return on investment on next week’s banner.

The other featured Cards are fine but since none of them are Dokkan Fest Cards, players will easily see them again on some other banner since they are in the general pool of Cards.

The biggest reason to pull on this banner is that the new LR Caulifla & Kale are one the best Cards in the game and it’s no surprise that any player would want this new Card. Regardless, this banner is being sandwiched between so much content that it’s hard to justify spending a lot of stones when discounted banners are incredibly close.