The Imaginary Scramble event brings with it two SSR Servants, one limited and one not. Nemo is the non-limited of the two, adding a longtime story ally to the general summon pool. Unfortunately, although Nemo’s a great character with great animations, his gameplay leaves a lot to be desired. Nemo is heavily dependent on a pair of pretty limited niches, going from pretty good within them to really bad without them. To make matters worse, he’s competing with a welfare and a 3* who are both pretty much strictly better, which leaves him as one of the more unappealing SSRs of the year from a gameplay standpoint. 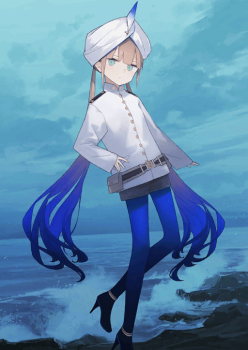 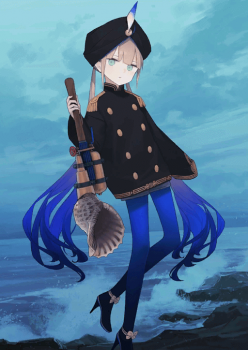 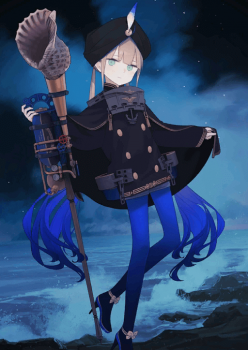 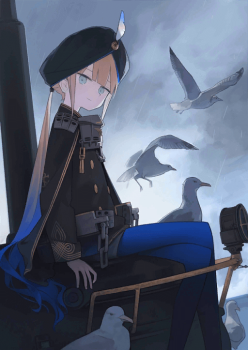 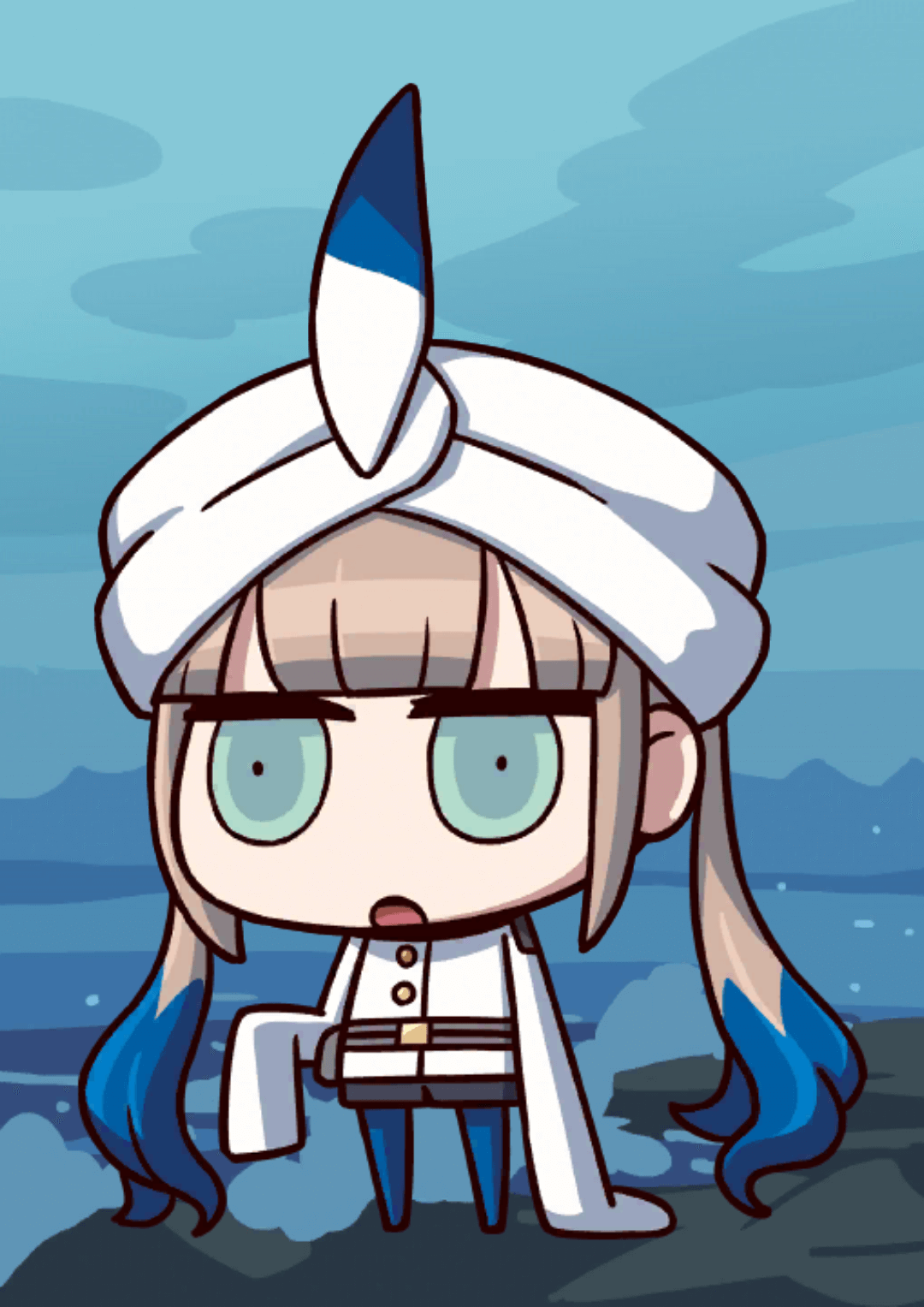 Protection of Poseidon B

Increase Arts Card Critical Strength by 10%.
Apply Damage Cut by 500 when field is [near water] or [Imaginary Space].

Nemo has a pretty good stat spread, with reasonably high attack and pretty good HP as well. His internals are good too, with high-ish hit-counts and a pair of very strong Arts cards. Unfortunately, Nemo’s good internals don’t really carry over to his NP—he’s super dependent on cards to loop—but that’s pretty standard for ST Servants anyway. For passives, Nemo has Riding and Divinity (neither of which help him much), as well as a unique passive that increases his Arts Crit damage by a bit. The unique passive also gives Nemo a hefty 500 damage damage cut on Water and Imaginary Space fields, which is a solid bit of extra bulk when Nemo happens to be in niche.

Nemo asks for a ton of Lostbelt mats, which makes him pretty unfriendly for newer players. That said, assuming you’re caught up on the game’s story, he’s not actually all that hard to invest in.

Nemo’s skillset is where things start to fall apart—he just doesn’t have the tools he’d need to stand apart from his competition. Recommended skill order is 3>1>2.

Voyager of the Storm C++

Nemo has a unique variant of Voyager that has much lower steroids at base in exchange for also getting a specialty Charisma effect tied to being on a Water or Imaginary field. Outside of Nemo’s Niche, this is just 12% attack and 12% NP damage up for one turn, which is pretty unacceptably low. A burst-oriented skill should at least bring a Servant to good damage for a single turn, but Nemo’s doesn’t really even get his damage up out of “mediocre” range. In niche, this is a little bit better, but Nemo still loses damage on subsequent turns, and if you want to save this for the third turn of a loop (when you usually need the most damage), that implies losing out on the charisma effect on turns 1 and 2. Bleh.

Persistence is Nemo’s most interesting skill, but it’s also not especially useful in practice. The skill is an NP-charge-plus-guts skill, with the typical 7-turn guts cooldown, which means Nemo won’t get access to the NP charge all that often. The guts has the decency to last 5 full turns, at least, and when the guts procs it gives Nemo an additional 50% battery, which could be enough to let him get one last NP off before he gets knocked out. This is a nice skill overall, but it also doesn’t really do a whole lot for how Nemo works.

If Guidance looks familiar, that’s because it’s almost identical to one of Ryouma’s skills. This provides an AoE 20% Arts buff for 3 turns and also gives 15 stars to work with. 15 stars isn’t enough to let Nemo reliably crit, but with some outside stars it can help him be a little more consistent. AoE Arts buffs are nice for helping supports get access to their NPs a little faster (in addition to the standard benefits to the Servant in question), so these effects are pretty good in a vacuum, but unfortunately this is Nemo’s only sustained steroid, so the low values are pretty rough. In-niche, the benefit of the Arts buff doubles, which makes the skill a lot more respectable, but being so dependent on particular fields to be fully-functional is a huge knock against Nemo as a whole.

I Conquer, With the Nautilus's Great Battering Ram

With the number of effects tacked onto it, you’d think Nautilus would be a strong NP, but unfortunately it is not. Without any of its niche bonuses, Nautilus gets a pitiful 10% NP damage up, and that’s it. Without any of his niches, an NP1 Nemo will do roughly 42k on his burst turn and roughly 34k outside of burst. He needs NP2 for his burst turn to outdamage Ryouma’s and Mandricardo’s sustained damage, and he needs NP3 to beat them on his off-turns. Fortunately for Nemo, his damage looks a lot better on Water fields, jumping up to 67k on burst turns and 56k on off-turns at NP1—with a potential 50% bonus added to the top of that if you happen to be fighting a super giant enemy. This does make Nemo a better pick than his free competition when you happen to be on one of his favored fields, but it’s not like Mandricardo and Ryouma aren’t sufficient in Castoria world (to say nothing of a high-NP Rider Murasaki), so the cases where Nemo’s potential value matters are vanishingly small—you basically need to have a fight against a Caster on a Waterside map where the free units don’t do enough damage to comfortably clear the fight but where Nemo’s extra damage makes up the difference. This is, in a word, unlikely.

Nemo’s an ST Arts Servant with good cards, so standard double-Castoria teams will be his best option, as usual. You can run Tamamo as your third support for maximum damage, Sherlock for maximum utility, or Waver/Reines for extra looping stability. Standard stuff.

It’s perhaps worth noting, though, that two of Nemo’s skills provide buffs to the whole team, which means he might have some value as a semi-support in fights where you really need multiple damage-dealers for one reason or another. His AoE buffs are quite low outside of niche, so this is only really at all valuable on Water or Imaginary maps. This does mean he has a bit of synergy with Summer Melt, though. Summer Melt can force a waterside field, and Nemo’s AoE Waterside offensive buffs aren’t all that far below what Tamamo provides—Nemo’s actually a little better than Tamamo in burst, in fact. You could run Castoria/Melt/Castoria/Nemo, plug one of the Castorias for Nemo on turn 1, use Nemo’s buffs to strengthen Melt, and then have Nemo handy to use his NP against a single high-HP enemy. This could potentially be a way to tackle a fight that’s mostly AoE but that has one target that needs an extra push of ST damage.

The Black Grail is the best CE for any Arts point Servant if you’re running Castoria, unless there’s an event damage CE available. Failing that, Sign of Smiling Face is also nice in that it makes looping a little easier while also providing damage, and Painting Summer can allow for even more reliable loopage, especially with a backup Waver/Reines.

Honestly, if you want to grail an ST Arts Rider and you don’t have Nemo at high NP levels, you’d get more mileage out of giving the resources to Mandricardo or Ryouma. I’d skip this one.

At first glance, Nemo might seem to be in a similar place as Hajime was a few weeks ago—ST Arts means Castoria synergy means good by default, but the free alternatives are generally better. There are a few key differences here, though, the most prominent of which is that Hajime is a really good servant in his own right, whereas Nemo’s value would be highly questionable even without the free alternatives. Nemo is strong on his favored fields, but so much of his kit is dependent on that niche that in the vast majority of cases he winds up as one of the weakest ST SSRs in the game. To make matters worse, Nemo has the disadvantage of being an SSR and therefore expensive. It’s a lot harder to bump Nemo’s NP levels to the point where he competes more effectively with the free competition than it is to do the same for Hajime or, say, Rider Murasaki. This is not a Servant I would recommend targeting even in a world where Ryouma and Mandricardo didn’t exist. With them around, though, Nemo’s a huge “why bother?” 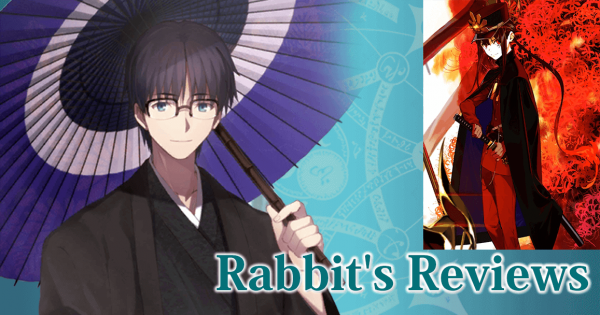 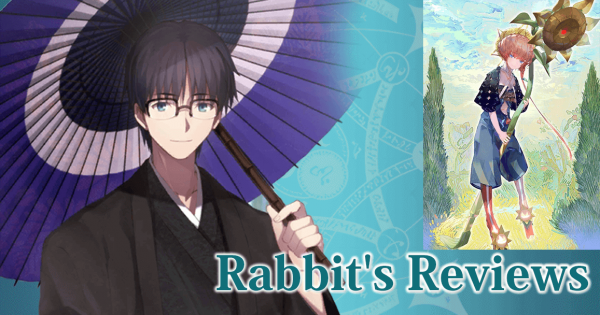 Who's a D**k? He's a D**k. Time for us to get shafted by him again! (Not a Proto) Merlin Roll Thread
I’m lazy. It’s slightly early. The banner rarely shows up. So Poketar makes a slight…
BB Summer costume rerun?
Will it be possible to buy BB Summer costume in the future? Sadly I did not finish…
Las Vegas Official Bout roll thread: FPS, doggos and udon. The secret formula of success
IT IS HERE, FELLOW MASTERS! How cunning is it of DW to make the theme of my most…
CE Poll (Extra Edition)
In the interest of (to quote @Gou), equal opportunity objectification, it seems…
Busti’s Stall Diary Chapter #338: Seahorse
Swimming_Horse2640×2016 367 KB wikiHow …
Read More