Usually with FGO Servants, the expectation is that new non-limited Servants will have simple and unremarkable kits that are generally a step below the best stuff in the game, while new limited Servants will be experimental, extremely powerful, or both. There are design misses here and there, usually on the weaker end of the spectrum (poor Nemo), but by and large if you want the really good stuff, you look to either new limited Servants (like Muramasa) or a handful of very old non-limited weirdos (like Waver or Vlad).

Galatea bucks this trend. Her kit is fairly straightforward, sure, but it also happens to be pretty ludicrously powerful. With good persistent steroids, excellent NP refund, and some of the most useful utility an Arts Servant can have, Galatea cleanly asserts herself as the best ST damage-dealer in the game. It’s a little surprising to get a new Servant—especially a new non-limited Servant—with this level of power, but given how powerful Arts tools were already, Galatea raising the power ceiling doesn’t have a whole lot of practical impact beyond making high-powered Arts tools a little more accessible. In other words, she’s an absolutely excellent Servant who nonetheless doesn’t change the game much. 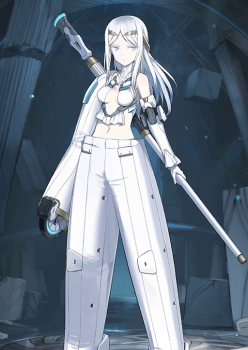 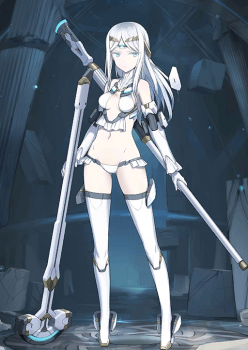 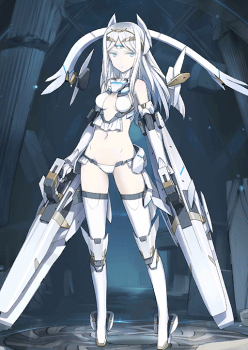 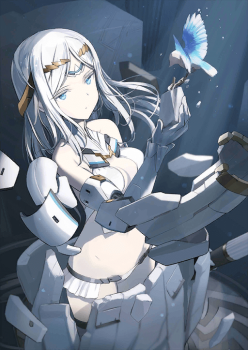 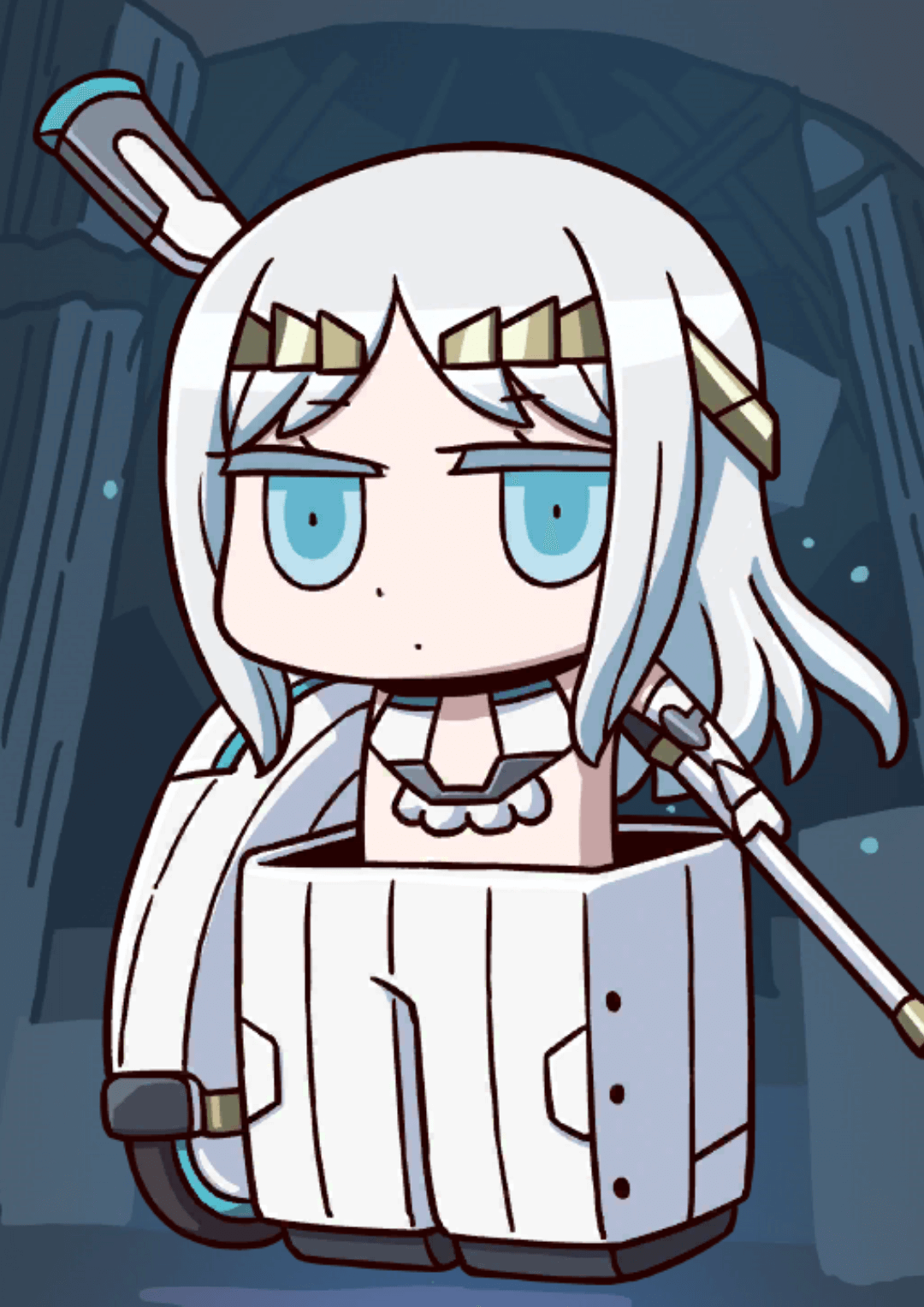 Galatea has fairly low attack and fairly high HP as SSR Berserkers go, which is somewhat disappointing on a DPS (although Galatea makes up for it in other ways). She’s going to struggle to crit as well due to her star weight and deck, and her Arts card NP gain is low for a single-Arts Servant. Her Quick card is pretty nice, but overall Galatea’s odd-for-Arts deck coupled with her less-than-stellar innate NP gain is a disadvantage. In exchange, however, she has ridiculously high NP refund, outpacing even Vlad, so once she has access to her first NP, she’ll be pretty hard to stop. For passives, she has Madness Enhancement EX to help her Buster cards a little, along with Magic Resistance to help stave off debuffs.

Galatea’s mats are of middling difficulty. Her ascension requirements are unusually mean, asking for a fair number of bronze mats on top of a smattering of Lostbelt mats. Her skill mats are more of the same, which altogether means newer players will struggle to get Galatea up to speed. For longtime players, though, it’s not a huge ask.

Galatea’s skillset it unusually distinctive as non-limited Servants go, and all three of her skills have unique and interesting traits. Recommended skill order is 1>2>3.

Pygmalion’s Love is Galatea’s main steroid, boosting her Arts and Buster cards for 3 turns. It also has a 20% battery tied to it. It’s always a little disappointing when a Servant’s battery is on the same skill as a buff that boosts NP gain, since it reduces looping flexibility, but ultimately Galatea’s NP refund is so high it doesn’t really matter in practice. The skill also gives Galatea 100% buff removal resistance once. Buff removal resistance/immunity is arguably the best form of utility an Arts Servant can have, as it removes the only way to get through Castoria’s Solemn Defense and also heads off one way an enemy might shut down a set of loop turns. This is an excellent skill all around.

Sculpted Maiden is a nifty defensive tool. It’s a rare stackable guts, which doesn’t matter a ton given Galatea doesn’t have another guts on her kit, but it can let Galatea leverage a guts CE more effectively and can be nice in conjunction with outside guts sources (like Asclepius or Paracelsus). Even more interesting, though, is Galatea’s defense buff. 100% defense up is effectively invulnerability with a few asterisks: defense debuffs or enemy attack buffs can let damage pass through, as can defense-ignoring effects and things like Divinity. In exchange, it lets Galatea potentially survive through hits that would otherwise pierce invuln. It’s an interesting trade, and I wouldn’t mind seeing more Servants with PfA-type skills in this vein.

Appy delayed buff to self: Restore HP and clear debuffs for all allies each turn (3 turns).

Aphrodite’s Boon is something of an odd passive healing skill. The buff applies to Galatea herself and triggers each turn, rather than functioning as a standard passive heal. This has pros and cons—it means you can plug out a support and have the replacement still benefit, for instance, but it also means you can’t use the skill to burn a charge of buff block across the whole party (as you might with a proper AoE buff), and if Galatea dies the effect ends prematurely. The healing itself is fairly substantial, and Castoria teams tend to be missing healing, so this can add a lot to the long-term stability of, say, a Himiko/Galatea/Castoria team. The persistent debuff removal also helps keep Galatea’s damage where it should be while she’s looping and can head off any number of annoying debuffs in a CQ. The cooldown on this skill is maybe a bit long relative to the effect, but given how much total healing this provides, coupled with the advantage of getting three party-wide debuff wipes, it’s probably warranted all-in-all.

Pygmalion Chisel Out B

Chisel of the King Who Sculpted the Ideal

Galatea has one of the best ST NPs in the entire game. It’s an ST Arts NP with an extremely high hit-count. 9 hits on a single-target NP is like having an AoE 3-hit NP that will always hit 3 targets—it makes Galatea an extremely consistent looper. On top of that, it grants a hefty NP damage buff that lasts for 3 full turns. Even if the buff only lasted for a single turn, Galatea would have a strong spread of offensive buffs for an ST Berserker. With the snowballing, her damage becomes truly silly as she loops her NP. To add insult to injury, her NP is guaranteed to reduce the enemy’s NP gauge by 1, which means while she’s looping her target will be completely unable to NP without the help of batteries. This is an absurdly powerful NP, and while Galatea’s skillset is certainly also good, this is the biggest reason Galatea is so strong.

Galatea deals a lot of damage and has very good refund. She wants double Castoria with Black Grail to maximize damage. 2004 is a good Mystic Code for supporting loopage if you want to go plugless, but assuming you plan to use plugsuit, Tamamo is the best secondary support for damage, while Waver or (ideally) Reines can help stabilize Galatea’s loops (while also providing some extra damage through their own buffs). Sherlock is also an option against defensive enemies, as Galatea has no in-kit pierce abilities. Chen Gong setups (where you have Chen kill a Castoria and use his taunt to get himself killed) are even more optimal, letting you run a fourth support for extra batteries and/or damage.

If you don’t have the supports and/or don’t want to deal with what little RNG Black Grail looping requires, Galatea’s damage is so high she’ll probably do fine with Kaleid, or even with a 50% charge CE like Painting Summer. With a generic Kaleid, Galatea has a 100% consistent loop with just double Castoria, provided you save the Castoria batteries for later turns, and with basically any starting charge CE you should be able to mix and match battery supports to swing a reliable loop comp.

While Galatea is very much oriented towards fastplay, she also has a fair number of defensive tools and pairs well with a defensive Castoria-centric team. Himiko/Galatea/Castoria, in particular, will work well, with Himiko and Castoria collaborating to protect the party and Galatea patching up incidental damage. Galatea even benefits from Himiko’s Buster buffs, for added synergy.

Again, Galatea wants Black Grail for damage or Kaleid/Painting Summer/etc for loop consistency. The goal in picking a CE for Galatea should be to take the CE that will push your damage as high as possible without keeping you from looping, so which you opt to use should depend on which supports you have available.

Galatea doesn’t especially need anything she doesn’t already have within her kit. You could stick a Command Code that boosts NP damage (like Da Vinci-chan) on one of her Buster cards in order to maximize damage off a BNPB chain in a pinch, or you could give her CCs that boost her Buster Crit damage for cases where you happen to get lucky with a crit. You could also put Magus of Flowers on one of her Busters to help cover a turn of bad RNG. None of this is super necessary, though, and other Servants may be more valuable picks for these specific CCs.

Berserkers are great grail targets and Galatea is the best ST Servant in the game. If you pull Galatea and you plan to use her often, she’s a fantastic pick for grails—although she doesn’t really need the extra help, so you may prefer to save the grails for someone whose damage isn’t already sky-high. Galatea is a Servant to grail if you want to raise your power ceiling, essentially, rather than one who actively needs higher stats.

Galatea is really absurdly strong. If you want the strongest ST Servant in the game, you should pull for her. …That said, there are plenty of extremely powerful ST Arts Servants out there and longtime players probably have tools they favor already. Vlad, for example, is also crazy strong, even if Galatea’s better, and remains more than enough for most contexts. This all means Galatea is in a weird position where she’s both absolutely excellent and kind of unexciting. If you don’t have strong ST Arts tools already—if you’re a new player or some such—she’s an easy rec, but for more established players she’s pretty easy to skip, especially since she can spook. In short, Galatea is extraordinarily powerful, but also not terribly necessary. 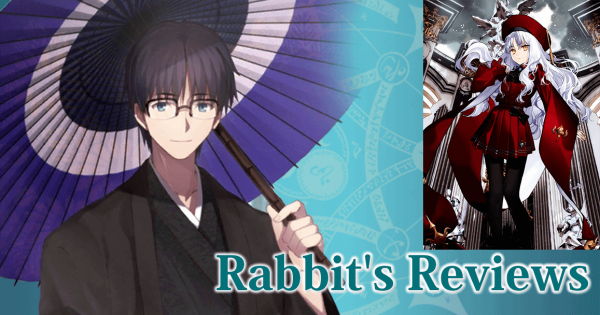 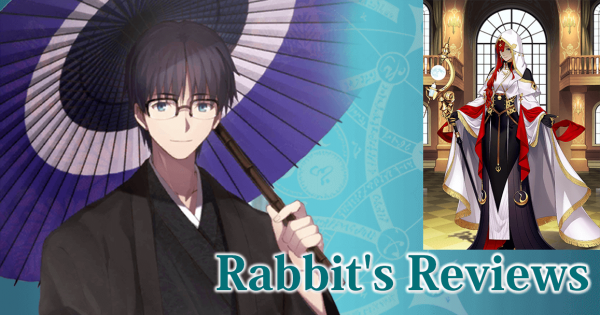 Busti's Stall Diary Chapter #258: Suspicious Looking Figures... :fgo_nitosheets:
They're pretty nice ig image512×875 220 KB image512×875 215 KB image850×1202 80.8…
Avalon's Gardens: Part 1 Chapter 1: Merlin can place onchin-chi's on anyone and it's fine
So, welcome to the thread. Here’s some rules. Speak mostly on topic, this may be an…
Camelot Knights Animation Update
Hey, just a quick question! Does anyone know when the animation update for the knights…
[JP] Holy Grail Front - My Super Camelot 2021
Next Grail Front fights featuring the Knights of the Round. Fights will last from the…
Stuffs that you'd like to rebalance or never happen in the first place
Let’s face it, this game is slowly turning into a powercreep fest at this point, so if…
Read More