Check Out RyanSwag's Video on This Topic!

Tri-Attack Porygon-Z is the greatest Normal-type attacker in the game. However, due to the fact that Normal-type damage is never Super Effective, this utility rarely surfaces. Even with a Partly Cloudy weather bonus, Porygon-Z will still be behind most Pokemon that deal Super Effective damage to a raid boss. This would be the case, until Mega Pidgeot steps into the battle.

With Mega Pidgeot boosting the damage of Normal-type attacks, Porygon-Z now has the opportunity to battle with the best of them. This article highlights which raids Porygon-Z could make use of this niche utility.

While the multiplier for the Weather Bonus combined with the Mega-type Bonus is a hair behind the Super Effective Bonus, Porygon-Z’s offensive stat line puts it on the level of, if not above, most specific raid attackers. 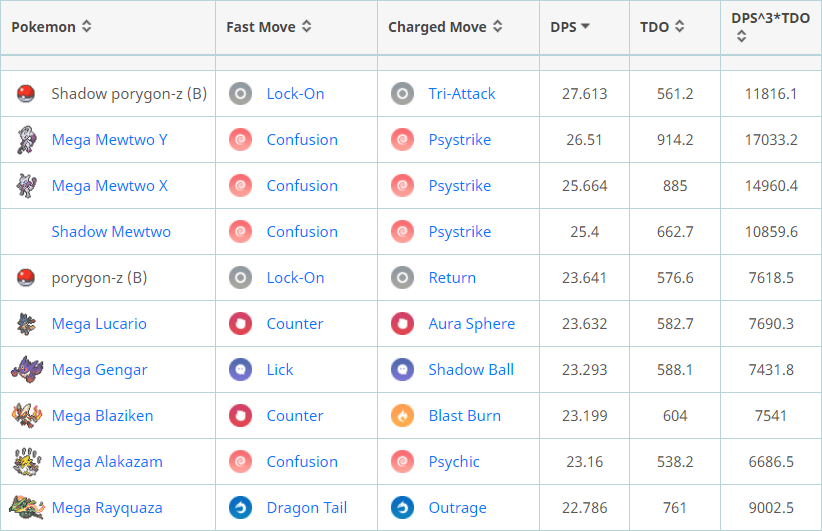 Note: Because the DPS/TDO Spreadsheet doesn’t have the Mega Same Type Bonus yet (it's coming soon), the Attack stats of Shadow Porygon-Z and Porygon-Z have been multiplied by 1.3 to emulate it.

The following Raid Boss Types have been identified as ones where the Porygon-Z/Mega Pidgeot combo could excel in. This data was obtained using the DPS/TDO Spreadsheet, using Partly Cloudy weather, and modifying Porygon-Z’s attack stat by 1.3x to account for Mega Pidgeot’s Same Type Bonus.

Having a Super Effective Hidden Power Type is required for the best results as Lock-On does poor damage. This is less of an issue against more aggressive raid bosses, as the energy you get from taking damage reduces the amount of Fast Moves you’ll need to use.

The highlights below do not feature Hidden Power as I cannot emulate it and the Mega Same Type Bonus in the spreadsheet.

Porygon-Z could have a decent showing against Ice, Flying, Fire, and Bug-types; however, Partly Cloudy weather will be boosting Rock-type damage, pushing Rampardos, Shadow Tyranitar, and Rhyperior ahead of Shadow Porygon-Z. Grass, Fighting, and Bug-type raids overlap with Flying-type damage, pushing most Flying-types ahead with Mega Pidgeot’s boost. As for Rock, Ghost, and Steel-type Raid Bosses, these are types that resist Normal so Porygon-Z wouldn’t be very effective.

Porygon-Z could also excel against dual-type Raid Bosses that reduce the effectiveness of their common counters. For example, Porygon-Z is a shade behind Raikou against Water-type Raid Bosses, but would push ahead against a Water+Electric-type Raid Boss. Given that there are 153 different type combinations in the Pokemon world there could be many opportunities for Porygon-Z’s prowess as a neutral attacker to show up. 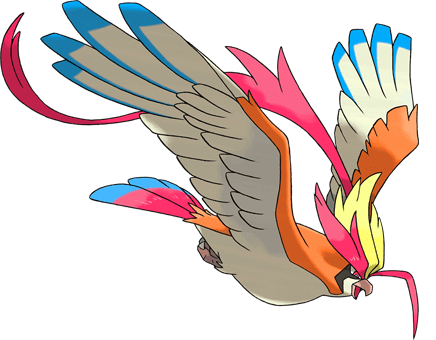 It’s not too Farfetch’d to count on Mega Pidgeot being present in a Raid Lobby:

To combo Porygon-Z with Mega Pidgeot however, you’ll definitely want to coordinate with a friend.

“Bro! It’s Partly-Cloudy outside and this is one of seven raid types Shadow Porygon-Z can be optimal in! You gotta lead Mega Pidgeot! It’s Shadow-Z’s time to shine!!!!”

That said, the DPS/TDO Spreadsheet doesn’t account for 2 Charge Move Pokemon. If a Shadow Porygon-Z were to have both Hyper Beam and Tri-Attack, it could use Hyper Beam for its superior performance, and then mitigate the “energy waste” issue by using Tri-Attack once it got close to fainting. This type of combo could put Shadow Porygon-Z and Porygon-Z’s damage a bit further ahead than presented.

With the combination of the Mega Same Type Bonus and the Weather Bonus, Porygon-Z is finally a respectable raid attacker in Pokemon GO. While actually using the combo is a bit unreasonable, it does highlight the new power that Mega Evolutions bring to raids. Today we’re seeing how stellar Porygon-Z can become with these bonuses, tomorrow could mark new levels of power for other Pokemon. Maybe even Pokemon that are more practical to use than Porygon-Z.