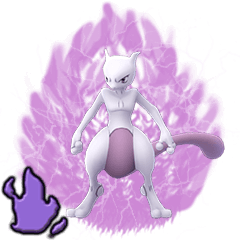 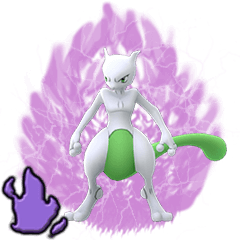 July 26, 2020; Go Fest. Shadow Mewtwo has been released, and Pokemon Go will never be the same.

Mewtwo was one of the original Pokemon to receive the 9% nerf to Pokemon with a CP over 4,000, and with good reason. At the time, it was one of the absolute strongest overall Pokemon in the game, and could operate in virtually any raid with neutral coverage alone. And now we're returning to those primordial times with Shadow Mewtwo; the new highest-DPS and overall strongest Pokemon in the entire game. To put its power into perspective, a 0/0/0 IV Shadow Mewtwo is still very superior to a 15/15/15 normal Mewtwo given the same level and moveset. So if you didn't manage to obtain a high IV specimen, it's still extremely worth raising.

DO NOT. PURIFY. SHADOW MEWTWO. PLEASE. WE BEG YOU.

Psycho Cut (1.5 DPT/4.5 EPT) gives Mewtwo the ability to use its charged moves faster, which is better suited for its squishy nature, whereas Confusion (4 DPT/3 EPT) hits much harder through shields.

Psystrike is Mewtwo's cheapest charged move at 45 energy, and an extremely powerful one too, especially considering it benefits from STAB. Shadow Ball is as powerful as ever, and hits for widely unresisted damage. Focus Blast then covers any Normal-types that would resist Shadow Ball, and it nukes the numerous Steel-type threats, though it takes quite a long time to charge. Ice Beam has the same energy cost as Shadow Ball and offers extra coverage against Flying- and (non-Ghost or Steel) Dragon-types instead. Flamethrower and Thunderbolt have less relevant coverage and aren't as efficient.

Shadow Mewtwo is incredibly squishy in any league that caps its CP due to its very high ATK stat, which makes it difficult to use. It can sweep enemy teams if given a major energy or shielding advantage, but likewise so can various other Pokemon. Overall this is probably not an idea worth pursuing for consistent results.

Mewtwo’s incredibly high Attack stat makes it incredibly squishy. Its bad matchups against Steel and Ghost do it no favors either.

Mewtwo's incredible stats, sky-high attack, and rapid-fire Psystrikes are only half of why Mewtwo is fantastic in Master League. Mewtwo's collection of secondary charged moves give it great potential matchups against a huge portion of the metagame. Focus Blast lets you instantly delete Melmetal and Dialga. Shadow Ball threatens Giratina (while hitting Steels for neutral). Ice Beam lets you hit a number of relevant Dragons, as well as Groudon. All of this leaves Mewtwo as one of the most relevant safe swaps in the format! Worth noting: Shadow Mewtwo loses non-Shadow's ability to beat Mewtwo in the 1shield straight Psystrike.

Strange Eggs, Giovanni's Return, and the 2nd Half of the Autumn Event Come to Pokemon Go