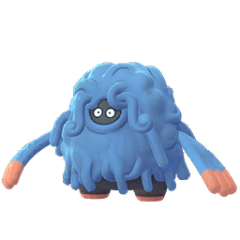 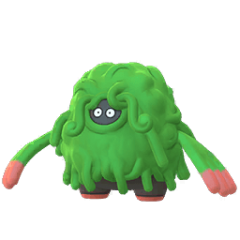 Tangrowth is an okay Grass Type attacker.. and not much more can be said about it. Use it if you really need Grass Types and don't have better options.

Vine Whip is superior to Infestation stat-wise, and it gets STAB.

Power Whip is a strong Grass-type move that costs a modest amount of energy to use. Rock Slide costs less energy, and provides very valuable coverage against four of Tangrowth's weaknesses. Sludge Bomb isn't as useful, but can nail Fairy-types and opposing Grass Pokemon. The nerf to Ancient Power following the April 2020 rebalance makes it no longer viable due to Rock Slide offering superior damage output.

Tangrowth is a mono-Grass type Pokemon with average bulk. Unfortunately without access to Frenzy Plant or Leaf Blade, Tangrowth falls a bit behind the more popular Grass Pokemon in this league, especially when considering its very vulnerable typing.

For the reasons outlined above, in this league Tangrowth is somewhat held back in same ways that held it back in Great League. Its typing and movepool is also not as much of a priority when considering how dominant Giratina and Registeel are.

Tangrowth has a max CP of 3030, which isn't very impressive considering the numerous legendary Pokemon in Master League. While its typing can be useful in niche situations, the meta in this league doesn't favor Grass-type Pokemon as much as Great League does.