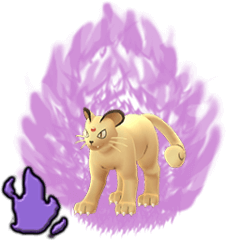 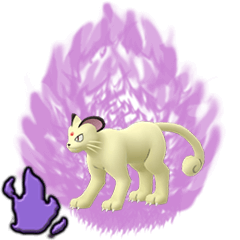 Sorry all, the fact that Shadow Persian is basically Giovanni's pet (that he literally abandons as soon as it loses) doesn't make it much better than the base version.

Feint Attack, while it lacks STAB, has better energy generation than Scratch.

Night Slash requires an Elite TM, but its low energy cost allows it to pressure shields easily. Foul Play deals more damage but its higher energy cost makes it less desirable. Do note that pairing both Dark-type moves together is not advised due to the lack of coverage. Power Gem provides wide coverage with its Rock typing, but its damage output isn't very impressive for its moderately high energy cost. Play Rough can be useful for its Fairy-type coverage against Fighting-type opponents, while Return benefits from STAB to deal the most neutral damage, but both moves cost lots of energy to use.

Much like in Great League, Persian isn't very good in Ultra.

As it turns out, not reaching 2000 CP doesn't make Persian any more useful in Master League.