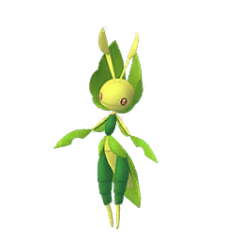 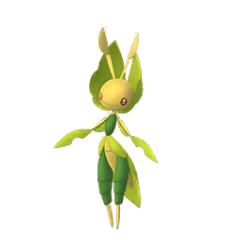 This generation 5 mantid Pokemon has almost nothing to differentiate itself from its competition. As a Grass Type attacker it's badly outclassed by basically anything with Frenzy Plant, much less Pokemon like Roserade. On the Bug side, it's actually beaten out by Scyther. Not just Scizor, Scyther. Its unique typing is the only torch that it can carry, and even that is more of a liability than a blessing because - OH LORD IT DROPPED THE TORCH AND IS ON FIRE!

Leaf Blade is one of the most efficient charge moves in the game, offering incredible damage output for the lowest amount of energy possible. X-Scissor falls behind considerable in terms of damage, but also ties for the least amount of energy needed, and provides different coverage. Silver Wind is a very poor move, despite STAB. Leaf Storm is inferior to Leaf Blade.

Leavanny's Bug and Grass coverage are mostly niches in this league, and while they can be useful against certain meta picks, they can also just as easily be useless against other meta Pokemon. Bug Bite movesets are good against Grass, Psychic, and Dark Pokemon, while Razor Leaf is mostly to threaten Water Pokemon. On the contrary, Dragons, Flying-types, Fairies, Fire, and Steel delete Leavanny out of existence.

Leavanny has a max CP of 2580, which is lackluster for Master League.