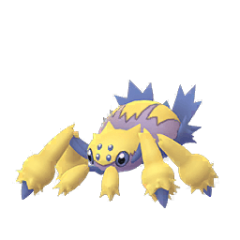 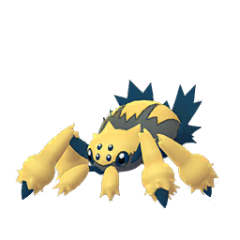 The Electric Tarantula is here at last! Too bad it's in such an awkward position!

Galvantula's attack is too low to hit top-tier power on offense, and its movesets don't offer it much. It can fill in holes in your teams, but it's not exactly a top-tier choice for anything that it can do. On defense, it has some great moveset options thanks to a sudden stealth-change right before release (Charge Beam>Volt Switch, Thunder>Discharge), but it's too frail to be worth much.

Volt Switch is usually preferred for its superior damage output, though Fury Cutter has a niche with Bug-type coverage.

Discharge is Galvantula's primary charge move, benefits from STAB, and provides solid Electric-type coverage. Lunge is what rocketed Galvantula from "neat" to "meta", giving solid damage output and a very powerful Attack debuff on your opponent.

Galvantula sports an uncommon Electric/Bug typing, but poor bulk. It became quite popular in Go Battle League as an answer to the popular usage of Azumarill and Registeel, being able to beat either when using equal amounts of shields. Volt Switch is quite powerful with STAB and generates energy quickly, and Lunge fills a powerful double role as damage and debuff.

XL Galvantula's a real threat in Ultra Premier. You'll need a Level 50 hundo, but its matchup spread is incredibly impressive. Galvantula can beat common metta threats like Skarmory, Lapras, Empoleon, Gallade, Venusaur, Dragonite, and Togekiss. Even in your losses, you can land Lunge debuffs to set up for a farmdown. Galv is good!

You wouldn't send a spider to fight a dragon, would you? 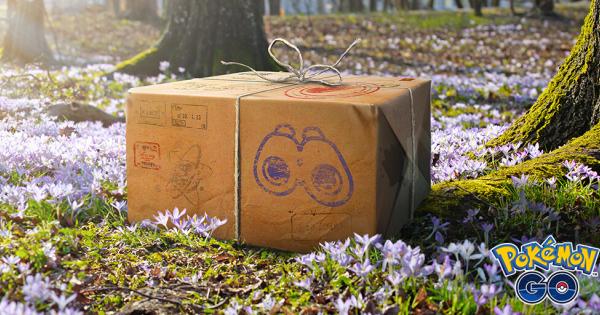 Best (future?) Hundo evoli
Still have a hundo Eevee lying around and already have a hundo glaceon which i don’t…
Level 42 Challenge - Eevee Evolutions
Working on the Level 42 requirement of evolving Eevee into each of the unique 7…
Great League Remix
Top 10 pokemon by usage in Great League GBL are banned for the cup, banned mons were…
Shadow Poll
Hey people, I have seen that some support shadows and some don’t enjoy them. I want to…
Happiny
I need a happiny for the dex… I have hatched around 35 2 km eggs for the easter event…
Read More